Ed. Note: FYI, this posting has undergone extensive revision since initial publication — these largely taking the form of additional thoughts, information, and links; as well as a few updates in re consequences. Most recently revised 7/6/14.

As I had all-along suspected that I would do during this visit, I finally gave in to Little India’s wiles, sat right down inside a very highly-regarded restaurant advertising “World Class” quality of same, and ordered up a small-/medium-sized Veggie Buryani. Though I don’t doubt its authenticity, it bore very little resemblance to the Pakistani Buryanis of which I back in the day done stuffed so many down the gullet. Nevertheless, yes, it did yield thirty minutes of sheer blissful deliciousness.

The twin banes of the addict: Woke up this morning with a raging wicked sore throat – and a gnawing craving to go order up even another batch of the stuff. Insane. Both of these persisted throughout the day, and were joined this very eve by a slight fever, mucus production, an overwhelming tiredness, an annoying cough, and a general feeling of bone-aching shittiness.

Boy, do I not miss these types of symptoms! (To be fair, it surely didn’t help that rather than resting and fasting all day as I should have done, I went out exploring the city during the hot/humid broiling heart of the day; consuming four kilos of Mangosteens, a Coconut, and a small Durian along the way. You reap what you sow, ain’t it?)

Frankly surprised at the depth and breadth of these symptoms. I surely expected that there would be consequences…but was certainly not expecting anything near the severity which has in fact resulted. Don’t know whether the restaurant perhaps employs MSG or similarly nasty chemicalised flavouring methods — never have to check that kind of crap when you’re only eating whole, fresh produce — or whether it’s all been caused by the “normal”, “healthy” ingredients used in preparing from scratch any delicious cooked meal.

This little experiment, coupled with my cooked-eating experiences trekking in Nepal have yet again hammered home to me the pernicious effect of food-processing. Whilst trekking, I was eating of fairly large quantities of plain boiled rice and plain boiled potatoes every day. Not only did I not fall ill (‘til ascending above 3,000 metres – symptoms immediately alleviating upon descending back below 3,000 metres), I was able to keep up a rather arduous trekking regimen — Kieran and myself were a full day ahead of the recommended schedule by the end of our fourth day — while schlepping fifteen or twenty kilos of dead weight upon my back.

So while I wouldn’t by a longshot categorise as optimum the feeding upon of steamed or boiled high-carb whole foods – your ears of corn, your spuds, your squashes, your grains of rice – I do truly believe that the occasional consumption of these is a far sight better than “enhancing” the natural blandness of starches and meats with generous administration of the so-called irritants. David Klein enumerates these as follows:

Though perhaps not so irritating to our delicate innards as the above, I would also add oils as a quite strong culprit, being that they give no nutritional value while at the same time contributing disproportionately to making one’s fatass all the fatter indeed. (Fat in the diet is also – perhaps counter-intuitively — the primary contributor to blood-sugar issues and Diabetes.) But oil is quite pleasing to the senses, la (as is for example Cocaine, so I’m told…) – when we slather some onto our food and eat up, we want to eat up more and more and ever more.

It’s not the cooking, in other words, that makes cooked foods addictive – it’s the oils and the salting/spicing/seasoning/saucing/fermenting. And these are also, in my experience, the very same substances which fuck our collective health ten ways from Sunday.

And in case you’re wondering whether such seemingly small quantities of these in relation to the entire dish can possibly be so potent: sure, they can. The lethal dose of salt is one ounce. Or, think of how quickly plucking a tiny, little Chiltepin from the tree and munching it down sets one’s mouth aflame and nose adrip, and has one scrambling for the nearest jug of water — “The solution to pollution is dilution.” It’s poison. A little bit goes a long way. (Oy, to think, I used to add these little monsters to my curries — dude working next door to the restaurant had a tree, and shared liberally.)

It’s an opinion, I suppose, based as I say upon my own personal experiences. Others’ mileages have been known to vary. Harley Johnstone and his partner-in-crime, Freelee, for example, built a massive online empire preaching (mostly at first to the unconverted) the 80/10/10 Gospel – only to chuck it aside in favour of a High-Carb Cooked Vegan dietary which includes lots of processed sugars, oils, grains, and irritants. They say they’ve not noticed any ill effects following this dramatic change.

To the extent that’s true, it’s at least partly owing to their very active lifestyles, and to access to an abundance of Australian sunshine and fresh air. Also, I assume they’re still dedicated to getting ten to twelve hours of sleep — the best medicine there is — per night. But I suspect it’s mostly owing to them being in their twenties, and me – who can’t even handle a measly little serving of Veggie Buryani – being in my forties.

In an excellent, heartfelt interview published on July 2 of this year, Michael Arnstein highly doubts the possibility that the quantities of grains and processed foods they’ve shewn themselves devouring would pass through their systems without leaving a mark. He also shows some clips of Harley’s video sermons from 2008, claiming him as the major source of inspiration for himself, a fledgling Raw Foodist struggling to maintain his integrity in a world in which the support community was woefully inadequate. (This has now, of course, changed — thanks in very large part to Harley’s and Freelee’s tireless contributions.)

I can add that I gained similar inspiration from Harley’s work, and it greatly informed my thinking at that time. While he’s free to follow any path of his choosing, it does feel tragic to have lost such an accomplished, passionate, knowledgeable (yet street-smart) voice which had so brilliantly and consistently rang like thunder from the heavens in support of not only health and fitness, but for animal and environmental justice as well.

Had previously known Arnstein only by name, but highly recommend this interview, despite its at-times gossipy nature, as Michael’s impassioned — and compassionate — reaction to Harley’s and Freelee’s defections rings with authenticity and bears the scars of having learnt the hard way the only truly reliable path to superior well-being.

All that said, I’ve certainly met more than a few others who consume mostly raw fruits and veggies, but also with varying frequencies partake of cooked meals, and live happily to tell about it. More power to them, yo. And more power to anybody who feels great eating the Standard American Diet.

But if ever you begin feeling your years – for me, it happened almost precisely on my thirty-fifth birthday – and would like to turn back the clock some, try removing from the diet all processed/seasoned/salted/oiled foods and beverages. And to turn the clock back even more, one could go the full nine yards: All-raw, all-vegan, very low fat. “As much fruit as you want, followed by as many vegetables as you care for,” along with, if desired, very limited quantities of nuts and seeds.

Summer is a great time to initiate such a campaign. I’d recommend, to begin, eating only Watermelon (as much as you want), and drinking only purified water, for three or four weeks’ time. Everybody loves Watermelon, and it’s impossible to get sick of it (trust me, if anybody’s eaten enough to know, it’s yours truly). Not only this, but Watermelon is also the easiest known food for humans to digest, as well as being the most hydrating — well, apart from Coconuts.

Which is good, ’cause the body will need lots of water as it begins the detox process, ushering the results of decades’ worth of wack-ass feeding out of any and every orifice it can find. A month should be enough time to complete the detox — or at least to give it a very nice jump-start. Hot tip: Make sure to always have plenty of Watermelons on hand, and to get rid of any and every thing else you might consume, because the cooked-food cravings are going to be almost unbearable.

Then, come late-July/early-August, when the Farmers’ Markets are filled to bursting with all the colours of the rainbow, hie your dimpled patootie to the nearest location of same, and load up on the bounty. Gorge yourself upon all your favourite fruits; and feel free to indulge as well in Lettuces, Spinaches, Cucumbers, Tomatoes, coloured (i.e., not green) Sweet Peppers, Okra (raw Okra is too fucking good!), Celery, Sweet Corn, Tomatillo, and anything else that catches your fancy.

Just remember: If you can’t eat a big massive heaping helping of a given food in its raw natural state — if you can’t make an entire meal of it — it’s probably not fit for human consumption. Also…be prepared to part with plenty of dough. (You can save a bunch purchasing fruit by the case.) Comes with the territory. Think of it as money not requiring to be spent on drugs and surgeries. Besides, eating local/organic/in-season/no-barcode fruits and vegetables…there is no more righteous form of swamp-ass-militant hit-’em-where-it-hurts activism than this.

During this time, one may perhaps opt to brush up on the ol’ book-learning. T.C. Fry’s Life-Science Course is a hella exhaustive place to start. Read it cover to cover, or select topics as desired. And Doug Graham’s 80/10/10 Diet is damn-near canonical.

For your hard-copy-printing and mobile-device-toting pleasure, I’ve decided to open up a little archive here on the site. I’ll add to it as time permits — and as soon as I’m somewhere with a half-decent Internet connection, I’ll put some audio as well. To begin with, I’ve uploaded both of the above titles in PDF, EPUB, and MOBI formats.

After three months, try re-introducing some of your old fave foods, and see how your body reacts. If you’re like me, all your old chronic symptoms will come rushing back — only worse than before, and taking longer to clear when returning to the all-raw ways. You’ll quickly have all your cooking implements in a cardboard box out on the kerb, no matter how strong the cravings may be.

An aside to Paleo advocates: Sure, sure, eat all the meat you can. But know that Carnivores don’t cook their meats. Nor do they load them up with BBQ sauce, catsup, spice rubs, and marinades. Oh, and they don’t restrict themselves to the “flesh” — they also devour the gristle, the bones, the guts, the organs, the fur, and everything. Bon appetit!

If you’ve made it this far, thanks for reading. When it comes to these matters (unlike some other matters which we shan’t just-here mention), I don’t care to proselytise. But this Little Indian experience has been so striking to me that I wanted to get some thoughts down on paper. We’ll return to our regularly scheduled hijinks soon enough.

In the meanwhile, if anybody reading this has any questions, feel free to ask. I can be reached via e-mails on any username you’d choose to invent (e.g., “Dalrymple”), c/o this domain. I’ll probably just end up pointing you in a certain direction. But you never know: six-and-a-half years into this lifestyle, I have learnt a thing or two meself…

Maybe it’s being in a Muslim country during Ramadan (or what); but somehow I feel all religiostic, and such. And so I enjoin upon you: In Fruitgod We Trust! Garden of FUCKING Eden (is what I’m sayin’). Eat right and prosper, my children. 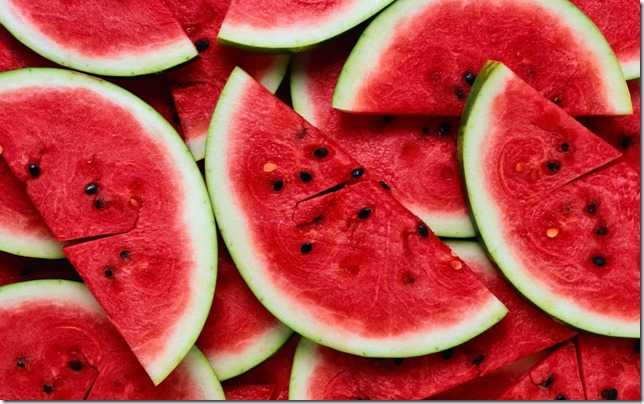