Well, on Christmas Night I done and et my first Durian since coming  to Hawaii. See, they’re three bucks a pound here (compare with one dollar per — Thai, frozen — in Seattle’s Little Saigon district), which is decidedly out of my budgetary range. But I figured, “‘ey, what the Hell? It’s god damned Christmas, ain’t it?” And so I ponied up the loot. Here ’tis (the Durian, I mean; not the loot): 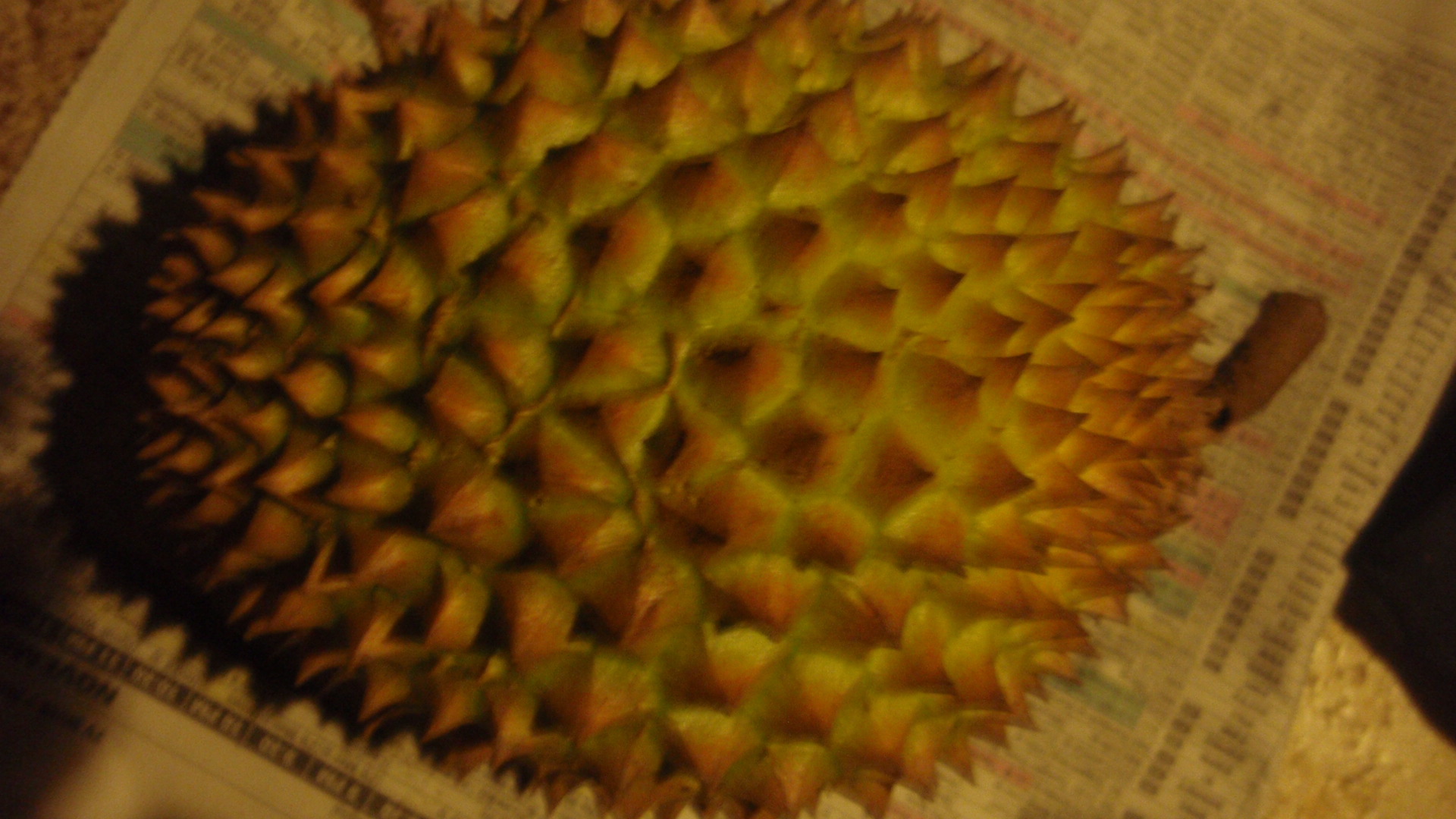 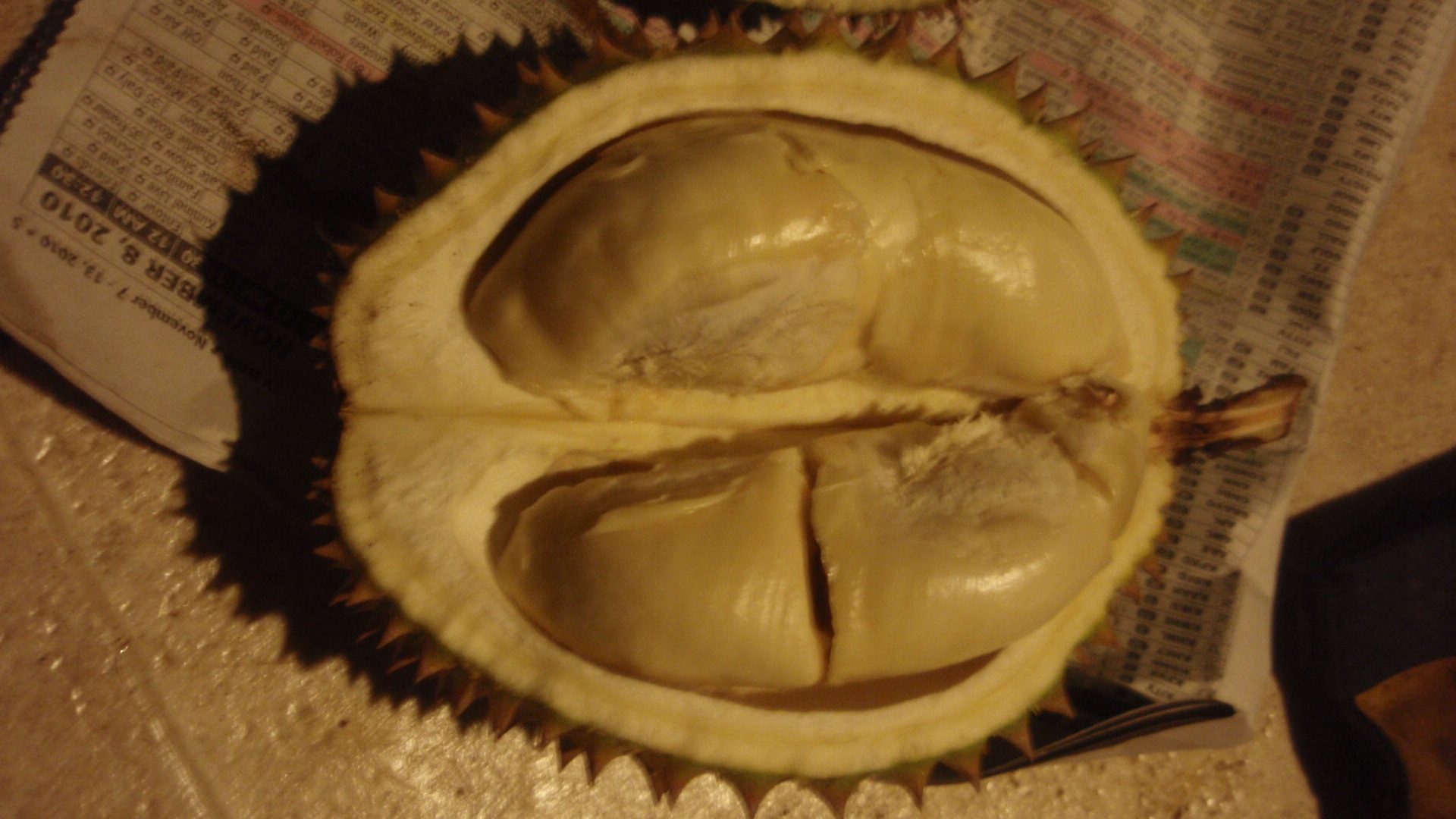 To be perfectly honest about it, the experience was a bit underwhelming. It was good, mind, even very good. But not quite what I’d been expecting given the aroma, which was driving me crazy (the fruit was purchased on Christmas Eve morn). Huhn, I wonder if there’s an already-coined term for being driven to apoplexy by the most beautiful, wonderful, delectable aroma that ever there was in the universe?

Anyhow, it’s possible that I may have done eaten it before it had reached its absolute peak of perfection — it had only just begun to split open. But I figured that if I didn’t eat it right quick, I should surely perish; and so eating the less-than-perfect Durian was perhaps the wiser choice.

Here’re a coupla nice large ones, in case you’re curious, photographed from the Hilo Farmers’ Market a few months ago. 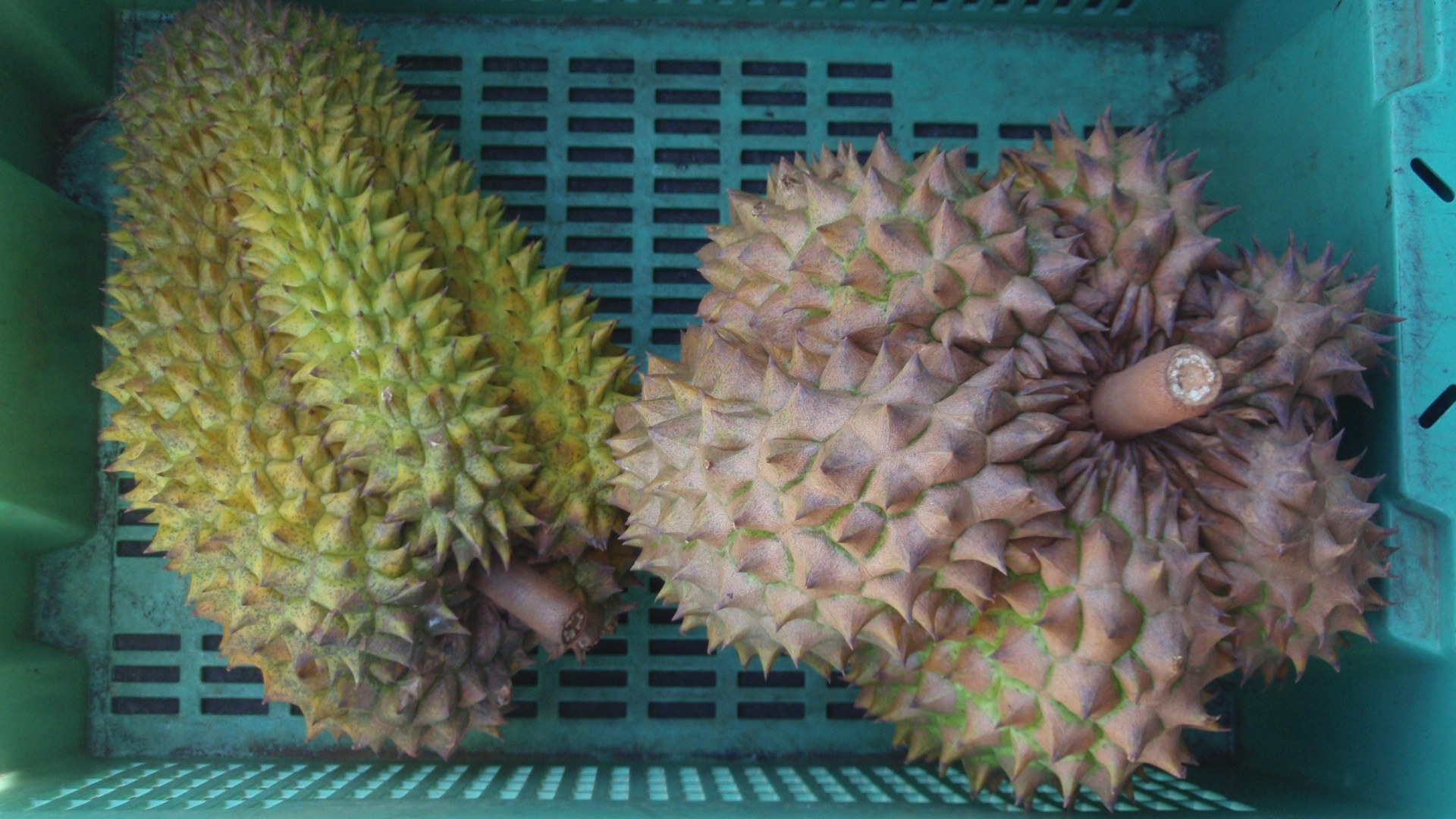 By the way, I decided, in order to document The Saga’s official commencement, to finally bust out and use this damned web-camera-ma-jig embedded into my laptop. But it was too dark where I was, and I was too lazy to get somewhere with some more light.

But I’m digging this self-portrait! Makes me look kinda like Brando in Apocalypse Now (except maybe not quite as bulbous), wouldn’t you say? 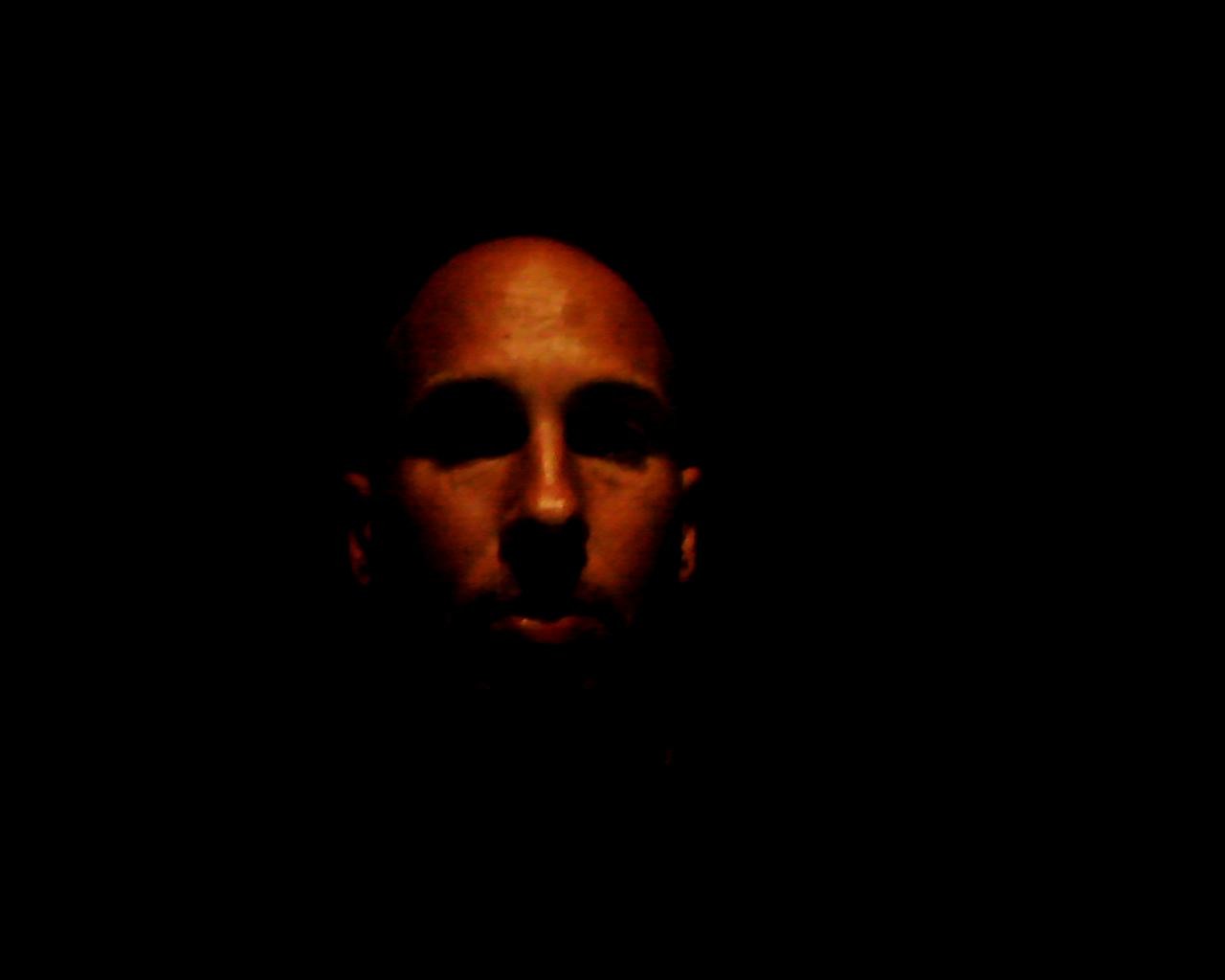 This entry was posted in Durian. Bookmark the permalink.