Our last day on Oahu. After getting ready to leave, I gobbled down the last of the stash of super-delicious island-grown watermelons. Soon enough, we made the final drive from the North Shore to Honolulu.

Our separate flights — the rest of the family to Seattle, myself to Hilo — departed within a few minutes of each other, so I hung out with them in their departure terminal until they began boarding. After some tearful good-byes, I busted a move down to the inter-island terminal, and boarded the aeroplane for my third-ever flight. This one seemed much quicker than its one-hour duration. 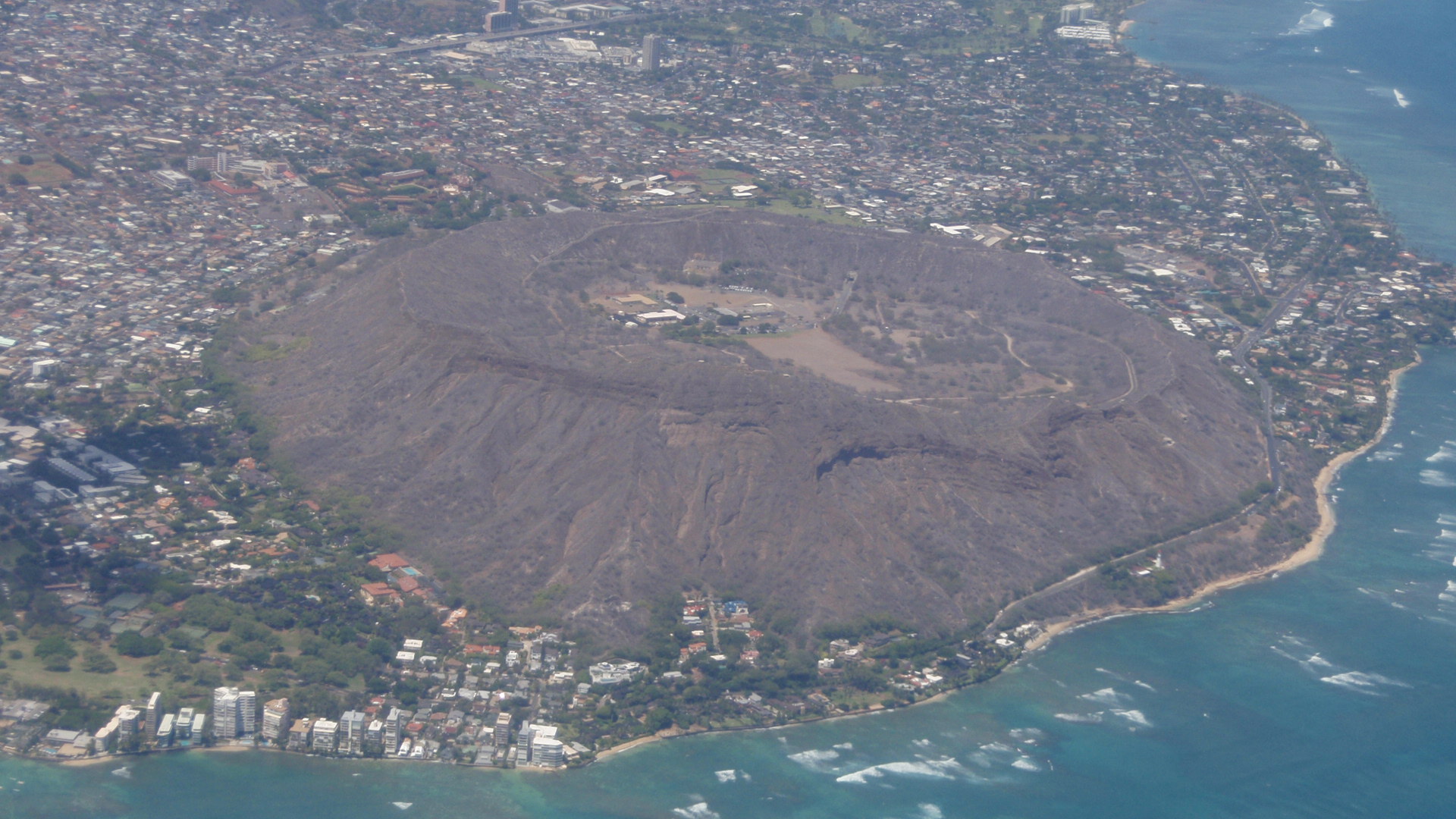 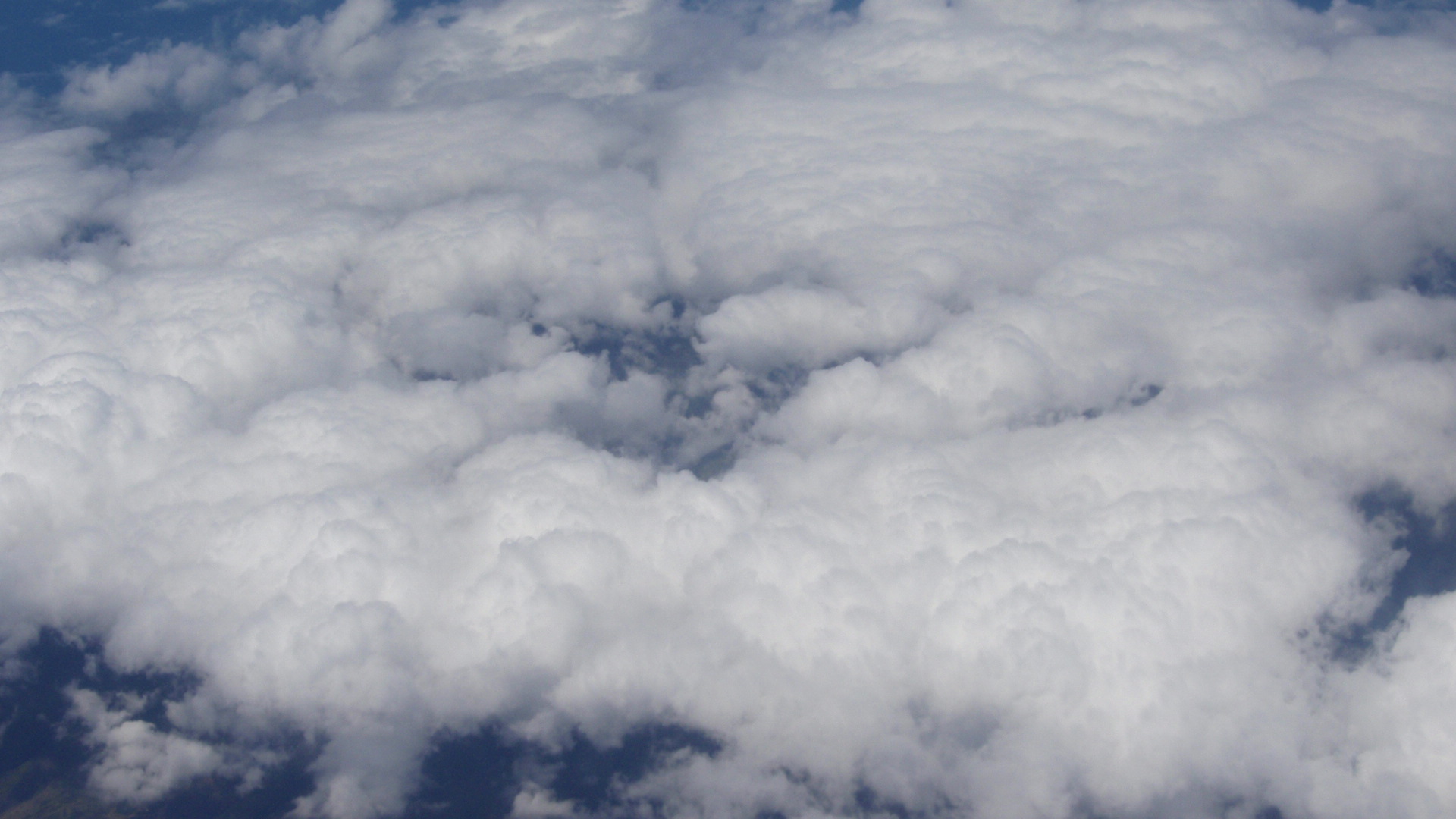 After touching down was the Very Long Walk to my hostel. No bus service from the airport (?), and I’d have been damned if I were going to pay $20 (or some shit) for a cab ride into downtown. So, walk it was. Actually, it’s not that the walk was so long, really — about three miles, I think — but that I was carrying a heavy-assed backpack and a heavy-assed duffel bag, added to which it was a hot-assed day.  Suffice it to say, that I was all too happy to finally reach my destination.

After scarfing down not one, but two salads, and a nice visit to the nearby beach… 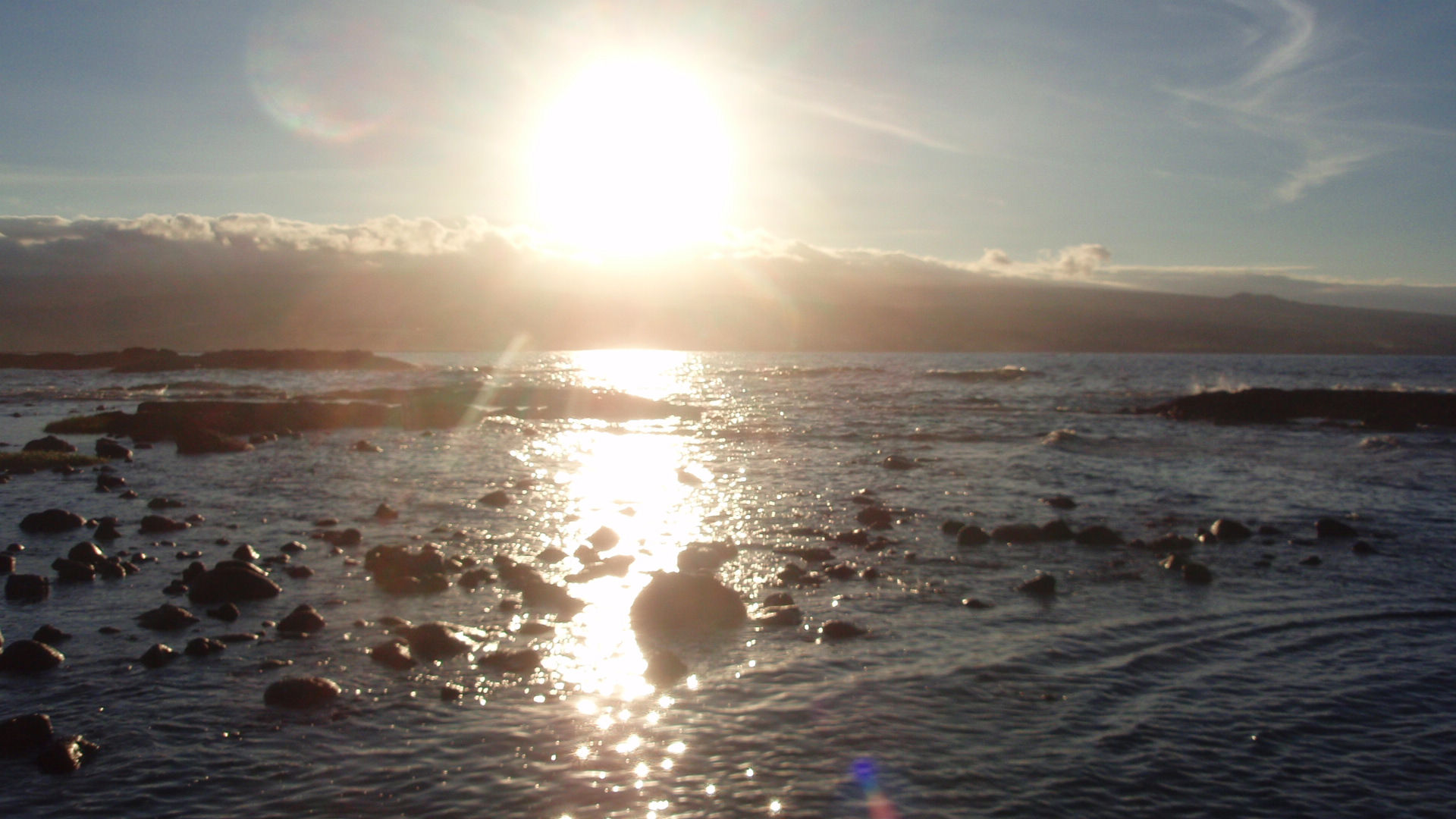 …and a quick call home to learn that the fam-damily had indeed arrived safely in the Sea- to the -Tac, I was out like a light.

Next morning, while waiting for the bus into town, I spied the coolest leaf ever. But ever! See if you agree: 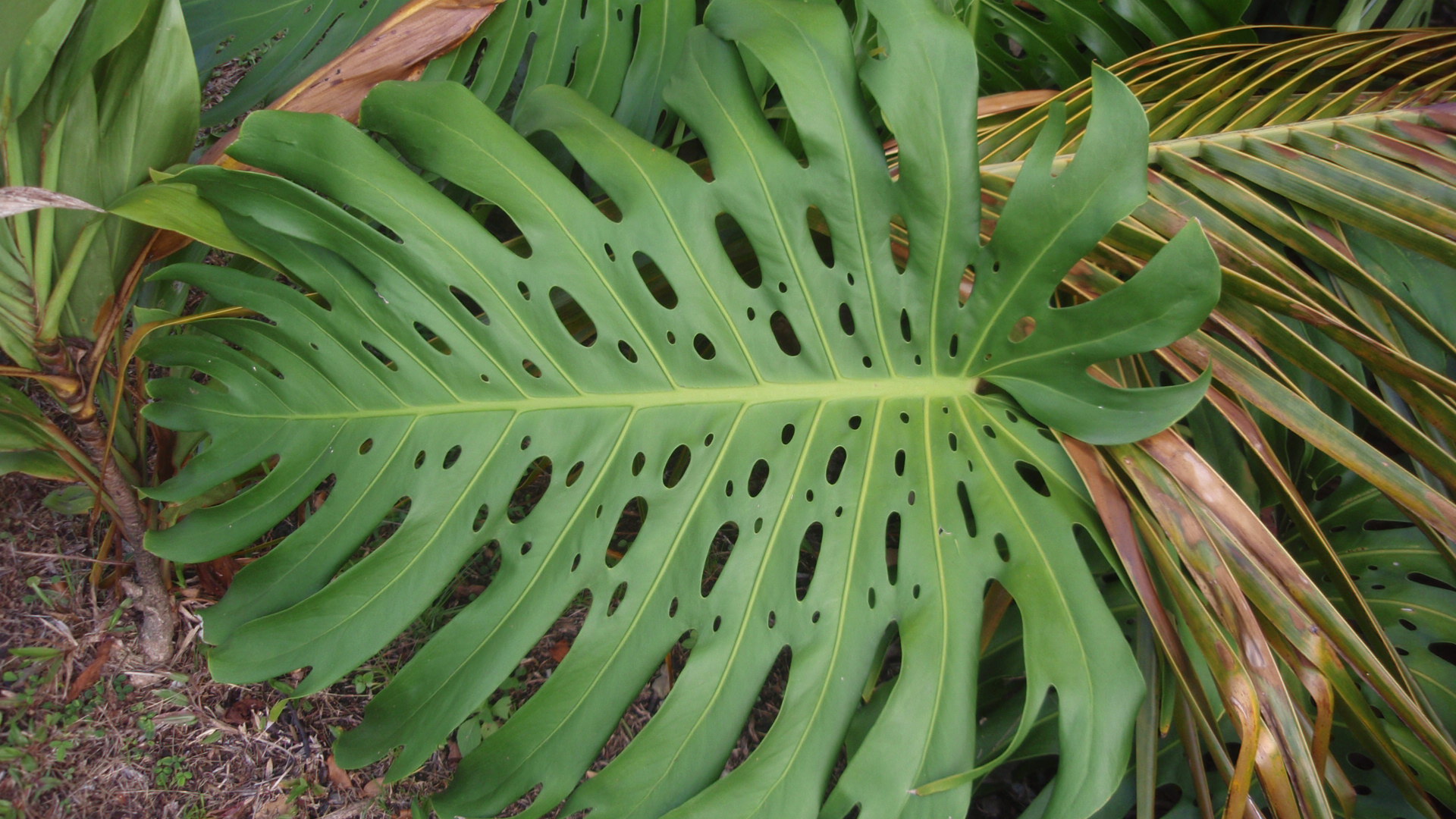 It happened to be Farmers’ Market Day in downtown Hilo town, and so I eagerly ate down the first bunch of what would prove to be several hundreds of my new favourite banana — the Big-Island-grown Williams. Fucking delish, mang!

Soon enough I was picked up by the proprietor of my first farm-stay, we arrived at the farm, and within fifteen minutes I was weeding Coconut beds…

This entry was posted in Flora, Road Trippin'. Bookmark the permalink.