The National Folk Festival landed in Butte, Montana this year: Happy!  Alas, it was the third year of its three-year run here (the first site in several decades’ time, if you could believe it, west of the Mississippi); and will move on, beginning next year, to Nashville: very, very sad!

Butte is (was) a great site, as not only are the locals un-used to seeing acts of such exquisite calibre playing in their town; but also the performers themselves, hailing mostly from the East and South, are rather un-used to seeing mountains. So there was much love flowing in not one, but two directions.

I had hoped that this year’s Fest could be about 15% as good as last year’s awesome-assed blowout.  Instead, it turned out to be about twenny hundred jillion times better.  Okay, maybe not that much better – but definitely mind-blowing.

If I absolutely had to choose a favourite act (thank the stars I do not), I guess it’d be the Big-Apple-based salsa band La Excelencia. So hot was the band’s set that it was actually called out for a real encore (that is to say, all of the sound equipment had been turned off, and we had to wait for it to be turned back on again before the festivities could resume). 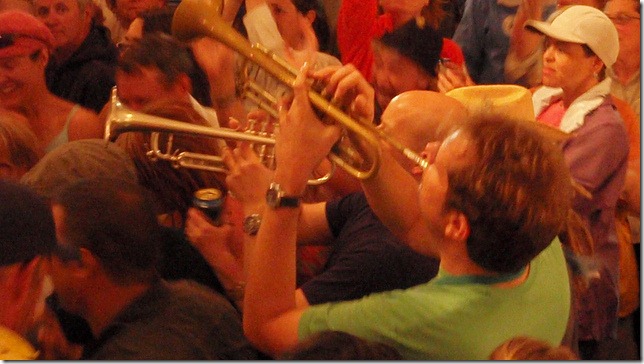 The band played played the “Dance Pavilion” venue – totally the bitchenest venue at the fest, for those acts with enough volume to fill up the space. It’s essentially a large outdoor club, covered by a sideless tent. But there’s no barricade in front of the stage, allowing for maximum audience/performer intimacy; and security is so easy-going that when some performers elect to drop into the audience, one can without hassle hop up onto the stage and take photos of the goings-on.

Preceding Excelencia at the Pavilion Saturday night were Super Chikan & The Fighting Cocks, rocking out their Delta Blues like nobody’s business. Chikan, a stone-cold force of nature with the axe, uses instruments hand-made from whatever materials happen to be available (including, as one can see, a literal axe): 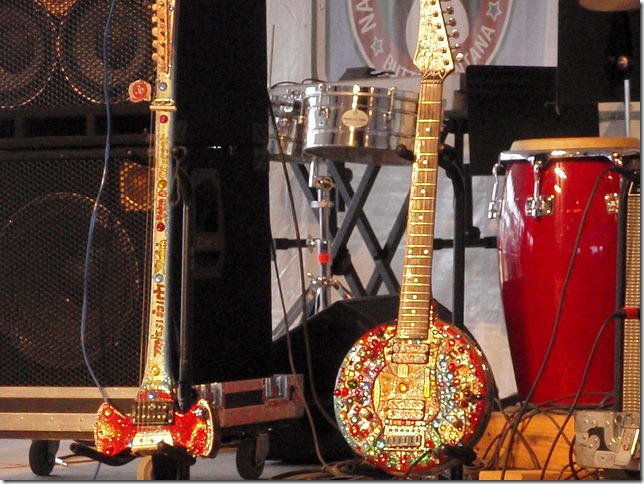 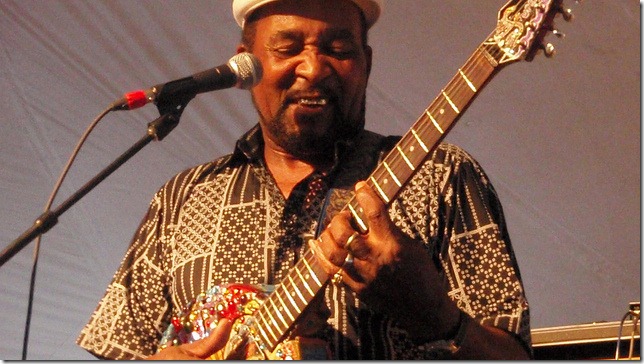 My next fave was surely the highest-energy act of the Fest, the dazzling Hassan Hakmoun and band, whose Sunday afternoon set in the Pavilion was lamentably cut short owing to aeroplane schedules. 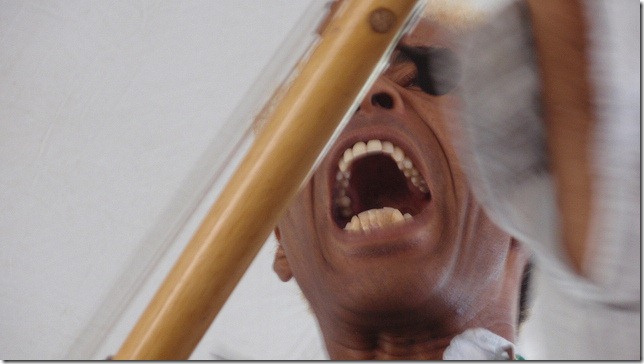 Also too awesome for words were Stanky & The Coal-Miners, a kind of Polka/Klezmer mish-mash… 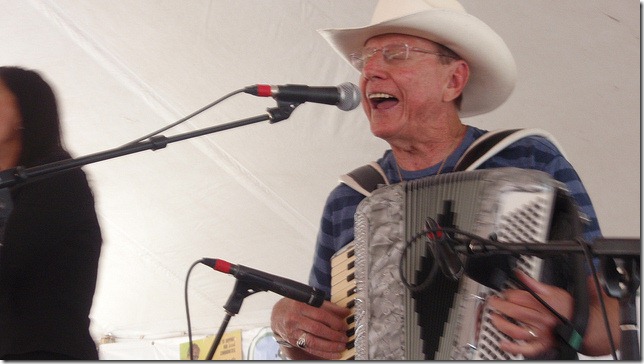 …and the Hungarian stylings of Roma Nota, a Chicago-based supergroup, whose set here was in fact its first-ever performance. 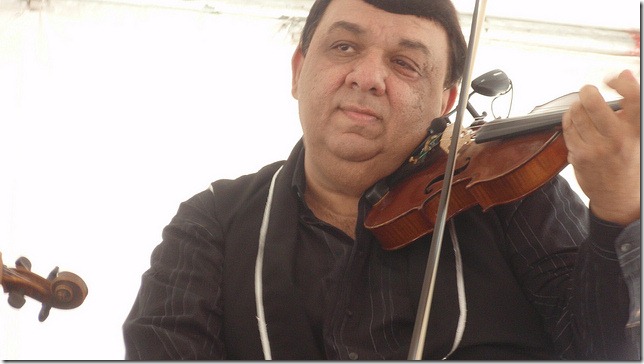 And that’s only roughly the half of it!  This much scintillating music packed into such a small time-period should perhaps be illegal (or at the very least inadvisable); but, dammit all, I’m a-seriously considering getting my dimpled white ass over to Nashville for next year – and I bid all y’alls do the same!

Many, many (granted, probably too many) photos from both years’ fests available online. And if somebody wants copies of my recordings, get in touch, and I’ll see what I can do.