Indonesia may be the most bipolar country of them all. Its maritime scenery is unbeatable, its music – both traditional and modern – is probably more enjoyable even than the music in Cambodia (and more populist, too: In Indonesia, every third person, it seems, is carrying a guitar), the local citizens are fascinating and friendly (if a little too insistent that the tourist must become proficient in Bahasa), the fruit delicious and cheap.

On the other hand, the pollution, as I’ve said, is at times simply staggering to both mind and soul; the motorcycles are more despicably over-the-top loud and fuming than anywhere, intercity transport is difficult-to-impossible, accommodation is quite expensive and poor value for the money (though the hotels’ staffs are always very friendly), and so on down the line.

And, like India, it’s so huge and varied that it’s almost impossible to even try to make a proper visit — of any single island, let alone the entire country. I feel, after one month there, that I scratched even less of its surface than I did of India’s. A perfect excuse to plan a return visit, of course – but only, I must say, when the Pelni’s fares are in a reduced state again!

Yogyakarta is the country’s top tourist destination. However, when one arrives, it quickly becomes apparent that the ancient temples, Borobudur and Prambanan — while they draw the tourists like flies — don’t occupy an overwhelming place in the local cultural imagination (as is the case with, e.g., the Angkor Temples in Siem Reap and the Himalayas in Kathmandu). Instead, Jogja is obsessed with its role in the traditional arts of Wayang, Gamelan, and Batik.

As regards the latter, every third shoppe – perhaps every other – is a purveyor of that most famous of all handicrafts, while the Batik museum is so exhaustive one suspects its proprietors must be more than a little OCD. If so, methinks it’s only the highest form of respect for me to have taken as many photos as I did! Here’s one of them; find dozens more – along with oh-so-many masks and puppets from other museums – over at the Flickr page. 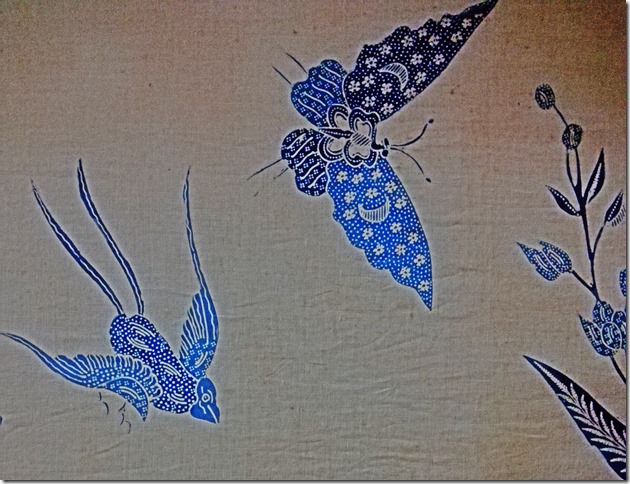 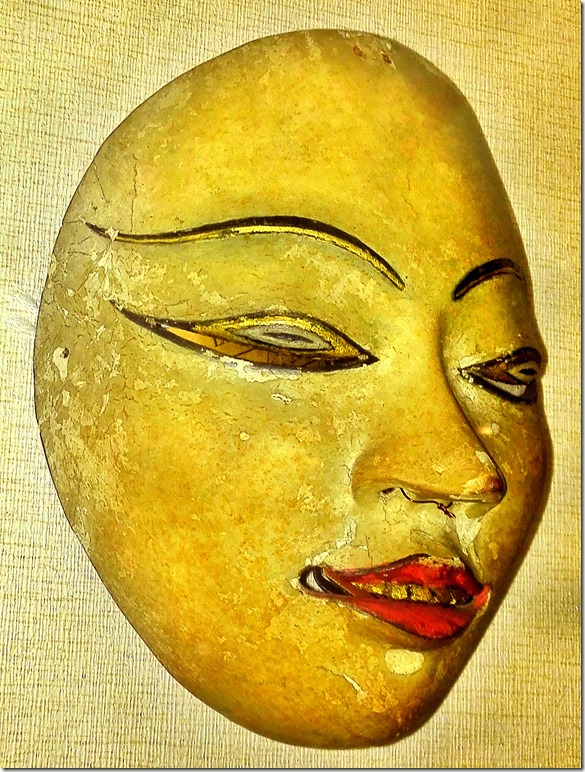 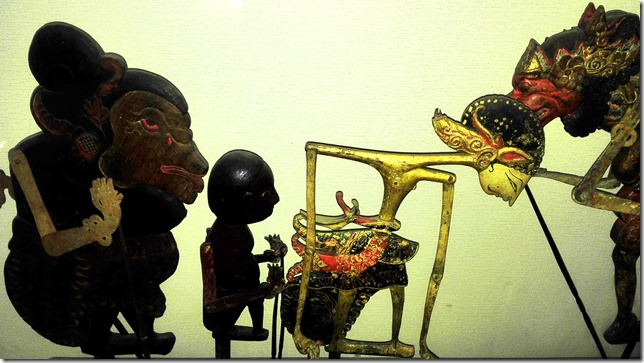 The puppets and masks are beautiful enough when displayed in the museum setting, ‘tis true. But they really capture the imagination when combined with the music and put into motion, as is done in the daily and nightly performances – masterfully realised affairs which somehow cost only a few dollars to be privileged to witness. Here’re a couple of clips – one using three-dimensional puppets, the other using shadow puppets. The latter clocks in at about twenty minutes’ worth of excerpts – it’s really worth it to stick with it, despite the extended length and the language barrier, as the appreciation of the true magnificence of the beauty and accomplishment of the medium imparts quite gradually.

And, but, hold the phone! Here’s even one more puppet performance – this one, as part of the city’s Chinese New Year festivities. I’m not quite sure whether this fight scene is being performed by two operators or only one, but, either way it’s quite impressive!

Don’t worry, though: I ain’t a-gonna leave you high and dry without any ancient-temple pics. Perish the thought! The truth of the matter is, alas, that I found both of the sites to be on the underwhelming side. Borobudur, even claiming the title of World’s Largest Buddhist Structure seems decidedly inconsequential in comparison with not only Angkor, but even with the temples in the Kathmandu Valley. Not to say they’re not worth visiting, however. Here are some sample photos – the full panoply is, as always, over at the Flickr. 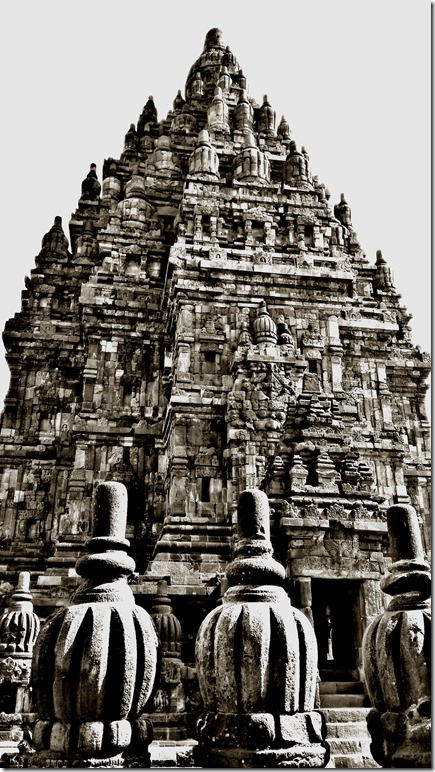 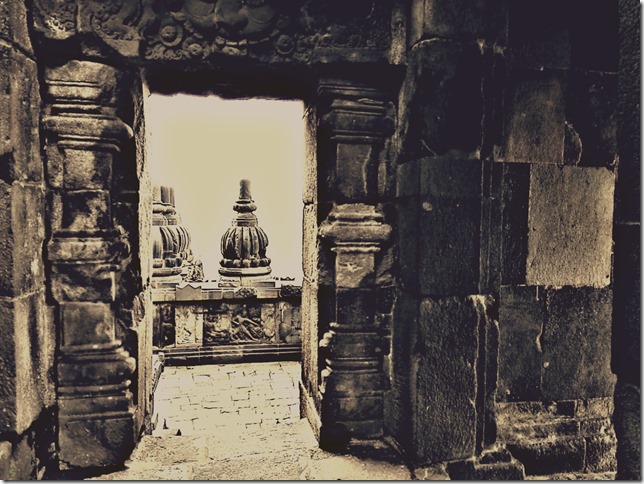 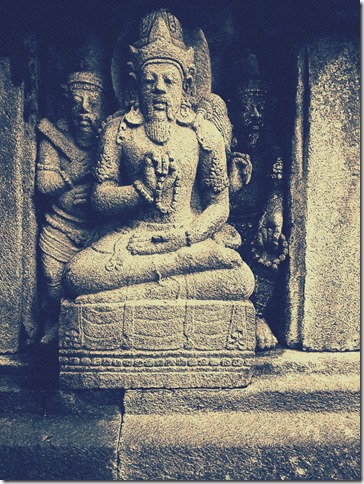 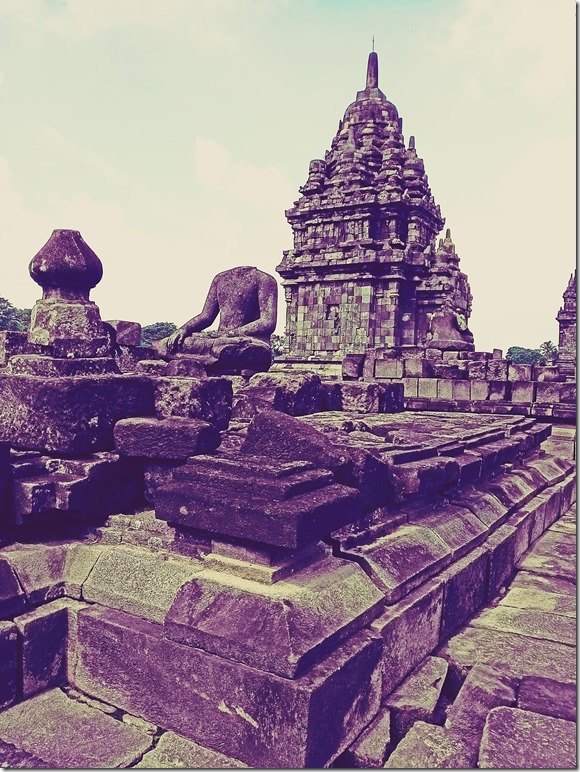 The above are from Prambanan, the (mostly) Hindu site located just east of the city, quite near the airport. Borobudur, one of the World’s most famous temples, is a bit more difficult to get to, as it requires two different local buses totaling a couple hours’ ride each way. The two sites – though one be Buddhist, and the other Hindu — date from the same period. Don’t take the above words the wrong way: Borobudur is very impressive, and it is very beautiful (and the mountain/jungle backdrop is a sight to behold). It’s just that, once one has visited Angkor, everything else kinda pales in comparison. 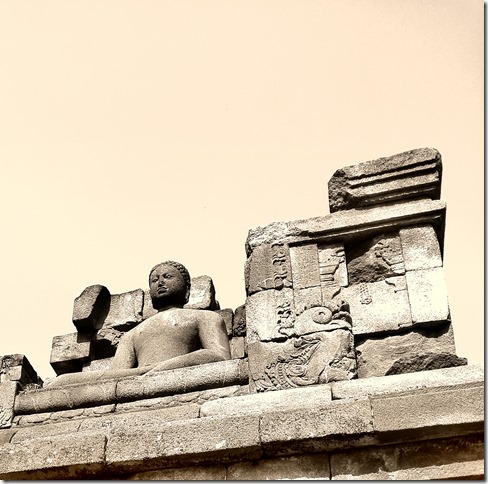 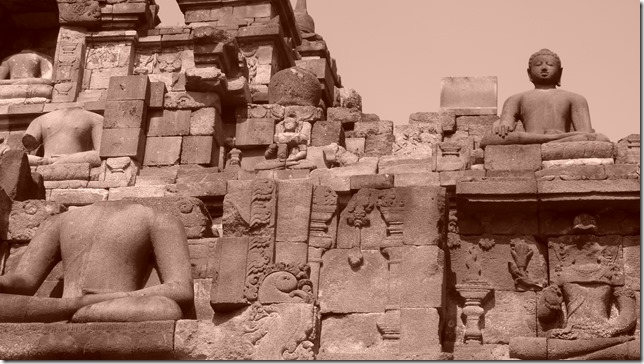 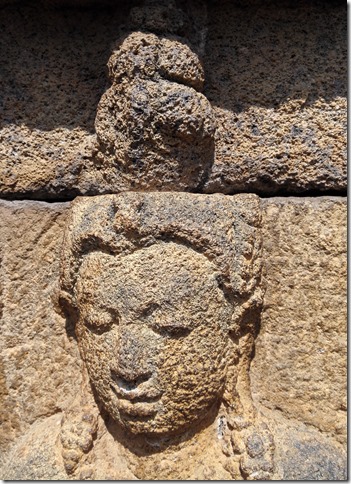 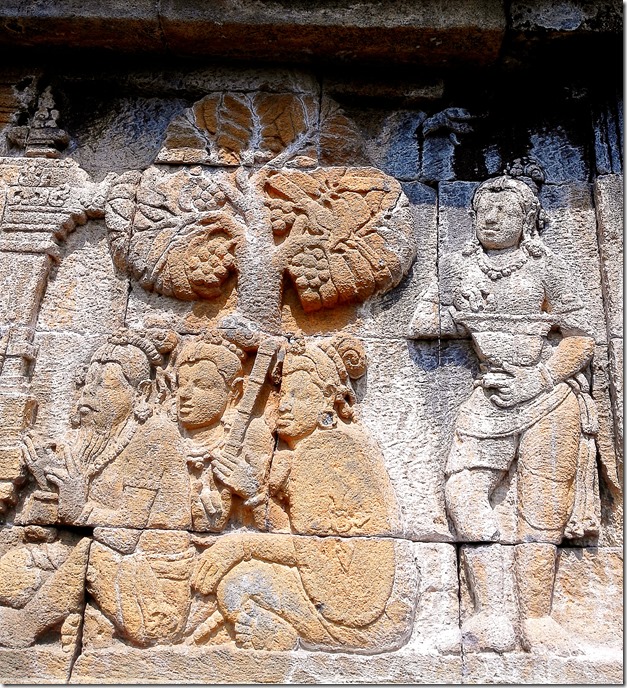 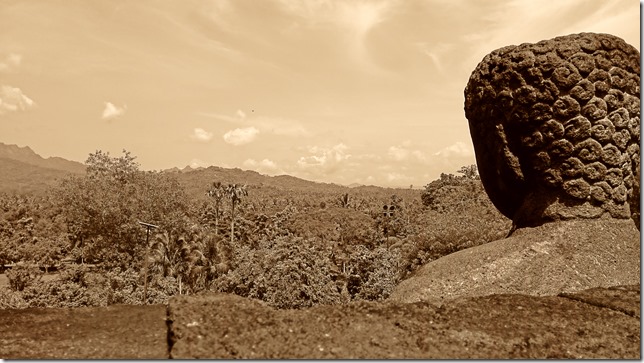 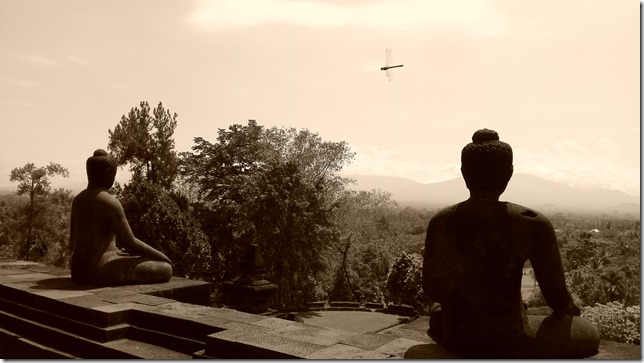 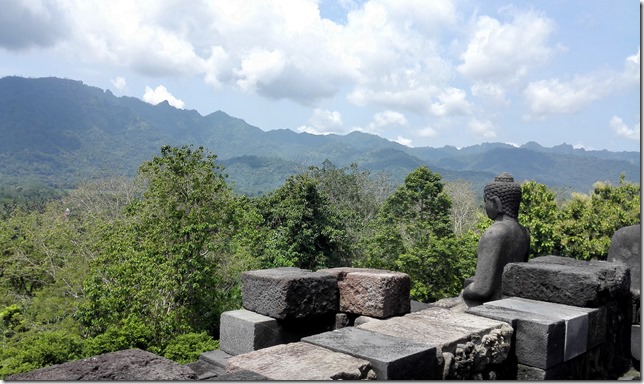 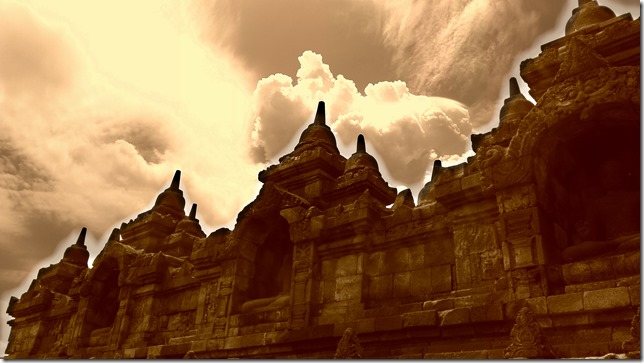 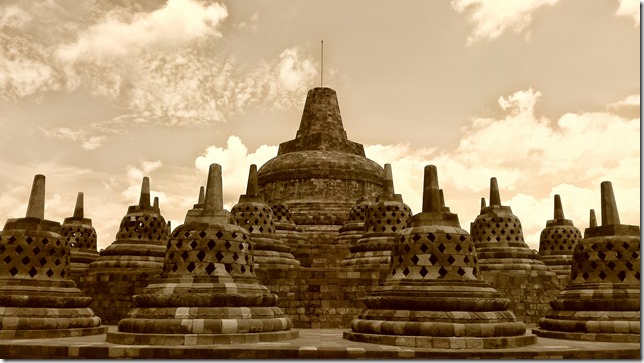 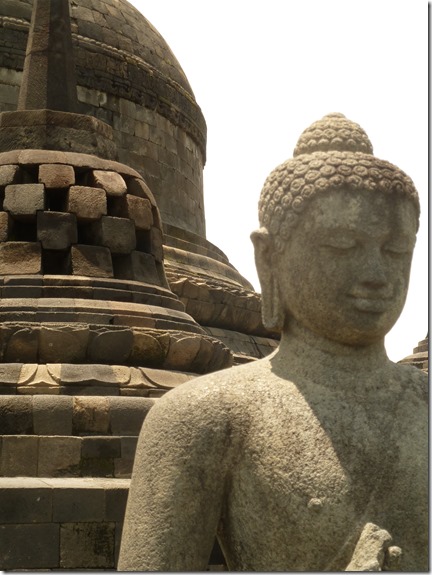 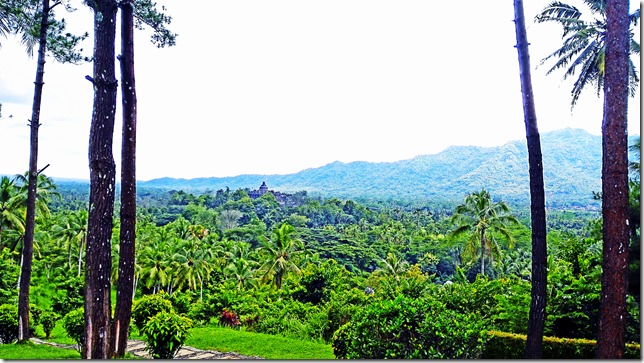 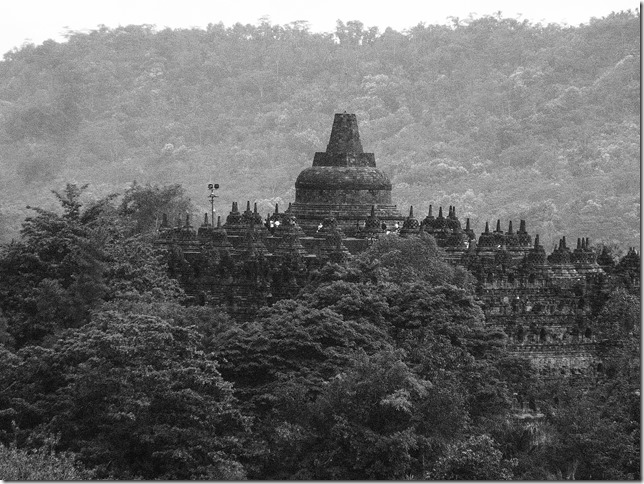 I found myself, with each passing day, growing more and more fond of Yogyakarta itself. A few days gone, now, I miss it rather more than I expected I might. Although it’s not Thailand by any stretch, there’s enough weirdness to keep one guessing, there’s a thriving street-chess and petty gambling scene, and there are even some pockets of the city where the motorcycles aren’t so loud and abrasive (though in other areas, attempting to be a pedestrian is…very not fun). 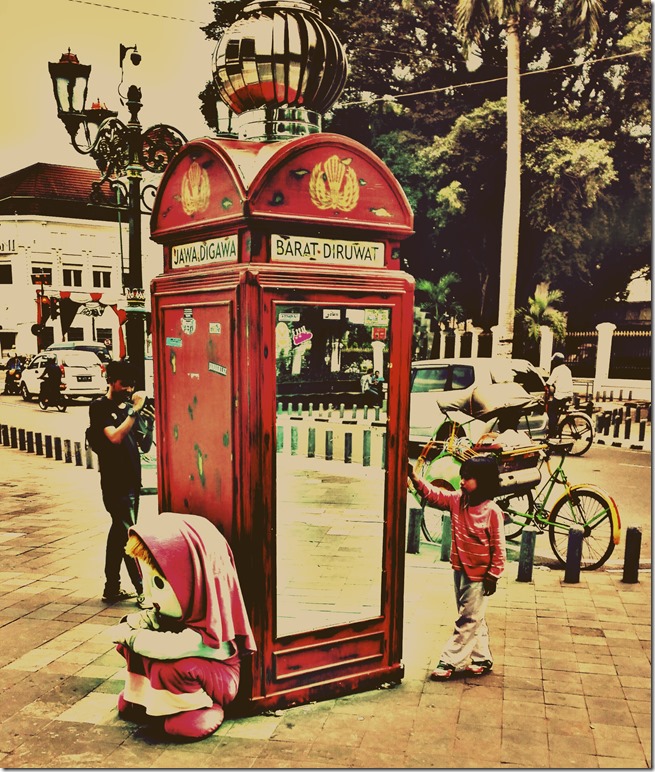 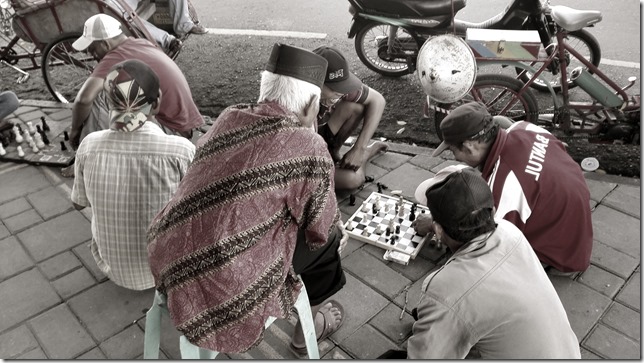 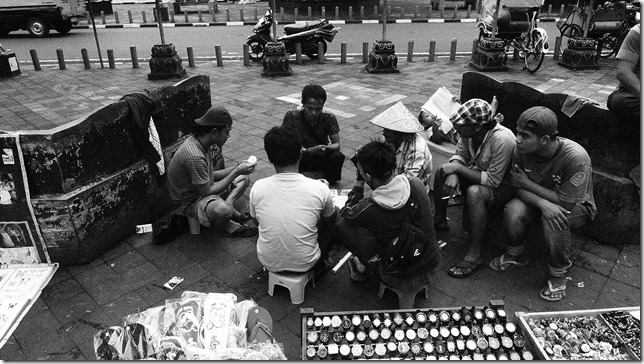 Best of all, though, are the Becak drivers (and others) looking so impossibly fashionable and fun-loving (what does it say that the surliest-looking driver of the bunch here is ferrying the happiest-looking passengers this side of Disneyland?) in their Asian Paddy Hats. 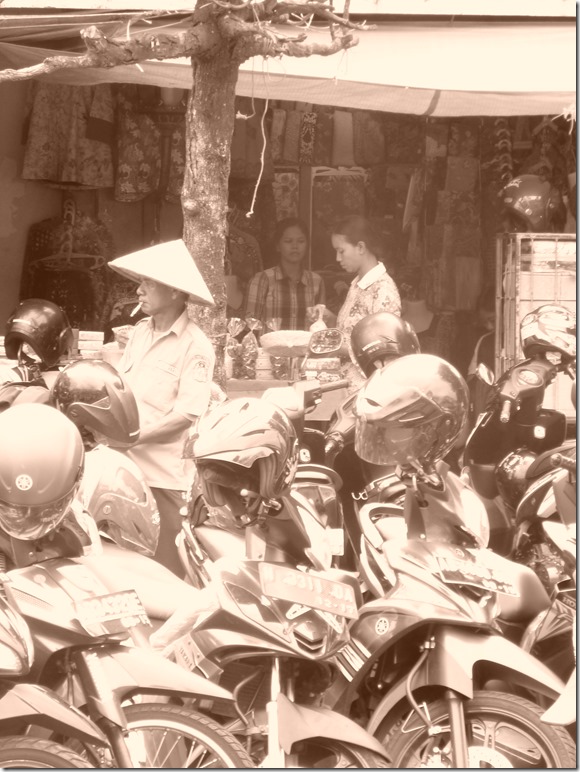 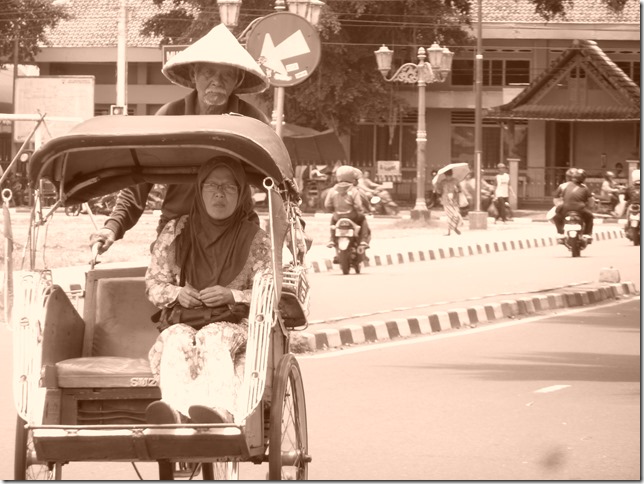 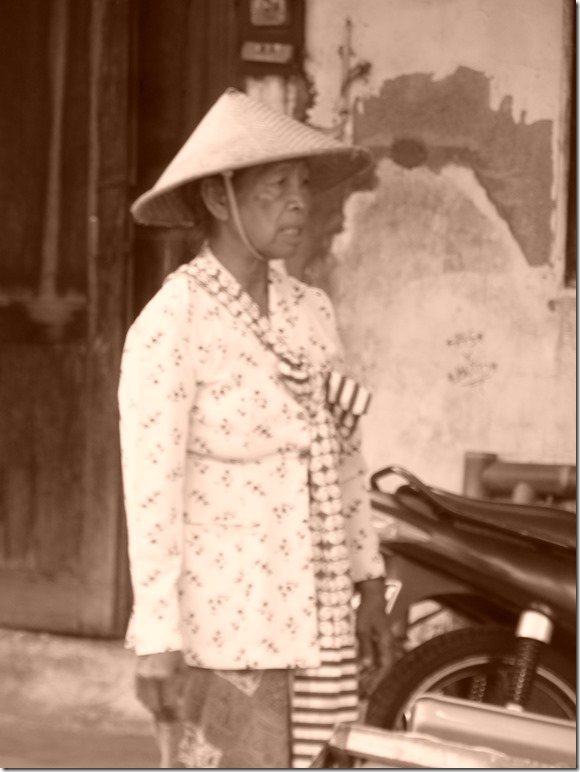 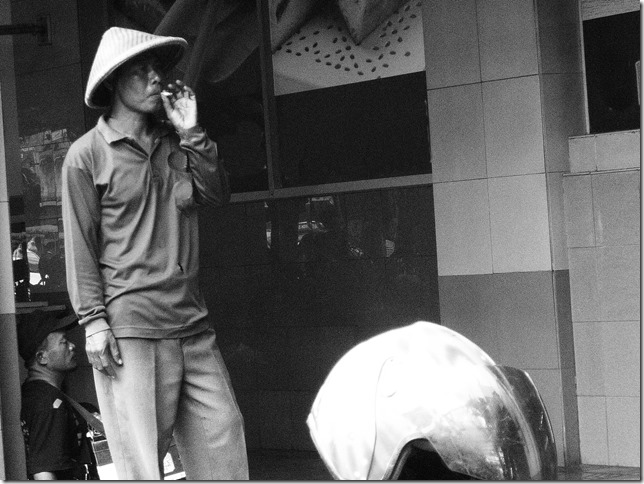 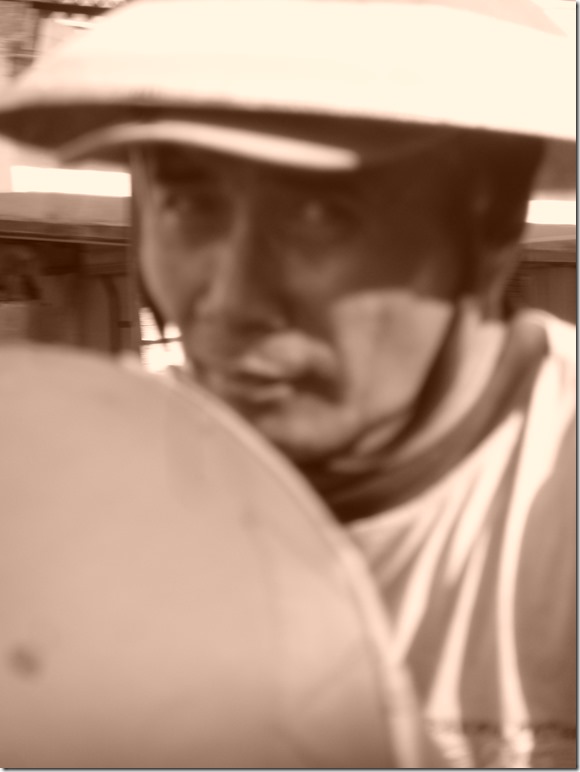 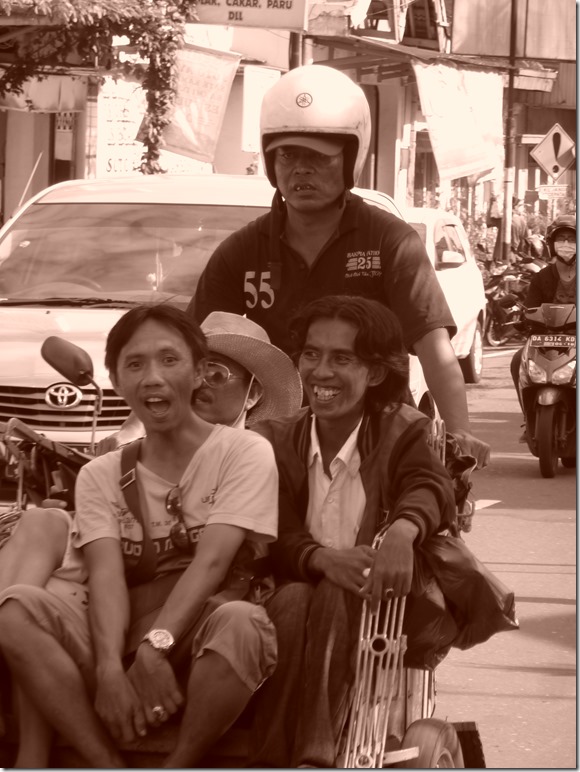 Okay, I lied. There is one activity offering even greater fulfillment than hanging out watching the Becak drivers, viz., hanging out eating Avocadoes and drinking Coconuts. Indonesian Coconuts are every bit as miraculous as Thailand’s, and they’re almost as competitively priced. The Avocadoes, meanwhile…oh!, the Avocadoes. Oh, god, the fucking Avocadoes!

I said before that Indonesia’s Avos are just slightly inferior to Nepal’s in terms of taste, variety, and price. But Kathmandu’s late-November Avo experience comes with a rub: It’s quite chilly there in the evenings. So, the Hanging Out component of Hanging-Out-Eating-Avos is much more fun in Jogja that it is in KTM. I mean, yeah, eating them during the daytime while it’s still warm is a fine workaround. But Avos deserve more than just fine: Avos deserve – it only befits their heavenly nature – to be consumed during the Magic Hour. They just do.

Bottom line: All things considered, the Indonesian Avo experience might even be more highly recommended than the Nepali. It’s a close call. And, also – it’s a good thing my Indonesian Visa expired when it did, because I won’t try to deny that the quantity of Avos consumed was fairly far beyond what felt like healthy (not to mention gluttonous) eating.

Indonesia, after one month’s experience, seems even more inscrutable and overwhelming than it did just reading about it in travel guides. I’m no nearer now than before to having any idea how to try to wriggle one’s way into some sort of comprehension of the place. Or maybe that’s, finally, beside the point? So long as the Coconuts keep on dropping, what’s not to love? Just drink up, stop trying to analyse everything to death, and let the experience speak for itself, ain’t it?

That’s easier said than done, though…