Down The Buddha Hole

Sala Kaew Ku, AKA “Buddha Park”; is bizarre, insane, a little bit frightening, and just plain fucked-up awesome. It’s considered Nong Khai’s primary tourist attraction; but what I wanna know is why it’s not considered one of the must-see destinations in all of Southeast Asia? Why had I not heard about it until a few days ago, when I started reading about things to see and do here? And the admission fee is only 20 Baht!

So what is it? It’s a garden of dozens of gigantic statues inspired by Buddhist and Hindu iconography…as well as, apparently, plenty of drugs. 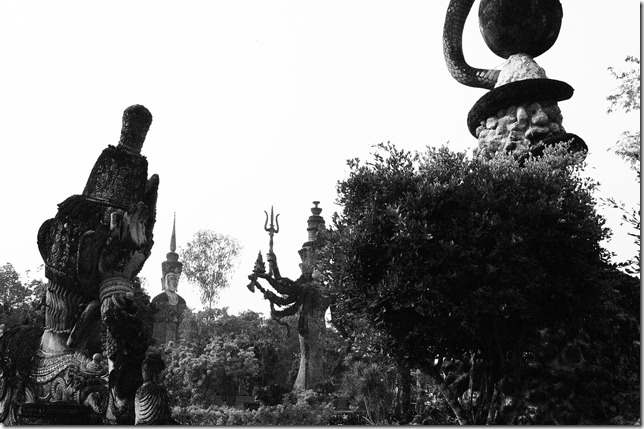 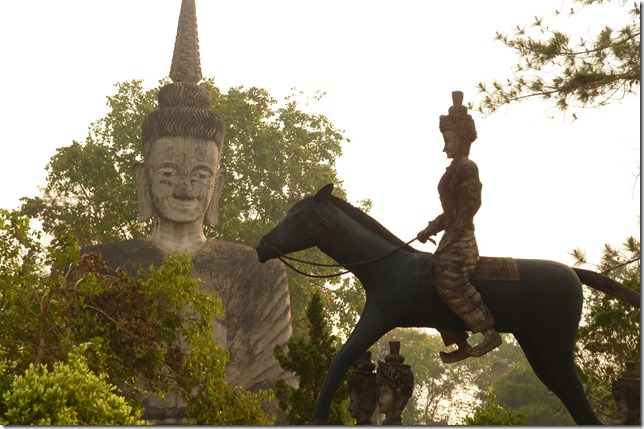 The descriptions, unfortunately, are all in Thai. But maybe it’s better anyway to not know what was the thinking behind each piece… 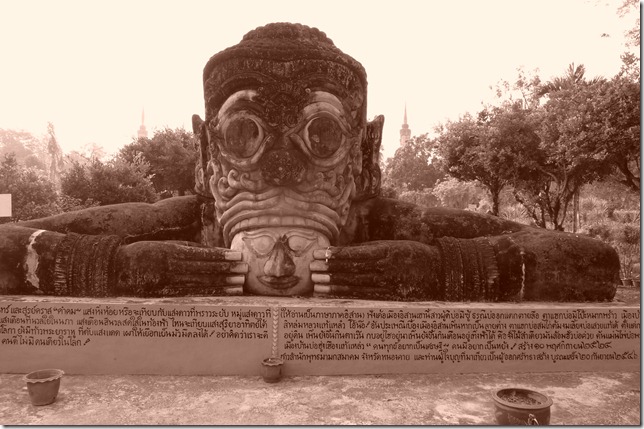 My favourite is possibly the seven-headed Naga… 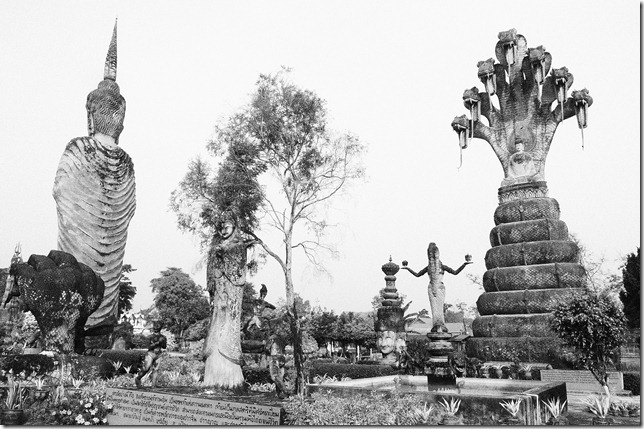 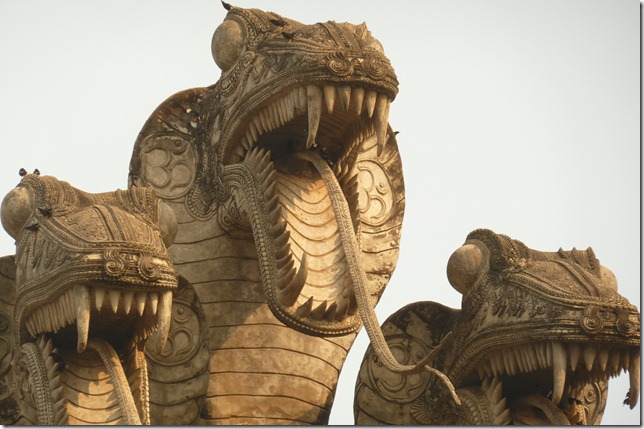 But more than any one or t’other piece, the place is really (for my money) about experiencing as a whole – from any point  on the grounds, facing in any direction, one is presented with a mind-shattering display of genius gone stark raving mad. 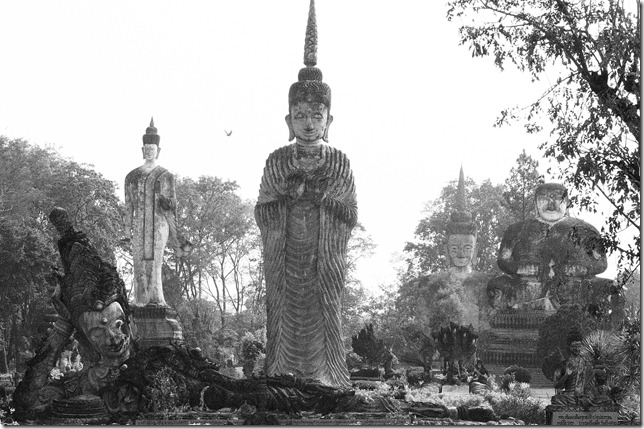 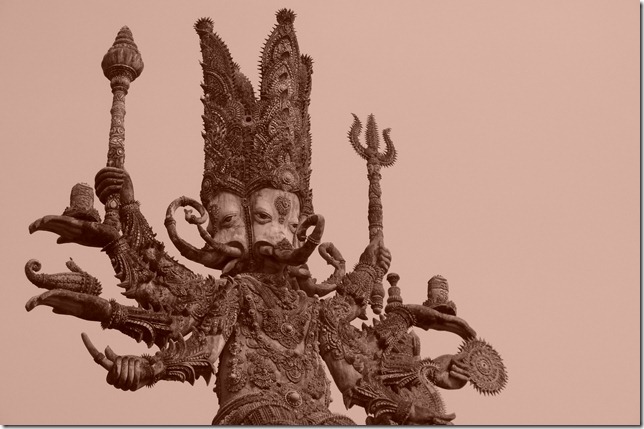 Wandering around, some of the juxtapositions make for insanely righteous photo opportunities. 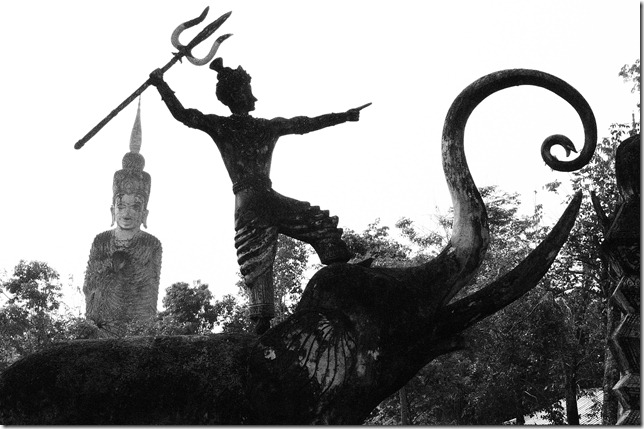 A display building on the grounds offers three floors more of fun. The halls are filled up with statuary of smaller size, though every bit as wack; as well as some equally sick artwork lining the walls. 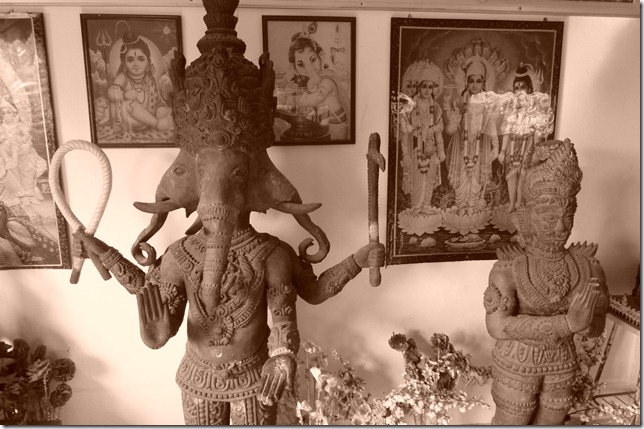 The shrines are much the same story. 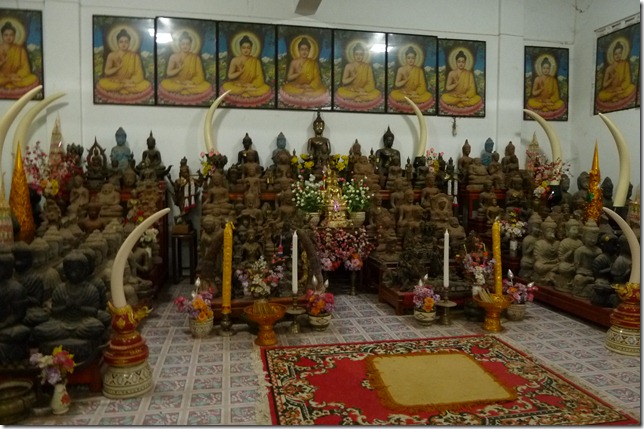 The third floor’s windows offer some great bird’s-eye view sights of the garden. 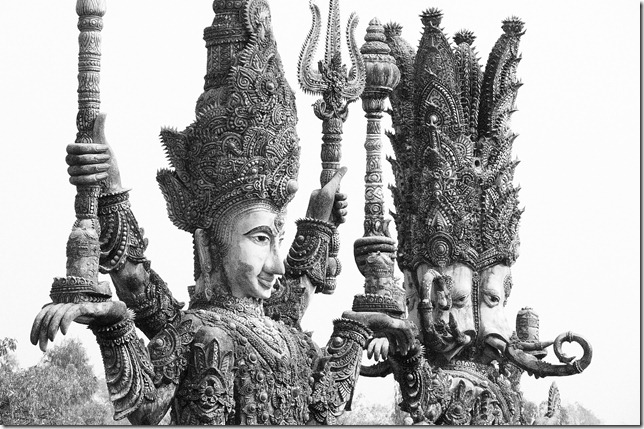 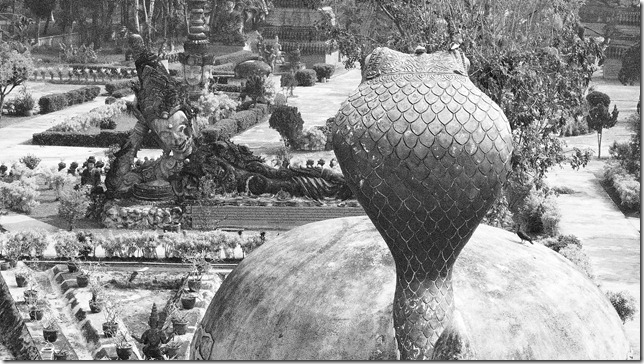 Meanwhile, back inside, the Third Floor is some kind of nutso ode to the artist himself; featuring scores of photos, many of them doctored up. 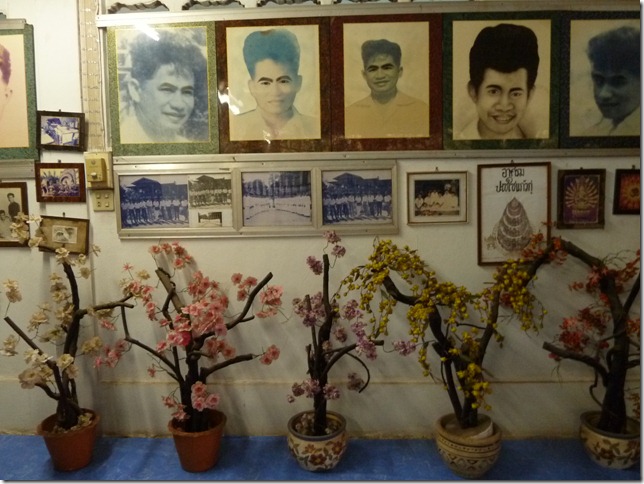 Also, in a locked room, a bubble-dome containing (I have learnt from the always helpful Mut Mee website) his mummified remains. Hey, if I’d made a place like this, I’d damn sure want my mummified remains to be kept onsite as well. 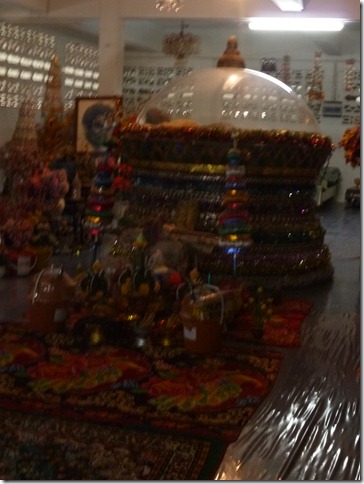 The building is equipped with a handful of gongs on each floor. The public is not only invited to sound the gongs… 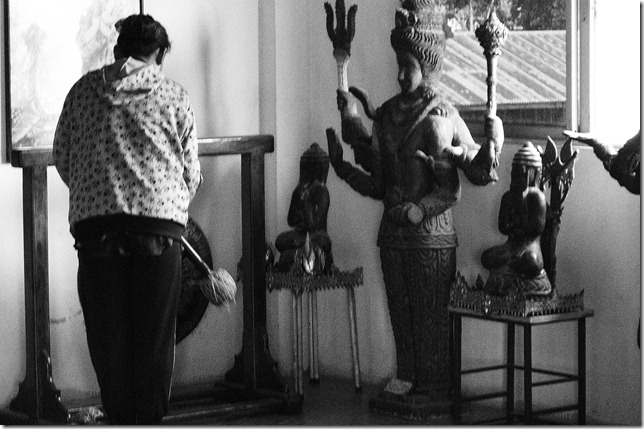 …but doing so wins one a blessing from The Heaven Aboved. 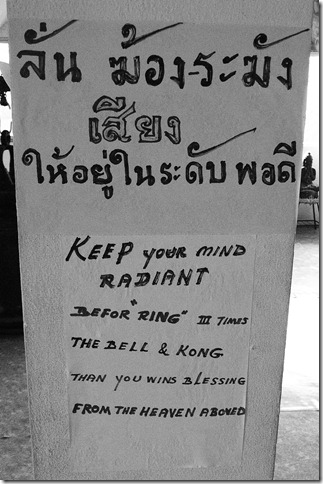 Here I am, winning mine. Gotta keep that mind radiant, boy!

At the back of the grounds sits an area called “The Wheel Of Life”, which can be accessed via tunnel through the monster’s gullet. 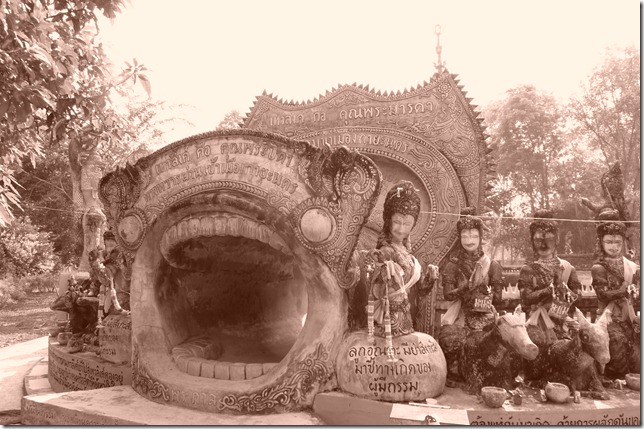 Inside are depicted ‘round the ring scenes from the daily lives of civilians, including the rousing skeletons-in-love scenario. 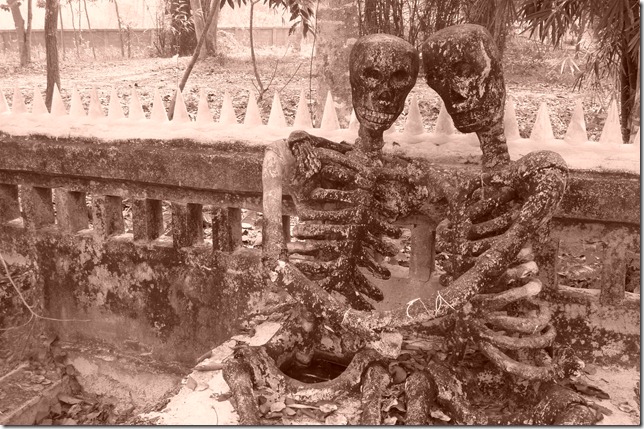 In the middle of it all, the multi-headed, multi-armed Buddha looks on. 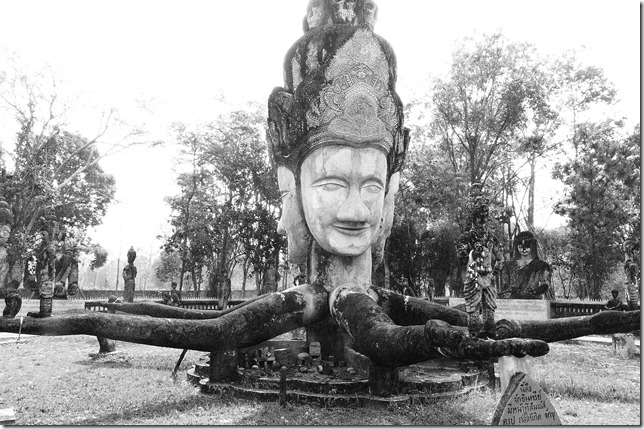 What a place! As one might expect, I did get a little crazy with the picture-taking device. Maybe went a little overboard. But then, maybe not. You be the judge. Did I say before that this ought to be considered one of the must-see destinations in all of Southeast Asia? Scratch that: I now say that if one is alive on Planet Earth, one must, before one dies of death, pay a visit.

I had painstakingly jewed the Tuk-Tuk driverman’s fee down to 150 Baht from his 300 Baht opening offer. But because I’d been so thrilled with the experience, and because I’d lingered inside so long he’d had to come looking for me, I decided to give him 200 Baht (and have him pose for a picture to boot). 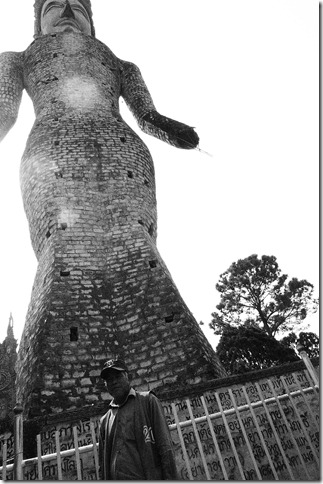 3 Responses to Down The Buddha Hole