Arose early to walk down to the bus station. Like to do so (I mean walking to the bus with all my shit on my back, not arising early) when feasible, as it’s often the only exercise I’ll get during the day. After the fortnight, James was sad to see me leaving. Said that when he got to work tonight, he’d be looking around, asking, “Where’s Edward?”

The bus journey from Luang Prabang to Phonsavanh can be summed up thus: twistiest/windiest…mountain road…ever. Oof. The eight hours on the bus felt more like eight hours in a washing machine.

Y’all know how much I love driving like a madman through the twisty-turny mountain passes. Well, our driver for to-day loves it every bit as much – and in a bus, rather that a Geo Metro. And the mountain roads are quite narrow, to boot. Let’s just say that his ding ding (or, more accurately stated, his honk honk) got plenty of work work.

Pretty sure I’ve never in my life contracted motion sickness; but on this day, even my heretofore immune stomach turned over a time or two.

The scenery, of course, was aces.

We stopped for lunch at the crossroads town of Phou Khoun. The menu for the restaurant in front of which the bus dropped us off: 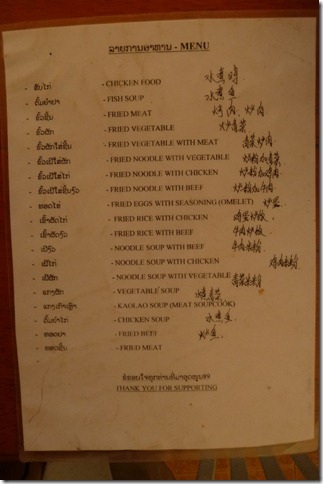 Here’s the view from the town. 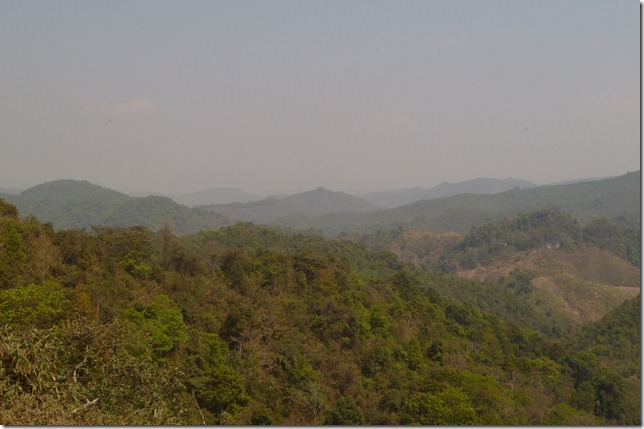 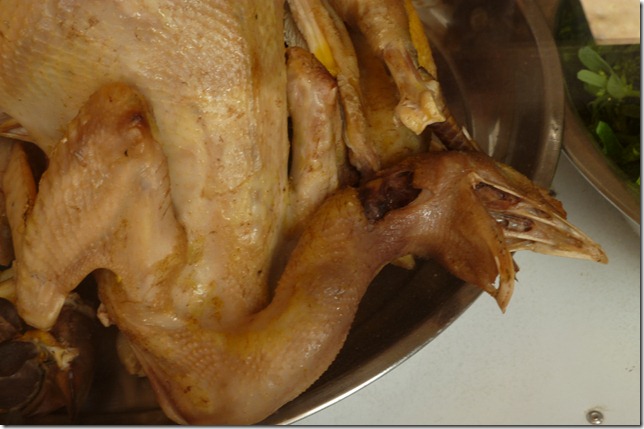 After lunch, the real fireworks began. I’d been riding alone ‘til then, but we picked up some more travelers in town; including a nice-seeming local gentleman with whom I shared the second half of the ride.

It had already been twistiest/windiest…mountain road…ever. But somehow it now became twistier/windier still. My stomach was in a state of permanent quease. By that point, I’d not eaten for about twenty hours, so there wasn’t anything up for me to chuck. Otherwise, I fear I might well have.

My companion wasn’t so lucky. He spent the entire time bent over, chundering into plastic bags and tossing them out the window. Girl in front of me the same – only she was also hocking loogies and attempting to spit them out the window. But of course, they right-angled and headed back toward me splatting on the side of the bus rather too near my person.

I let cry a, “Hey!” and later a, “God damn it!” She looked at me quizzically each time; but she just would not comprehend the physics of the matter (nor, certainly, the English language), and so I resorted to fashioning a shield out of the curtain. 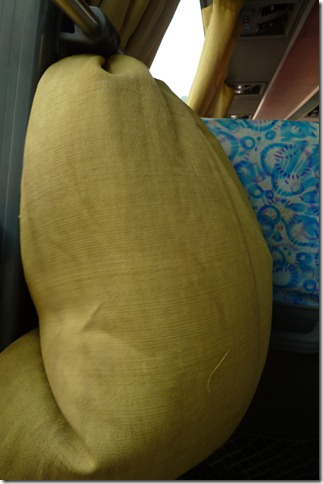 They weren’t the only two, neither. Seemed like about half the riders were heaving it up. Why will not they learn: eat your Chicken Food after riding the mountain bus, not before?

While stopped in a small town to let somebody off, noticed that these three girls – while very cute – weren’t waving the bus. 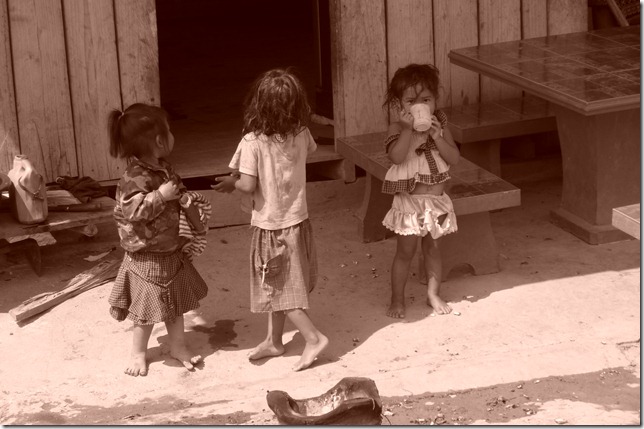 So I took it upon myself to wave to them first, which got the ball rolling and how. Their little brother even ran over to join them, performing this odd-looking wave with the outside of his hand facing the bus.

Arrived in Phonsavanh too late to look around much, but did note one interesting concept. The Fresh Market stays open after dark, so the vendors use candles to illuminate their stalls. 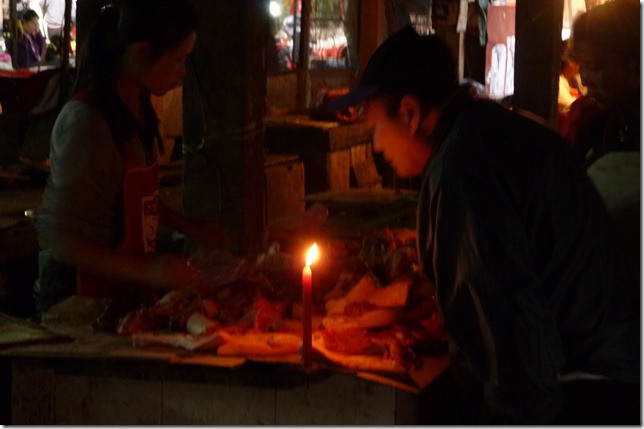 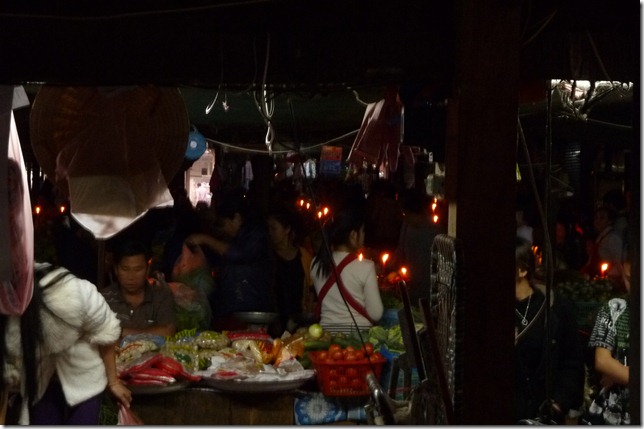 Appears that a guided tour of the Plain Of Jars won’t cost as much as I’d feared – $25 for an eight-hour tour (including price of admission to the Jars sites), plus an evening screening of The Most Secret Place On Earth, a great-looking documentary concerning the U.S. bombing campaign.

One possible backfire: this operator’s tours look so interesting, I may end up taking more than one of them! There’s even one on which you can hike a part of the Ho Chi Minh trail.

[And Now For Something Completely Different]

How if we tie up some loose ends?

And this, a great new video from Josh Ritter. Josh driving a motor-car with a bull elk as passenger in a construction-paper stop-motion animation video? Count me in!

Next, some more videos from yours truly, which I’ve not until now had time to upload. First, from way back in Udomxai, what I believe to have been a karaoke party down in the valley. After that, two more kids’ boules clips.

Finally, thought maybe the Kuang Si and Pak Ou informational signs would be an interesting accompaniment to the stories and pictures. So, here we go. (Won’t be offended if you don’t, having not been there, find it very interesting.) 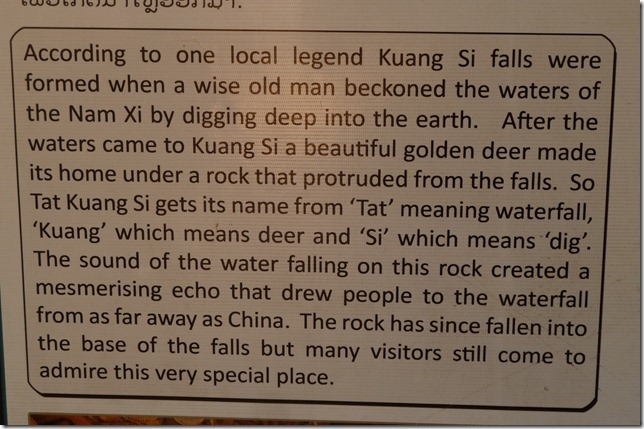 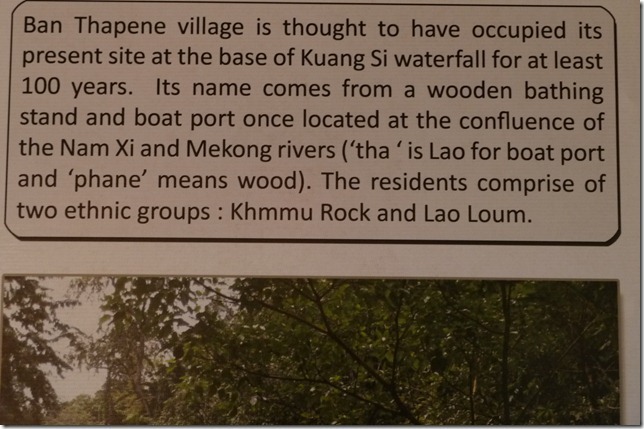 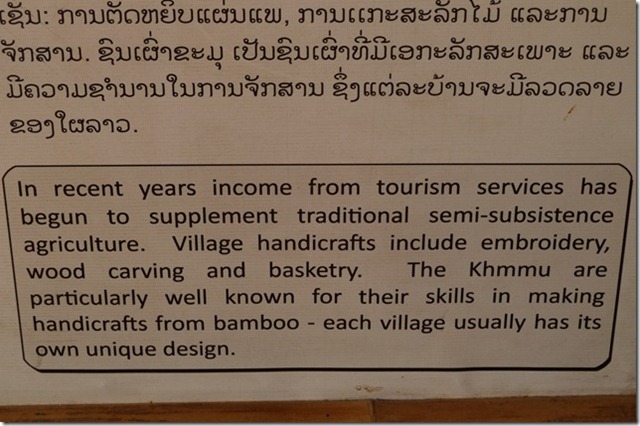 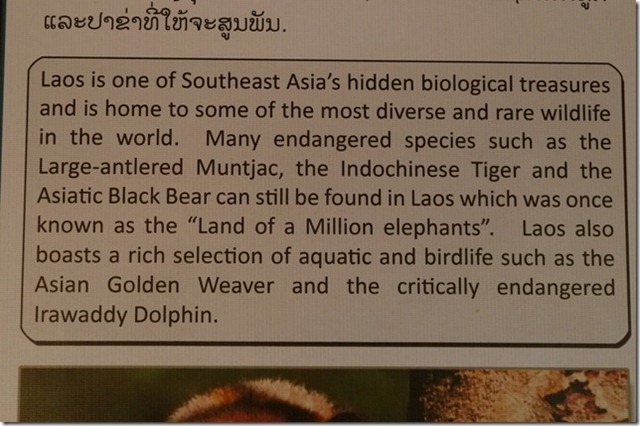 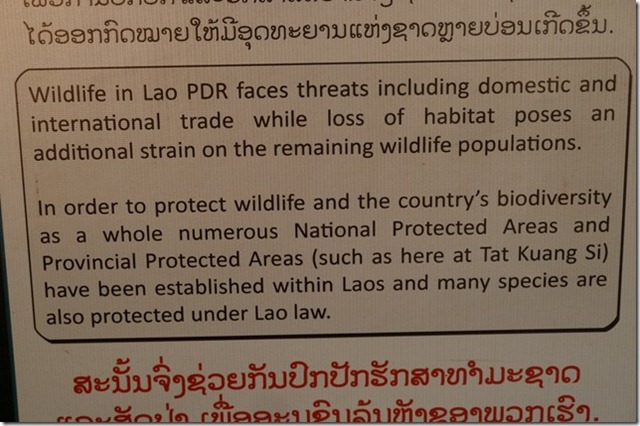 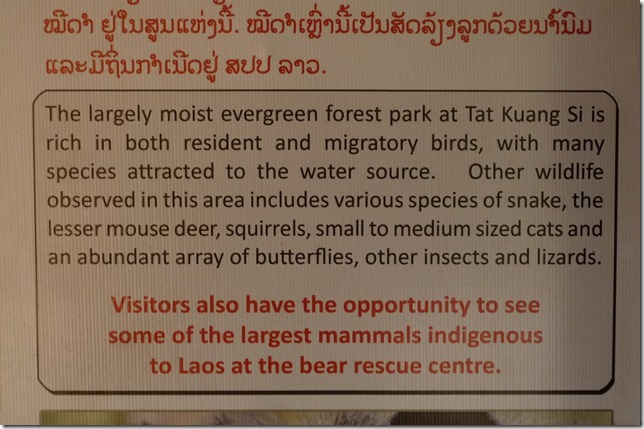 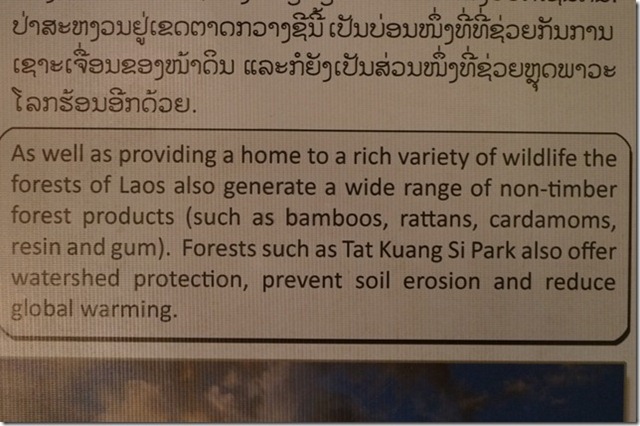 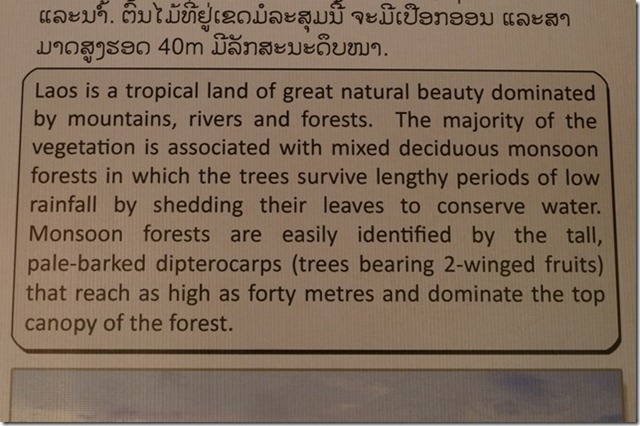 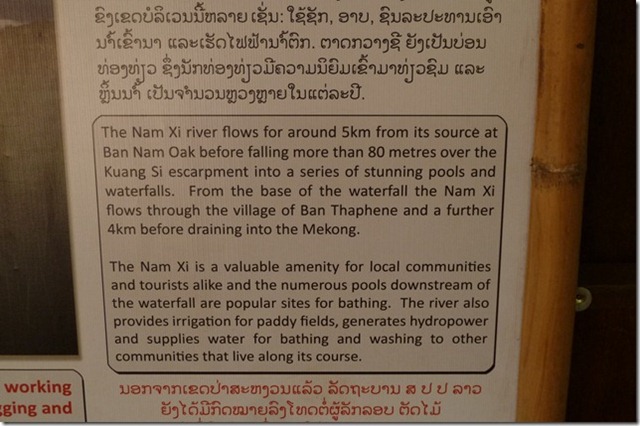 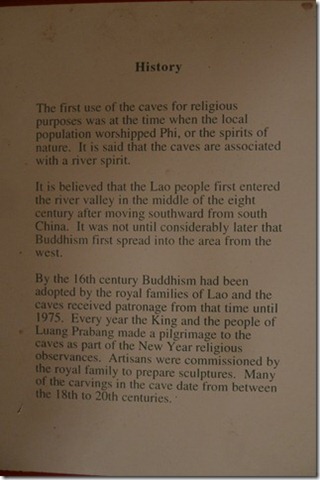 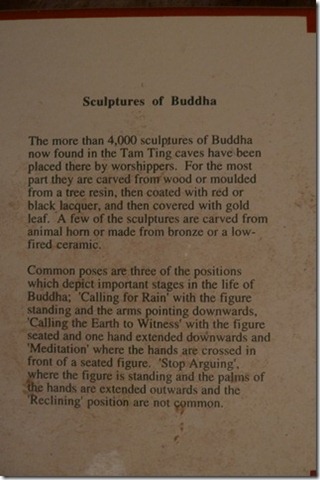 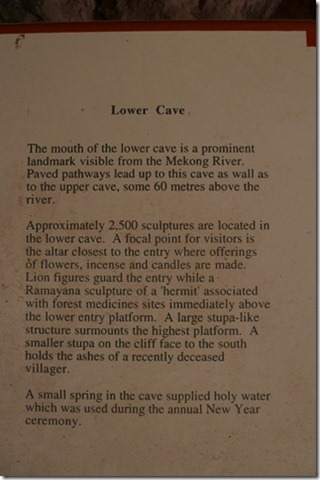 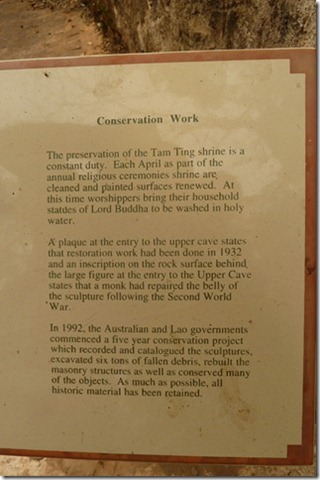 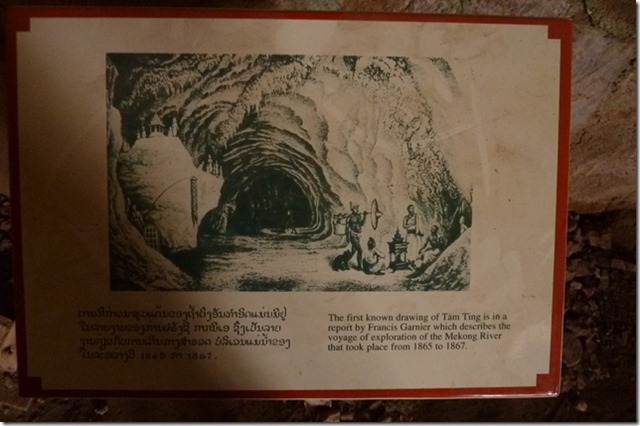 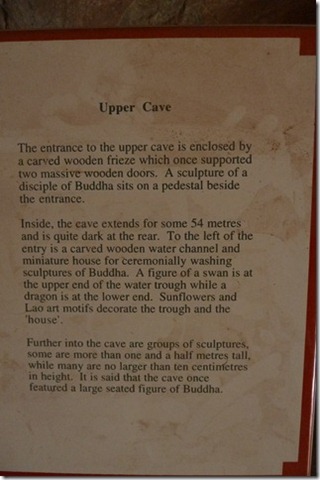 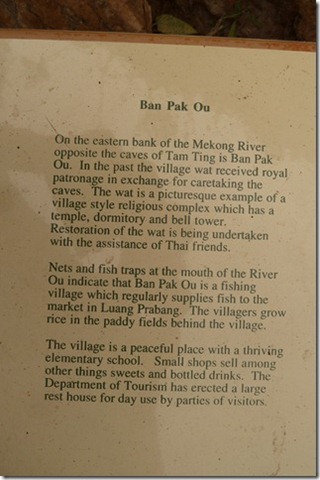 2 Responses to East Of Eden