Things To Do In Pokhara When You’re Alive

Fucking twisted my knee – I know not how. It’s not too bad; but it’s bad enough to keep me out of the Bangkok maelstrom. Just, instead, enjoying the scene at De Talak, and pigging out on Watermelons, Mangoes, and Durian. (I was very skinny when I arrived from Kathmandu; but already, in just a few days’ time, I’m beginning to grow a little Durian Belly…)

Meanwhile, the shit is kind of hitting the fan here in BKK. Tomorrow, Sunday, is set as a “showdown” day between the Red Shirts and the Yellow Shirts. One of the hostel guests works for the Travel Channel, and has been assigned to cover the goings on. I’d have been interested to go with him to check it out, but had already several days ago booked a passage for tonight’s night-train to Chiang Mai.

Spent a few days in Pokhara after finishing trekking. Factually, would have loved to have spent longer, but had some rental trekking gear I was being charged for by the day, so had to skedaddle back to Kathmandu. It breaks down like this.

After the three weeks’ trekking, my body was craving fresh fruit like none other. Grapes, Watermelons, and Bananas were all crazy good and very reasonably priced.

In re the latter: I found one vendor selling what I understood to be South African Bananas. But when I mentioned this to others, both in Pokhara and in Kathmandu, they looked at me liked I was a spaceman from Outer Space – and then they laughed in my face. So, maybe I misunderstood the guy. Whatever they were, they were neither Indian nor Nepalian Bananas, and they were fucking good. And I only ever saw them from that one vendor.

A Spaniard at my Guest House was eating some tomatoes, and said they were quite good.  I’d been unimpressed with Kathmandu’s tomatoes, but went ahead and tried some Pokharian, and, that Spaniard was right: they were the shiz. Best tomatoes I’ve ever eaten in Asia.

This one’s pretty self-explanatory, I suppose. 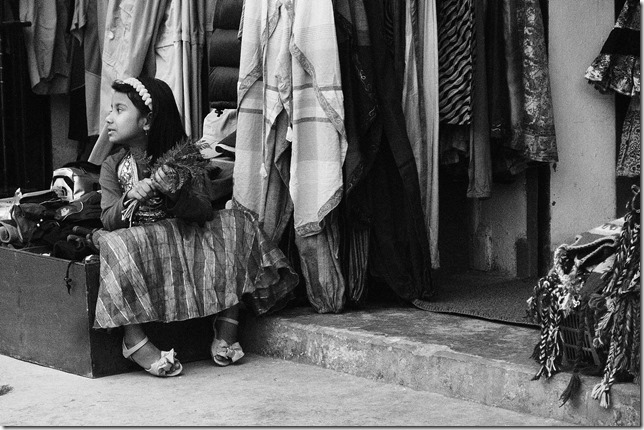 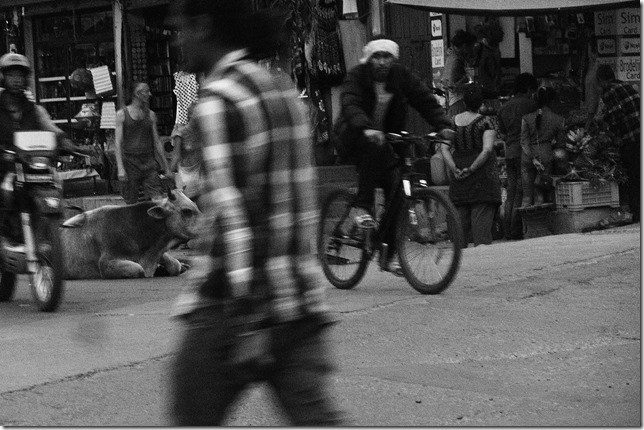 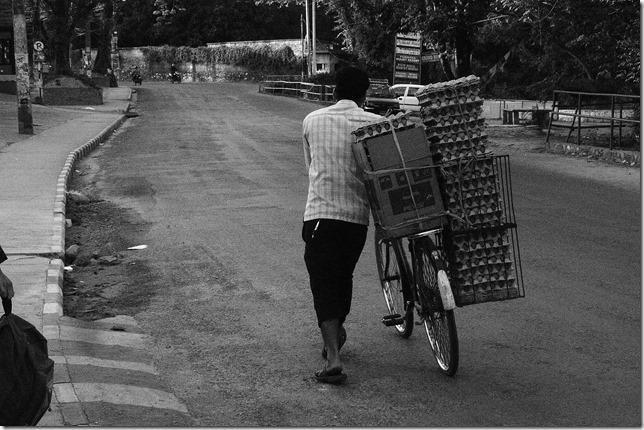 Particularly love this next shot. As much as I think that motorcycles are Satan, I gotta admit that motorcycle drivers always seem to make good photographic subjects. I think it’s something about the helmets – makes them look like spacemen from Outer Space (or what). Also, the older gentlemen all decked out in their – would you call those “Nehru Hats”? – look so goddamned great I seriously considered purchasing one for myself. 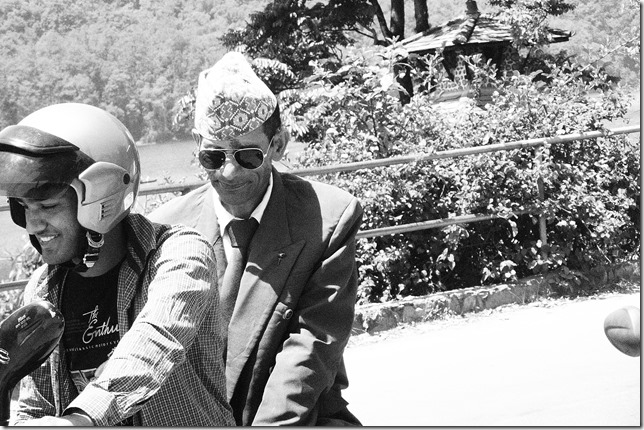 Well, it really pays to always have a camera at the ready whilst visiting Pokhara (which, I usually did not), as you’re bound to, at any given moment, see something hi-larious and/or awesome.

For example, this guy. He was riding down the middle of the lane, and the van that’s here in front of him had had to honk at him to get him to move aside and let it pass. 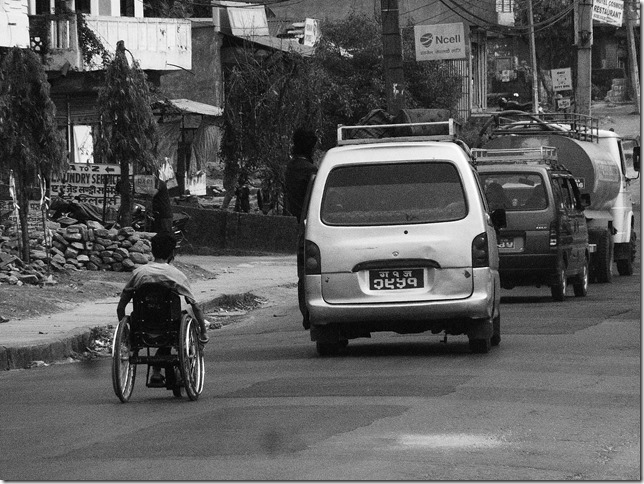 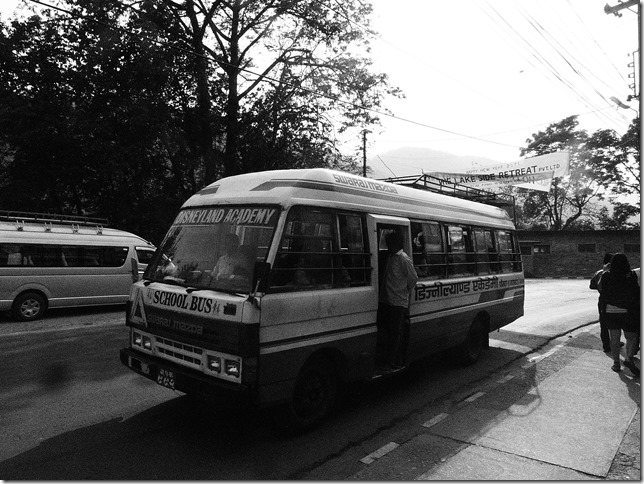 I was lucky enough to come across a wedding reception of a Sunday morning. Man, these guys just fucking kill it to fucking death, ain’t it? Unfortunately, this was the very end of their performance; although they did later take part in the procession as well.

Trekking…okay, nothing beats trekking for the insanely great Himalayan views. But early mornings in Pokhara (this time of year, the clouds set in before Noon) certainly offer more than their fair share of the old-time relijun. And when you’re staying Damside, it’s better still, as you’ve very easy access to the hiking trails covering the hills on the west side of the lake.

Here are some shots from amongst said hills. 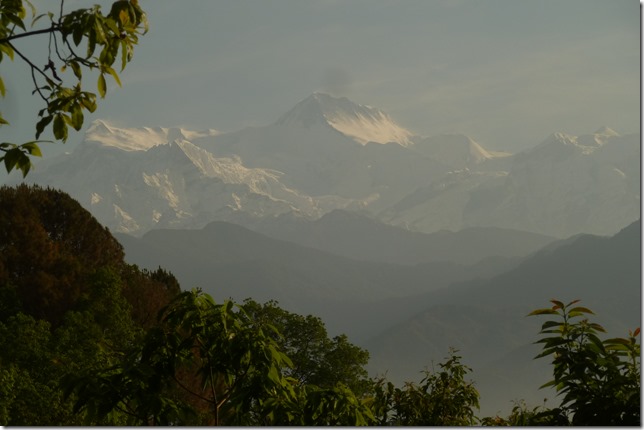 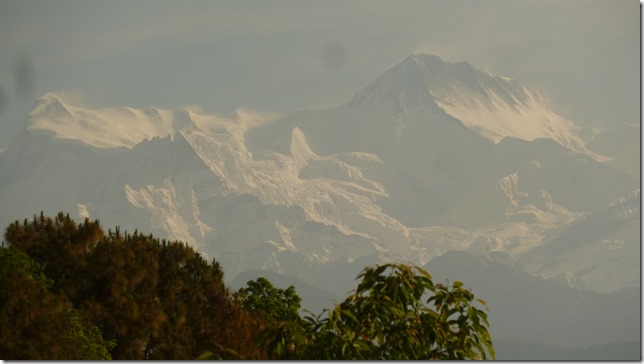 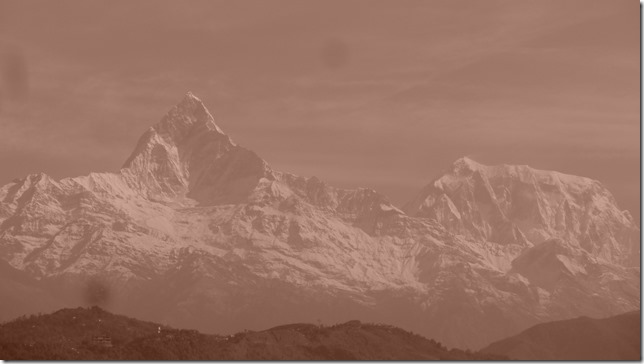 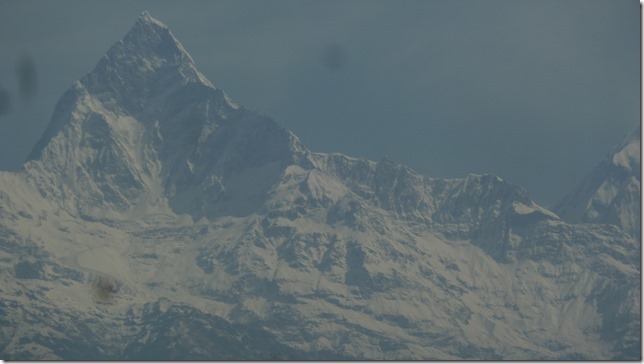 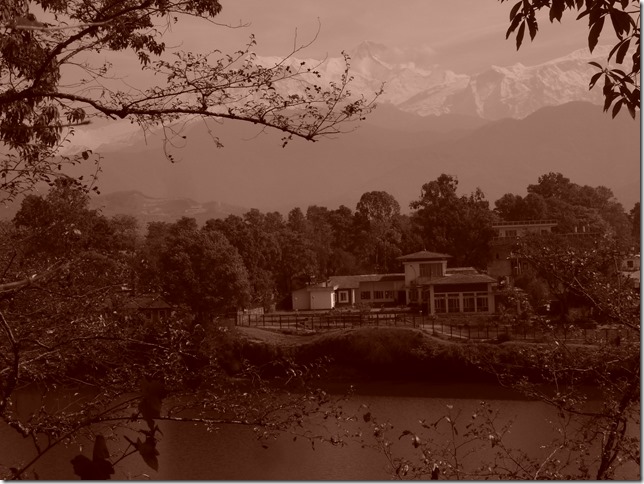 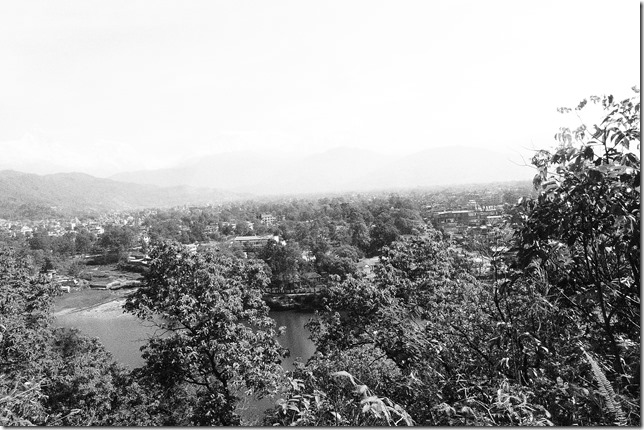 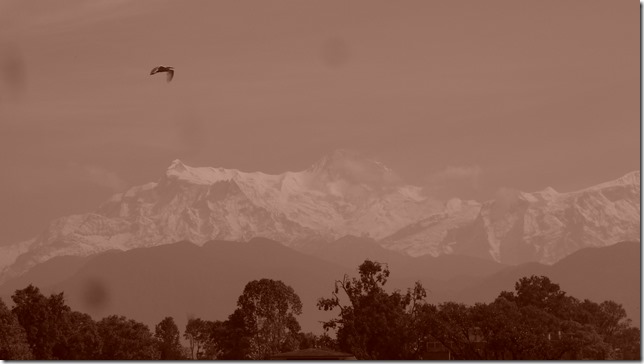 And some from around town. 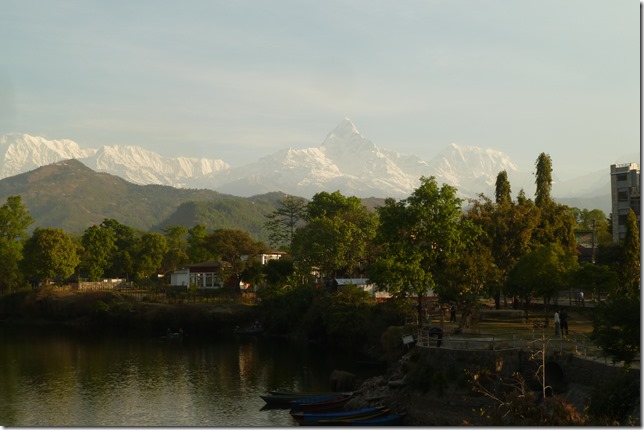 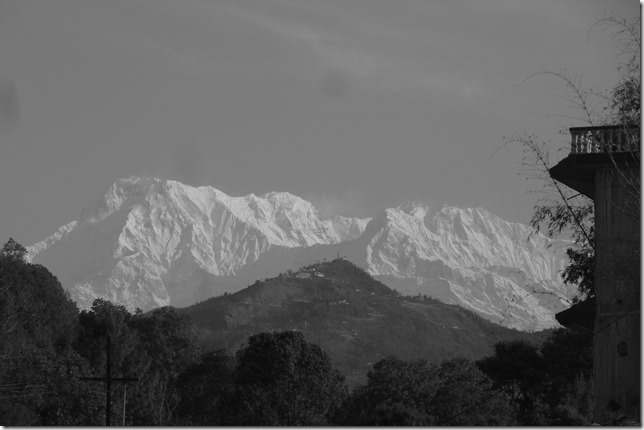 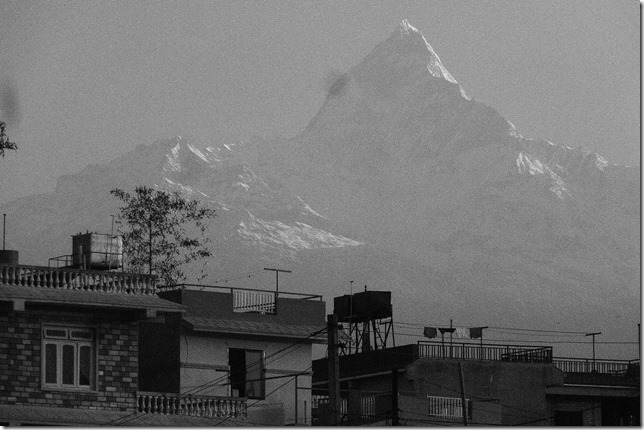 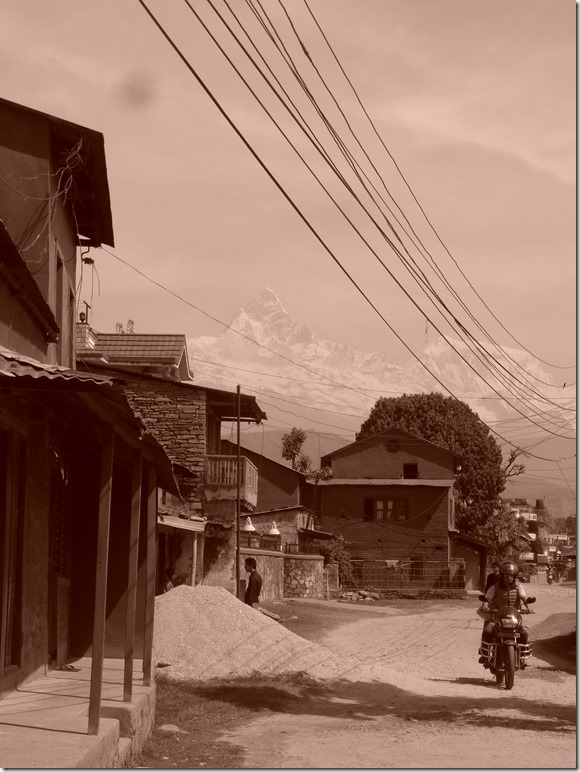 One may also make the two-hour hike up to the World Peace Pagoda, situated at a particularly keen vantage point atop the hills surrounding the lake. Though the view from here is remarkable, it’s difficult to really get a good photo – partly because the panorama is just too wide for the camera to satisfyingly capture, and partly because there didn’t seem to be enough contrast at this time of day. 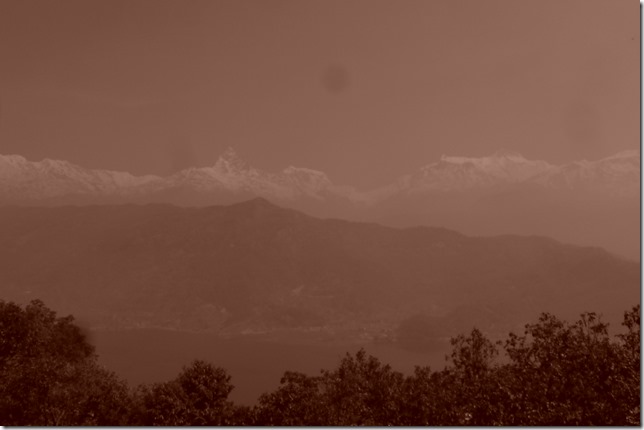 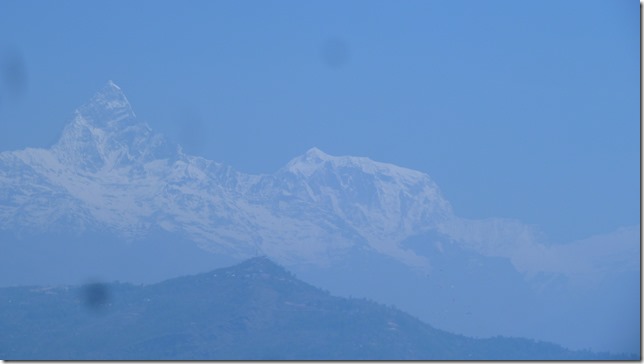 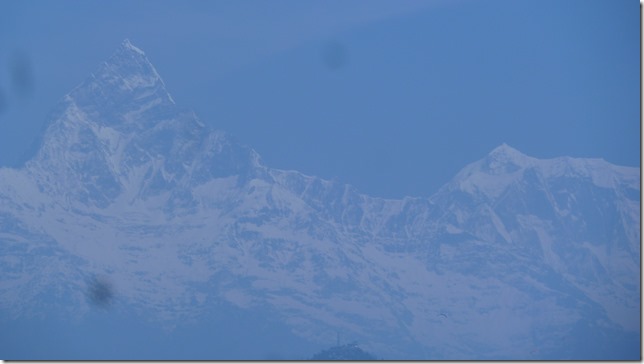 The Pagoda itself is pretty neat, so long as one takes care to respect The Silence. 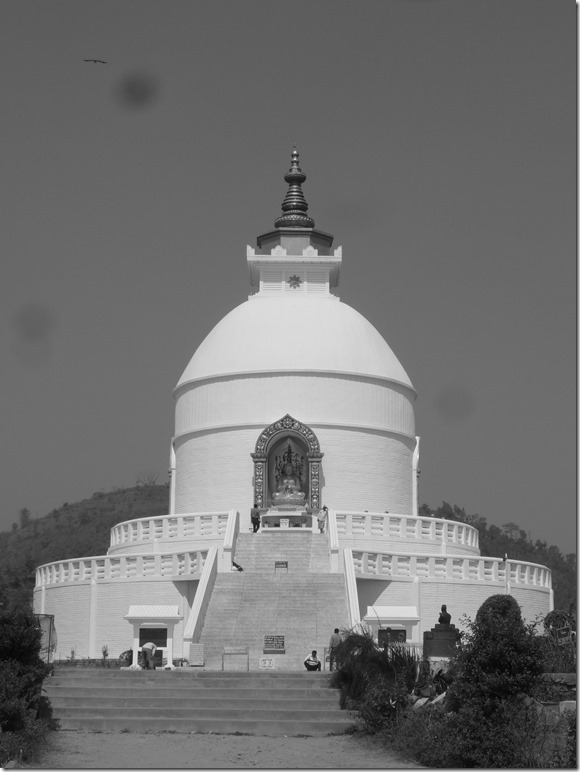 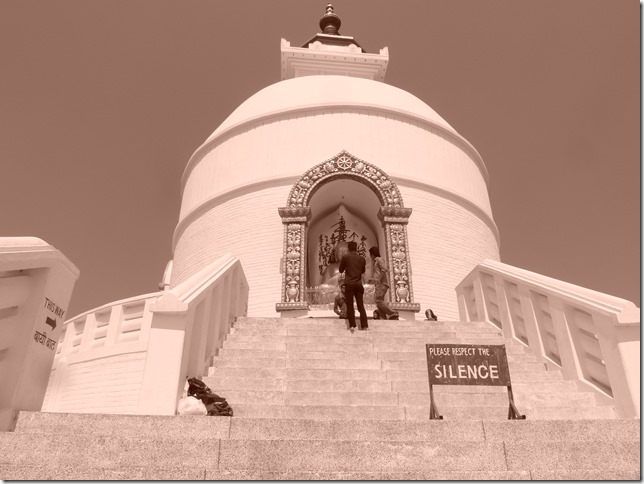 Pretty nice image of the Big Guy. Too bad, though, that he doesn’t have that pinky-finger raised all the way up for the ol’ Ronnie James Dio devil-horns salute! 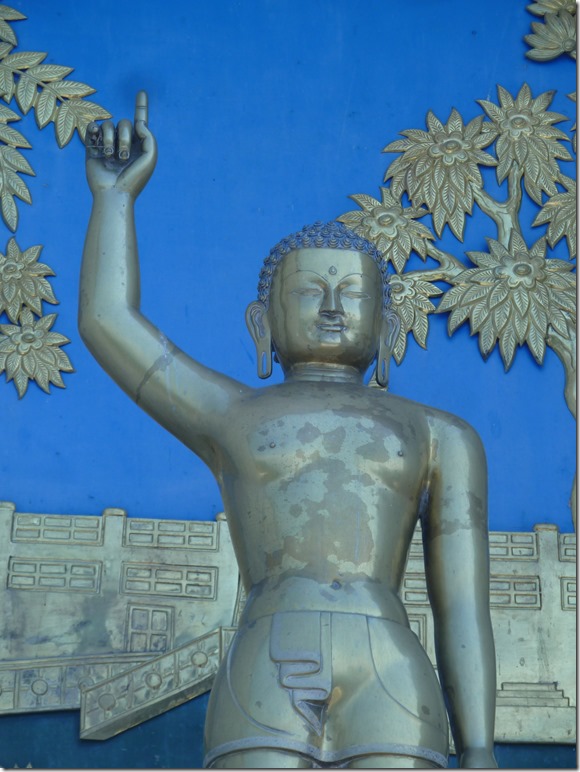 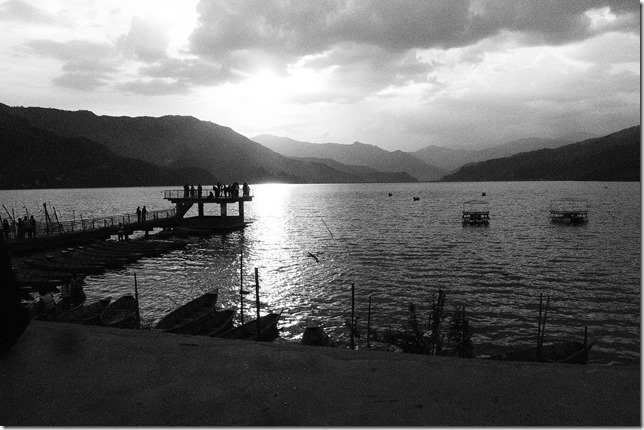 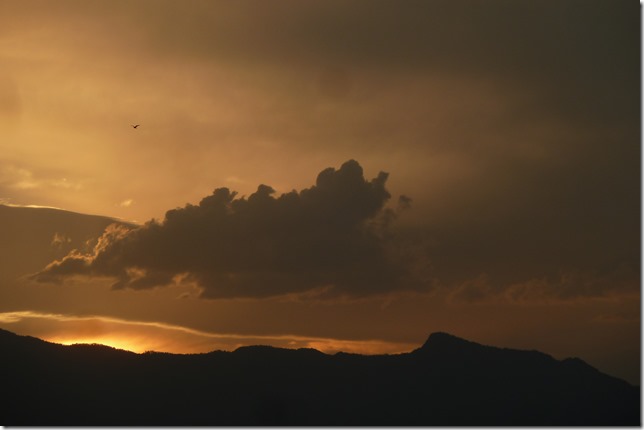 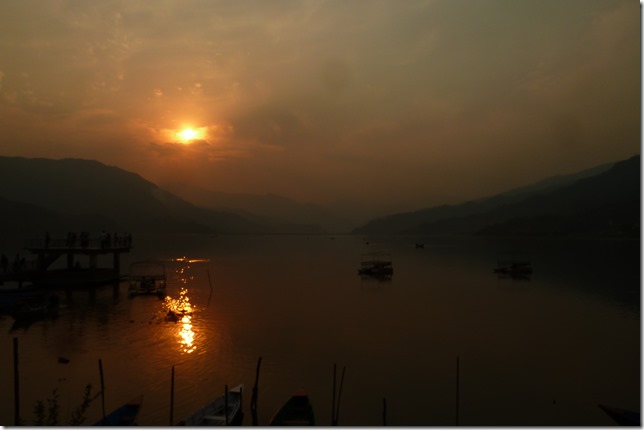 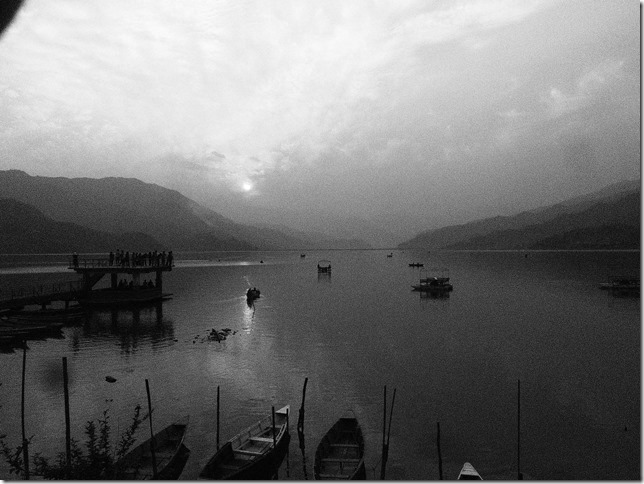 …And that’s what to do in Pokhara when you’re alive! (Also, Paragliding is very popular – but far too expensive for my particular self.)