Remember that old Robin Trower song, “Too Rolling Stoned”? Well, two months in, I think that I am now officially Too George Towned. Wouldn’t have it any other way. Got a bunch of clips that I’ve uploaded, but don’t think I’ll ever get around to blogging about. I think they’re pretty entertaining, however, so shall embed them here for your viewing pleasure.

The Hungry Ghost Festival wrapped up Sunday night – not really in climactic style, to be honest; but mucho-entertaining nevertheless. Can’t believe how quickly that month flew by…

The first vid is a musical performance from a week or so ago. I kept thinking I’d just watch this one more time, and then delete it. But the song is so catchy (I find it creeping into my head all the time of late), the performer’s outfit so goofy, her dance moves delivered with such confidence despite looking quite awkward, the lighting so perfect, and the attendees so Penang, that I decided to upload it instead of deleting it. The last three clips are from the final night of the Festival — a procession, a bonfire, and a scene of aftermath (from two different locations). Will include a few photos as well.

All month long,  I kept trying to come up with some kind of very clever Caspar reference to use here vis a vis the Hungry Ghosts, but, looks like my time’s up and my pen ain’t got no ink. Too bad. 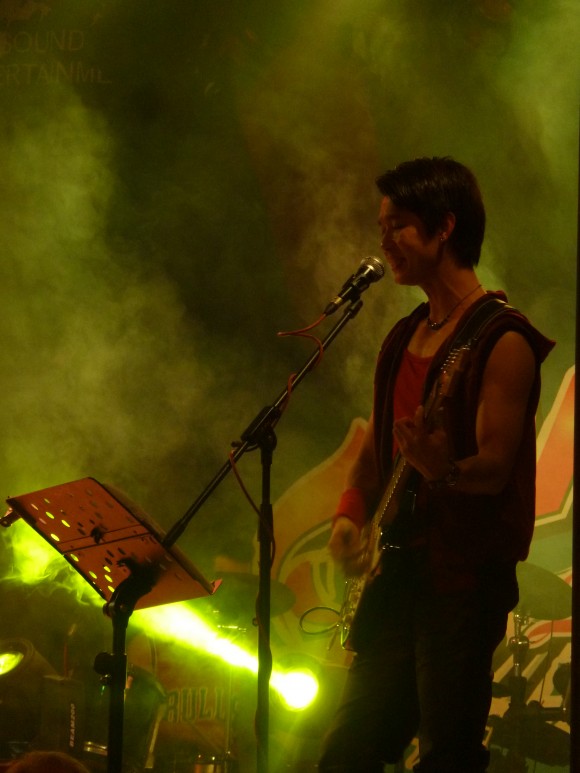 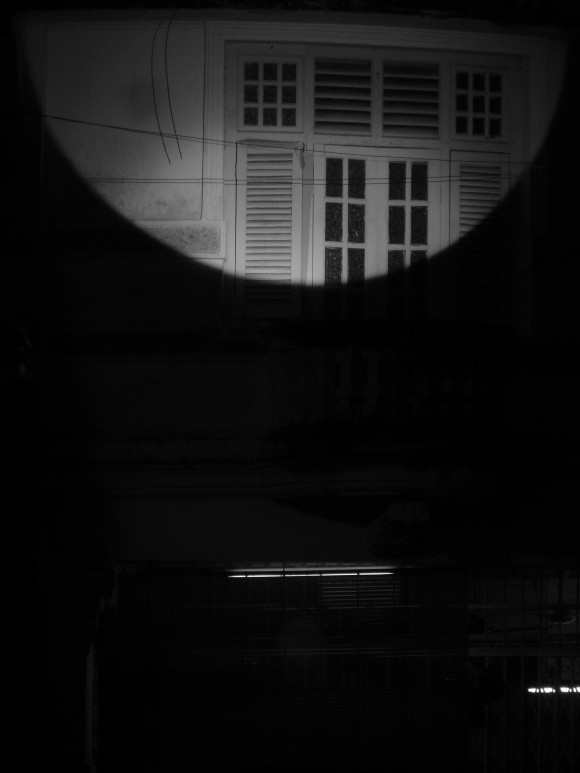 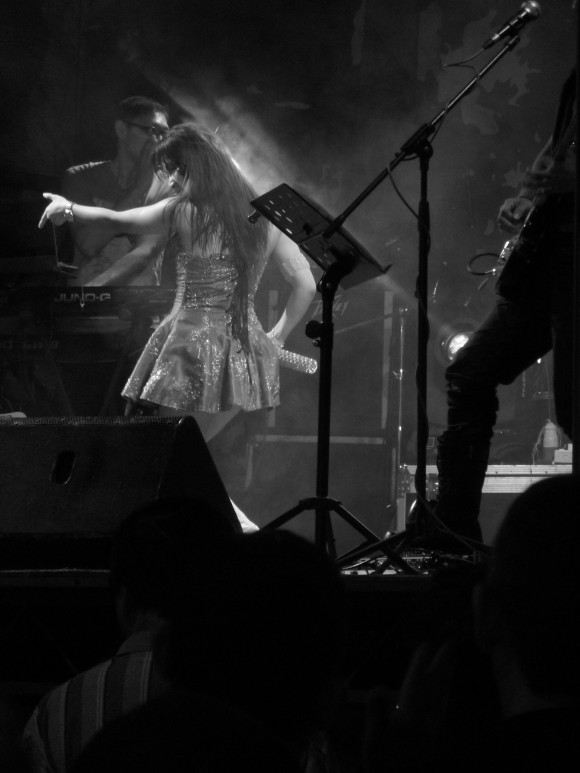 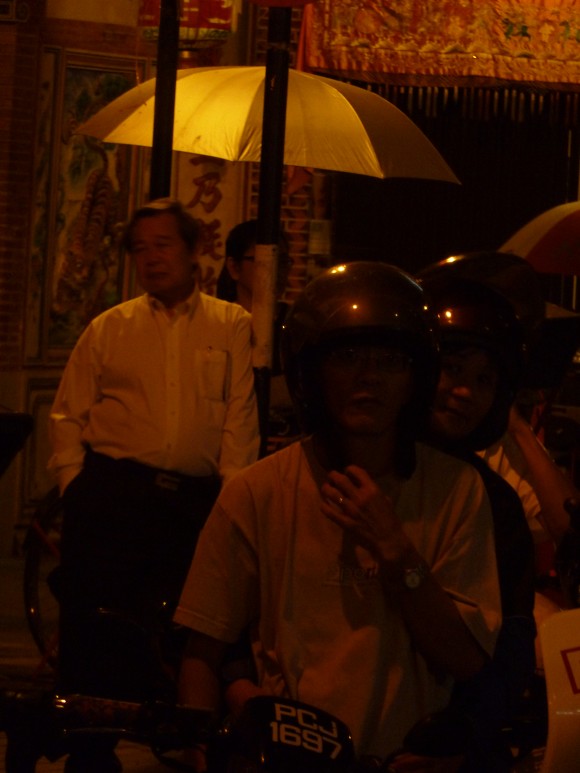 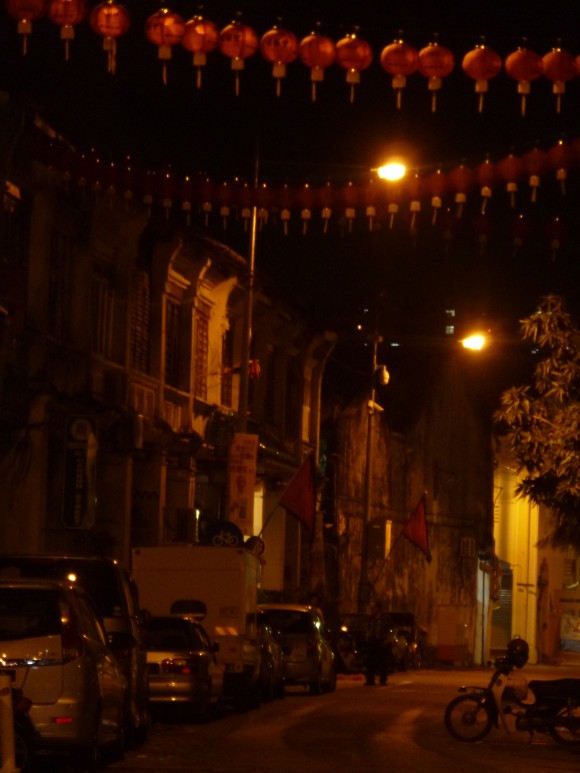 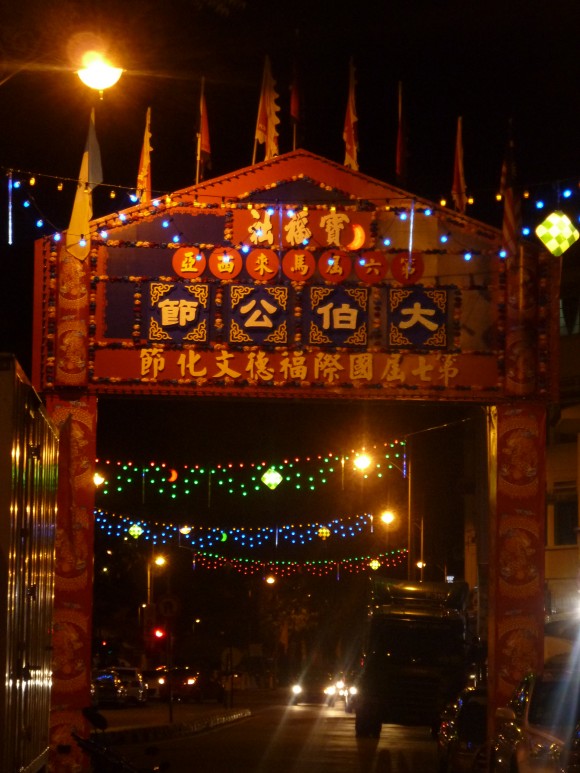 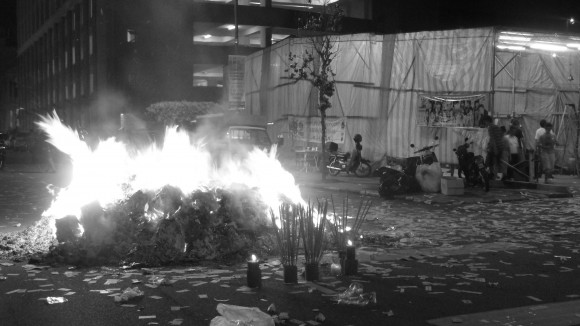 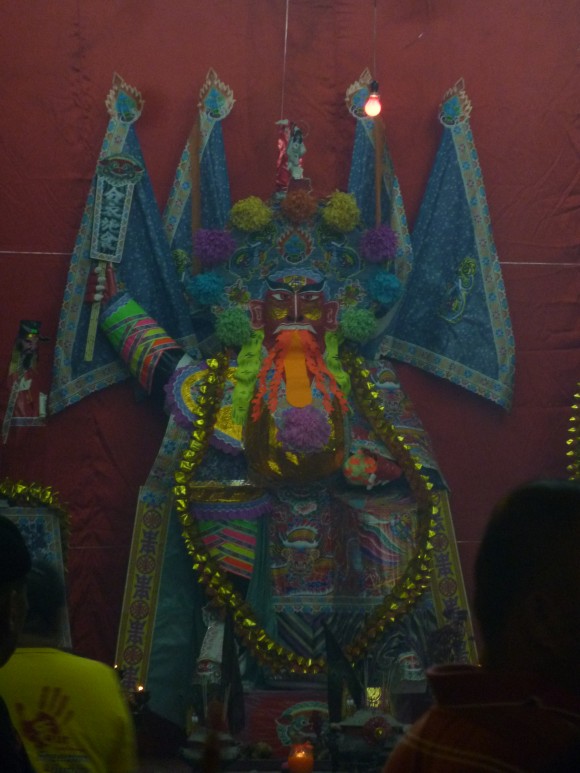 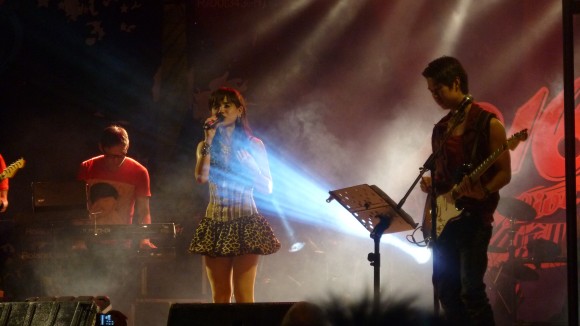 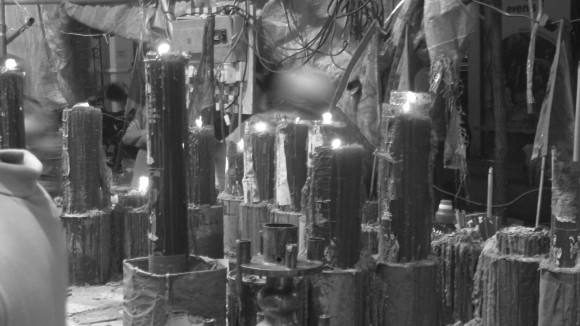 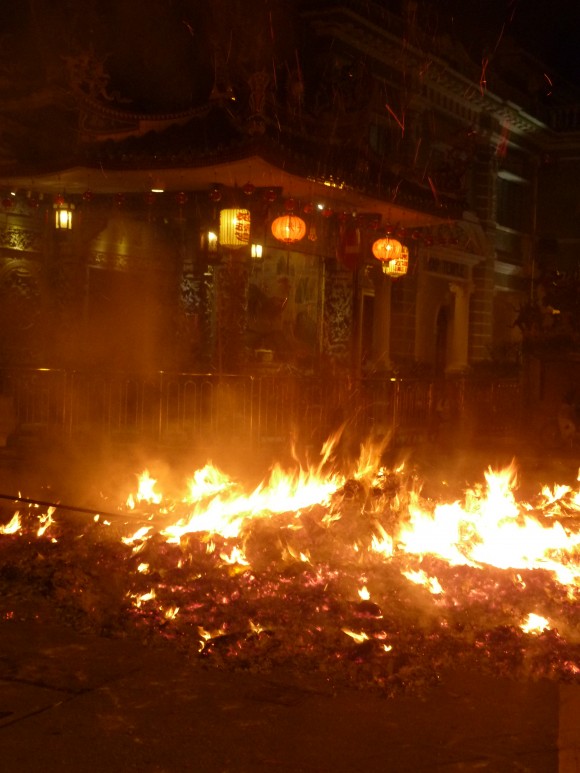 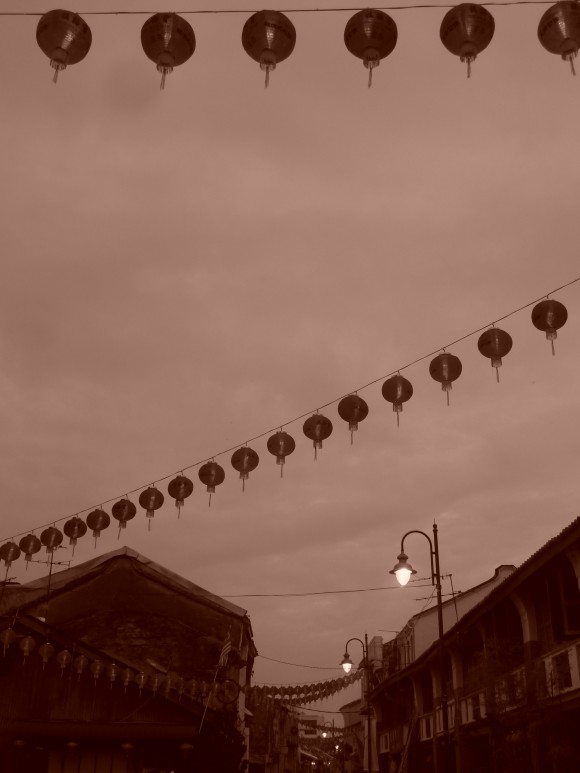 Walking through Little India in the morning is a much different experience that it becomes just a few hours later: the streets aren’t quite abuzz with activity, there’s not yet any hustle in the bustle. While there is music coming from the video shoppes’ speakers, it’s not the full-on Bhangra rave-up to which our ears will soon be treated, but rather a mellower, more contemplative selection. It’s all a bit like a dream; just seeing a shop-keeper hosing off the street in front of his place seems so evocative that one just wants to burst out in tears. (Of course, that may have much to do with my irrational emotions toward the enclave – it can’t be as wonderful/beautiful as I’ve gradually built it up in my mind to be…yet to me, it is. Pure sap, I know — but what can I say?) 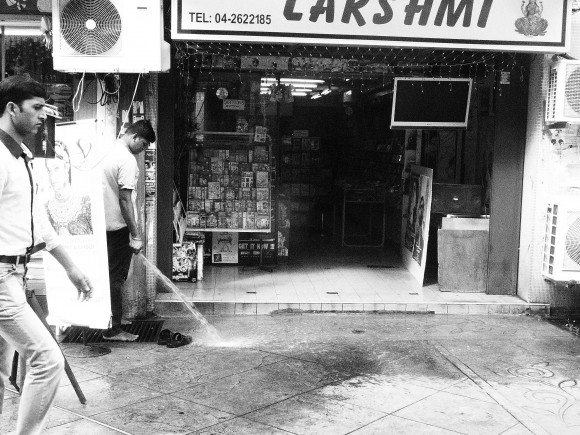 This clip is from later in the day. I very frequently find myself frozen in my tracks by a particularly compelling musical number; and thought this song an oddly appropriate soundtrack to the onscreen goings-on – as well as to the scenes playing out live on the street.

Also from Little India, this briefie-but-goodie; a Lemonade-seller doggedly making his rounds through deserted streets in the middle of a downpour, his radio singing out sullen songs of yesteryear.

The Muslim Cricketeers. They were out there at Esplanade Park one day a few weeks back. Dressed in their pyjamas as they are, and shot in the wondrousness that is sepiatone, it looks so much like a scene from the very early days of baseball. Don’t know why I didn’t take more footage, because, man, c’est bon! 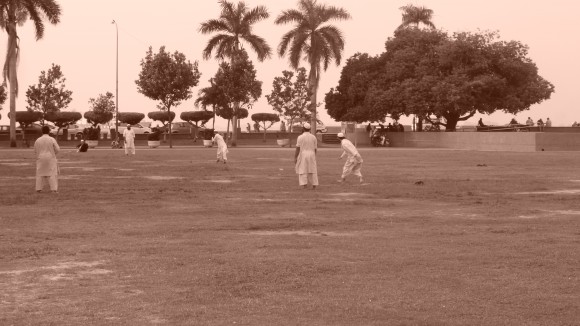 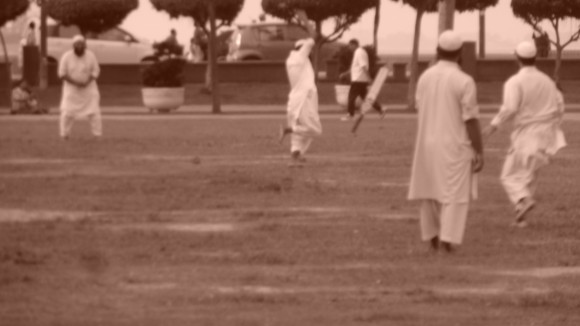 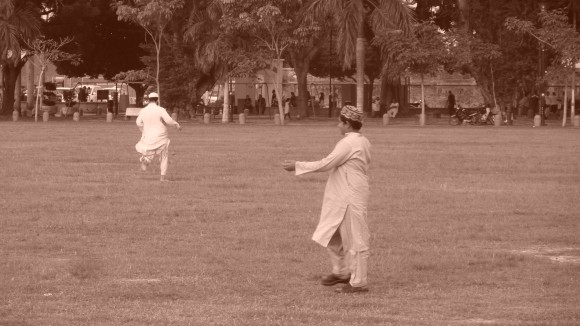 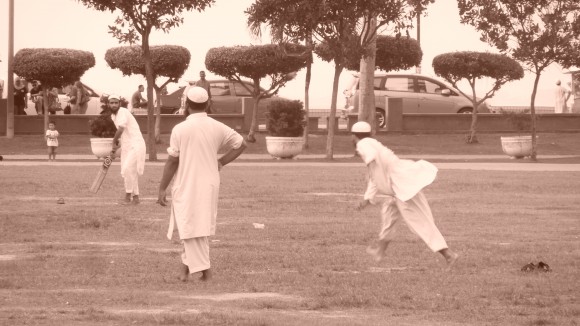 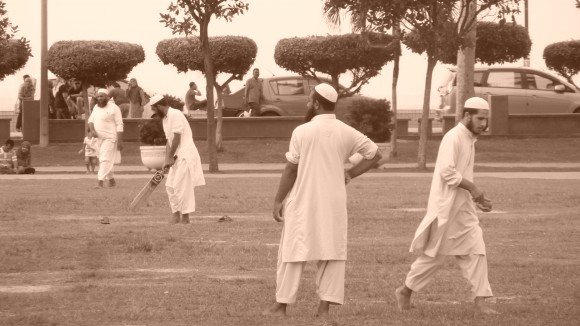 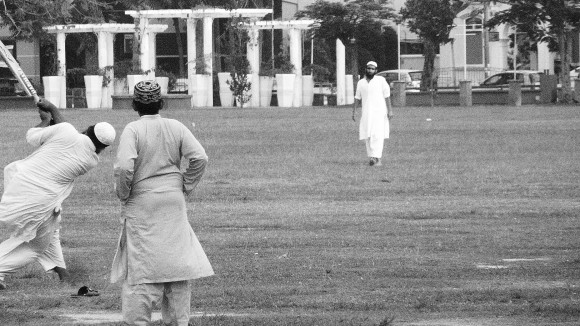 A pop-up watch shoppe near Campbell Street Market employing the mesmeric audio-looping sales gimmick learnt from the Thais. Unlike this one, which was in effect on this one day only, the one at Chowrasta Market blasts its few-seconds of loopage throughout the duration of the Market every single day of the year. While I’m personally transfixed by its insistent rhythm, I can’t help wonder how it is that the owner of that stall has not by now become completely insane?

And a last-minute addition!  This one, another pop-up, inspired by a deep-fry-pan price-slash, may be the most entertaining of them all. Unfortunately, I botched the recording on the day; went back the following day, and while the promotion was still on, the audio loop was now in Malay rather than English.  Still a lot of fun, however.

A musical performance given in conjunction with one of the GTF’s visual exhibitions. The group, consisting of Ernest and MingLi, performed a set of incredibly stupid songs about Jesus’ love. But Ernest closed the show with this fine instrumental piece – his playing technique here is pretty fascinating.

Also from GTF, the fourth of five Konserts Kopitiam. First a didgeridoo jam with some members of Culture Shot — which has over the space of two performances established itself as my favourite band in the city – and then two clips from Culture Shot itself (missing two of its six members).

Yet another GTF performance. This time, two clips from the fantastic presentation of the Thai Classical Small Puppet Theatre. The second, “Hanuman vs. Michael Jackson”, is pure gold.

Ironically, I didn’t take any footage from this film-shoot happening just a few blocks from my hotel. So here are some photos instead. In case it’s not apparent, the action is to do  with the fuzz violently beating down a protest march. 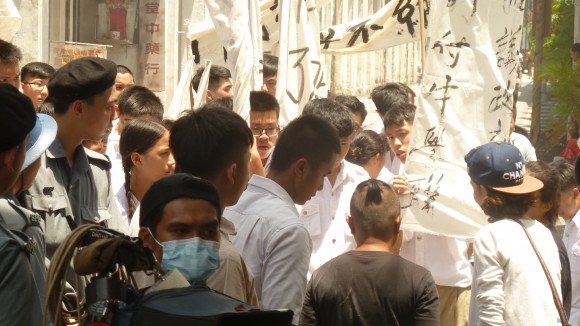 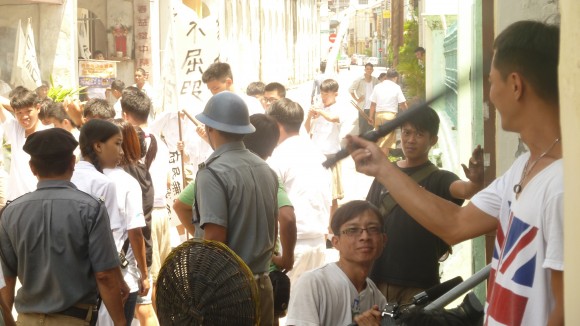 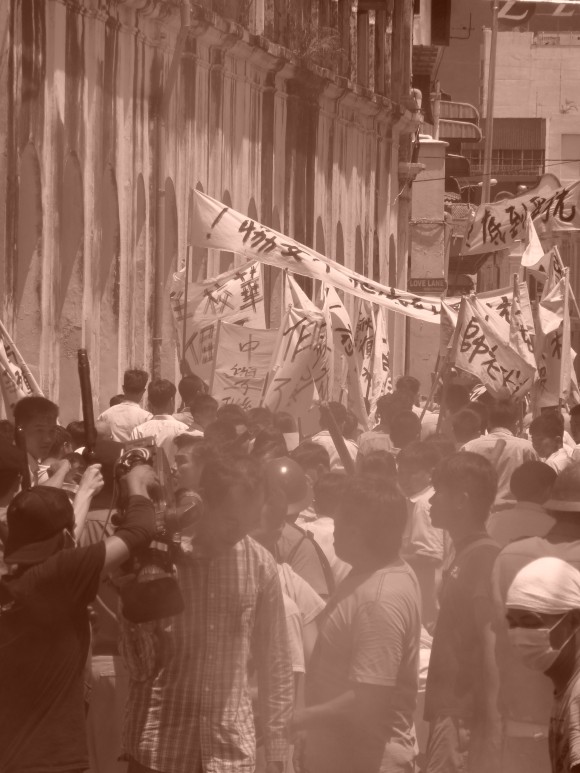 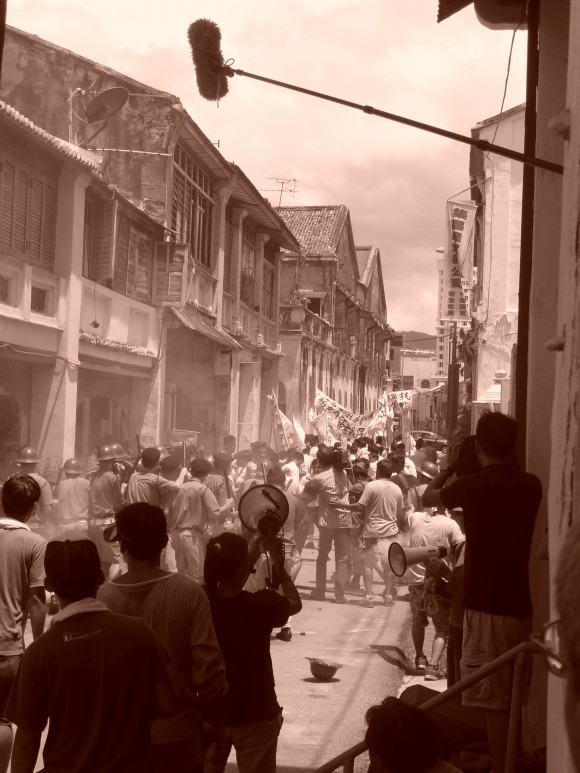 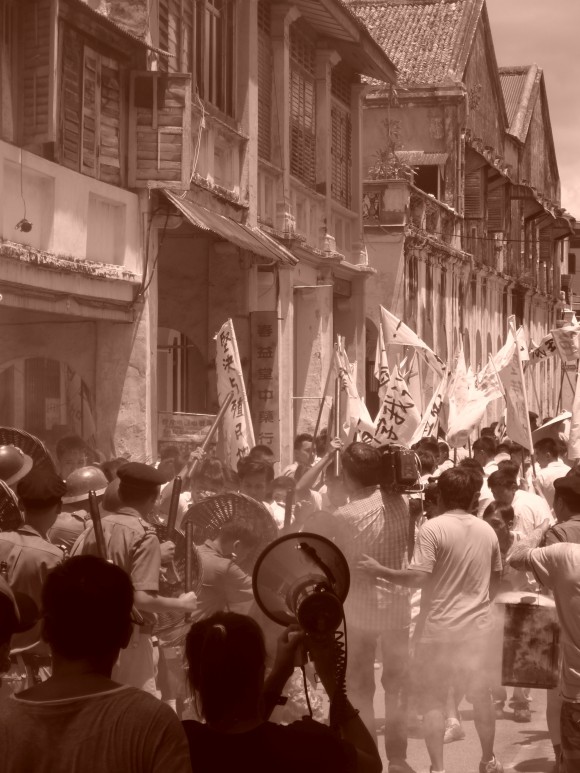 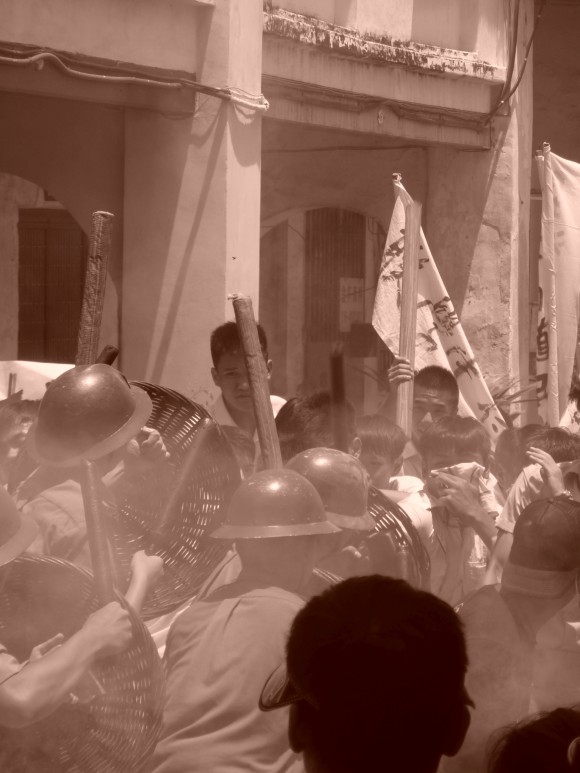 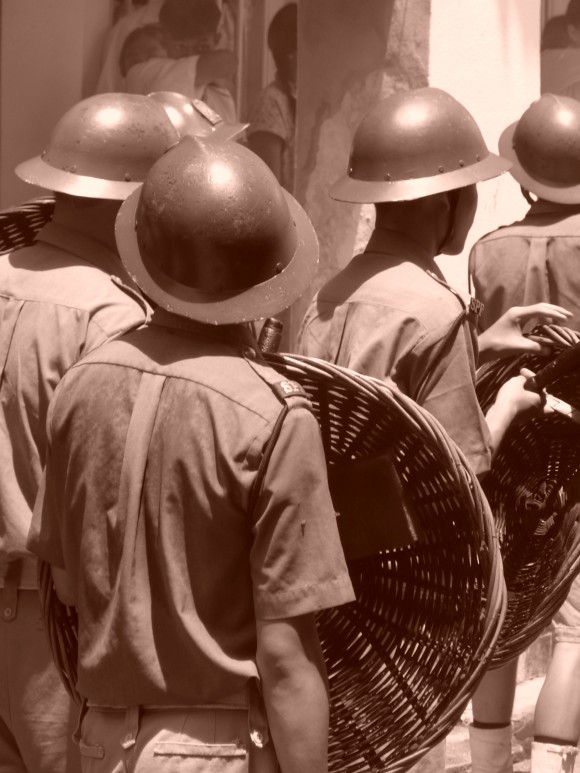 GTF closes up shop on Sunday, and with that I will leave Penang. My imminent departure has already cast over me a pall dark as the rain-soaked clouds now, with the monsoon’s recent arrival, being served up daily. It’s quite frustrating reading through the blog, feeling that in these two months I’ve been wholly incapable of communicating the island’s wonder. Huhn, you’ll just have to come here and find out for yourself.

Don’t get lyrics as profound as that these days…