The Lattice Of Coincidence

Never know, do you, just what sort of interesting juxtapositions the World’s gonna throw your way during any given moment in time? Case in point:

Walking to the bus to-day, listening to Episode #46 of the Extra-Environmentalist Podcast. I think it’s the best episode so far (always seems to really hit stride in mid- late-summer).

Success for the environmental movement has meant many of its members adopted mainstream values in attempts to sustain the unsustainable. Is sustainability a farce when associated with a way of life that is out of touch with reality? Global droughts, weather catastrophes, and heatwaves are demonstrating the rapidly increasing impact of atmospheric greenhouse gases. With decades of inaction on climate change, are we all climate denialists? Could there be an environmental movement that works to exit the collapsing global system?

In Extra-Environmentalist #46 we speak first with Paul Kingsnorth on why he’s withdrawn from the mainstream environmental movement and its discussions of sustainability. Paul tells us about developing the Dark Mountain Project to help us tell creative stories that embody the new narrative evolving from the end of industrial society. Then, Michael M’Gonigle [55m] joins us to talk about the importance of creating an exit-environmentalism that allows us to leave a global system which is falling apart. Michael describes why liberal environmentalism is no longer useful in creating laws to protect our environment. Finally, John Michael Greer [1h 56m] takes root in a new recurring and irregular segment to talk about denial and his take on the environmental movement. All that and more as our latest episode proves there aren’t limits to growth for XE podcast episode run-times.

You may recall that back in February I blogged about Kingsnorth, recommending his then-recent essay in Orion magazine, and a round-table discussion about the essay and its implications. This discussion is even more vital than the other.

Be sure to listen, by the way, all the way through to the episode-closing sketch. Sometimes these can get pretty tedious; but this one is a riot.

So then, got on the bus and cracked the new Fukuoka book, Sowing Seeds In The Desert, and here, from the Introduction:

[In his early twenties] he developed a serious case of pneumonia, and nearly died. Even after he recovered, he spent long hours wandering in the hills, contemplating the meaning of life and death. After one of these solitary all-night walks, he collapsed near a tree at the top of a bluff overlooking the harbor. He awoke to the cry of a heron, and had a revelation that changed his life forever. As he put it, “In an instant all my doubts and the gloomy mist of my confusion vanished. Everything I had held in firm conviction, upon which I had ordinarily relied, was swept away with the wind… I felt that this was truly heaven on earth, and something one might call ‘True Nature’ was revealed.”

He saw that nature is in balance and perfectly abundant just as it is. People, with their limited understanding, try to improve on nature thinking the result will be better for human beings; but adverse side-effects inevitably appear. Then people take measures to counteract these side-effects, and larger side- effects appear. By now, almost everything humanity is doing is mitigating problems caused by previous misguided actions. […]

When Mr. Fukuoka returned to his family’s farm and began practicing natural agriculture, it was with the goal of demonstrating that his way of thinking could be of great value to society. […]

Natural farming does not use any of the products of modern technology. While still attaining high yields, it creates no pollution, and the soil improves each year. If Mr. Fukuoka was able to get yields comparable to those of the other farmers in Japan — who use all the latest tools of science and technology, create pollution, grow sickly plants, and ruin the soil — then where was the benefit of human understanding and technology? After just twenty-five years, he had proven his point. 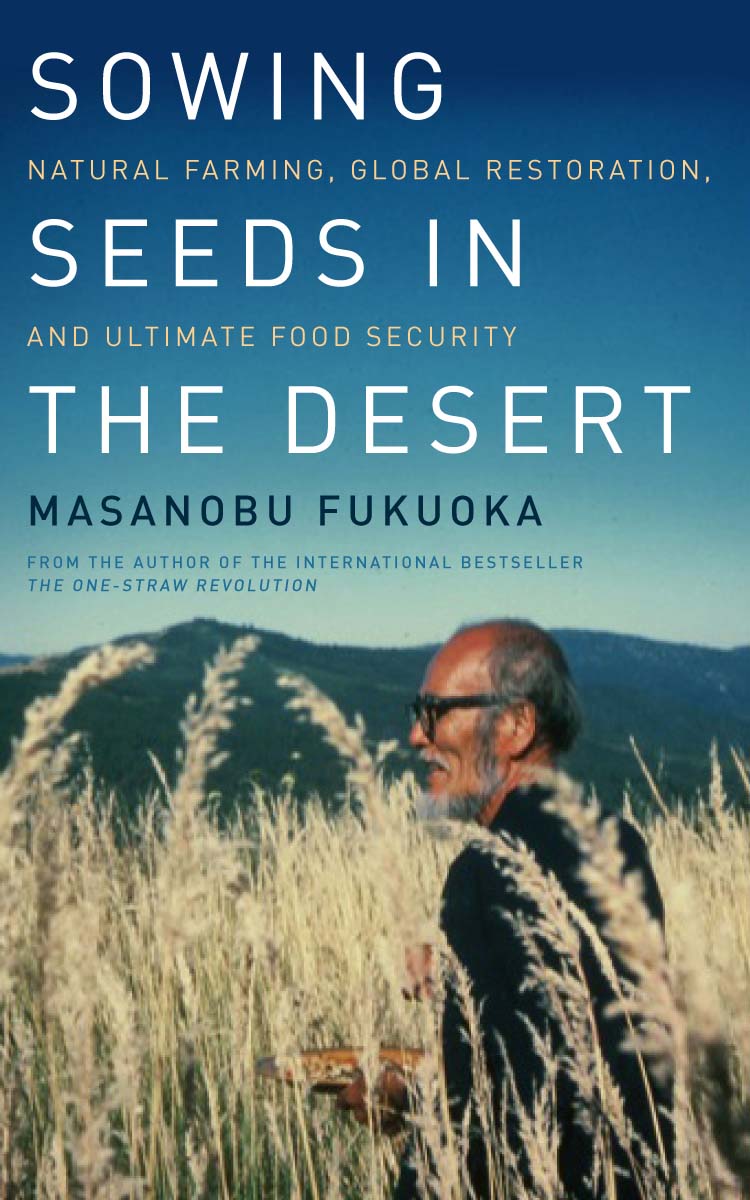 This entry was posted in Current Events, Farming. Bookmark the permalink.