[dc]O[/dc]h boy, this could be very interesting! But it’s gonna require your help… Commenter Lindsay asks:

Would you mind sharing with me a few of your most killer durian experiences?

Lindsay and her partner Rob maintain the Year Of The Durian blog, FYI. This set me to thinking, let’s have a little Rashomonic experiment, here, concerning the most infamous event in my fledgling Durian-eating career.

Aside: Rata tells me she’s been referring to me, when I’m not around, as “The Durian Master” – good lord, would that I could live up to such a lofty and noble epithet! Nobody but nobody who skips days of consumption right in the heart of the season, over such a stupid little humbug as “I got fat”, deserves to be considered anything even resembling a Durian Master.

So here’s the deal. About 90% of the readers of this blog were present and counted on that fateful day, Thanksgiving 2008, when all Durian Hell did break loose. How if you all e-mail me your recollections of said fateful day, and I’ll post the results? We’ll see what sort of consensus “truth” emerges concerning the day’s events…or not.

Doesn’t have to be anything fancy – just a paragraph or two should suffice (more if you want to, though!). Of course, I’ll be participating as well. Don’t stress out over it, just jot down your memories. Importantly, though: don’t consult with each other before nor during the composition. As importantly, don’t be all poopin’ on the party, or poor Lindsay’s a-gonna be left hanging. You don’t want that on your conscience, do you?

So here’s to it! If you were there, send me your story. Best to do it as soon as you’ve read this little entreaty, so as you shan’t forget about it altogether. I’ll not use anybody’s names; but feel free to attach a picture if you like.

I’m so in love with the temples here! More than I even remembered, I mean – though, of course, it was these very same temples which originally lit the spark that has become my burning-out-of-control templemaniacal passion.

What I now, upon returning, realise is that Chiang Mai’s temples are a categorical breed apart from the temples I’ve visited in Bangkok, Luang Prabang, Siem Reap, and elsewhere. While these last are certainly very beautiful, and great fun to visit, that’s really about all they are.

Chiang Mai’s, other hand, are somehow something much more than a pretty face. To be sure, they’re (to mine eyes) collectively the more beautiful than any other cities’. 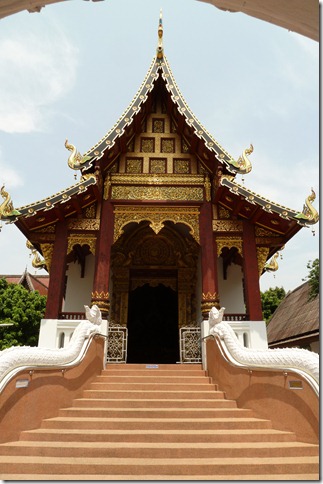 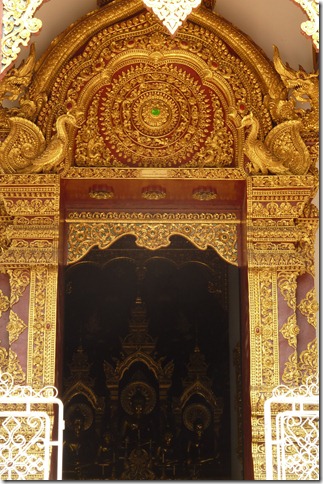 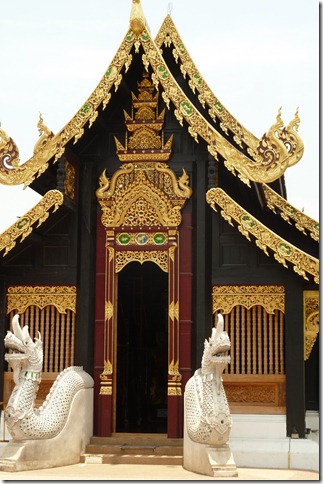 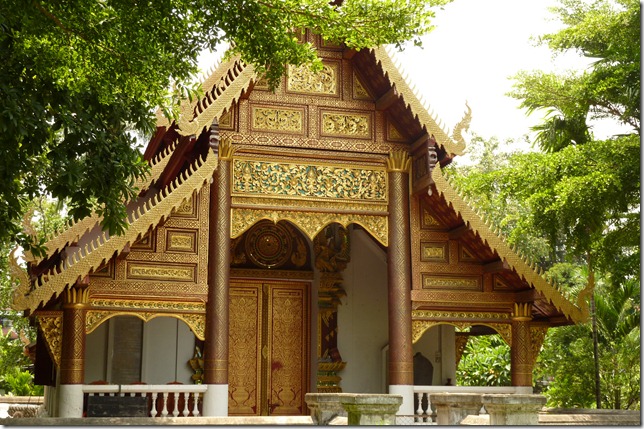 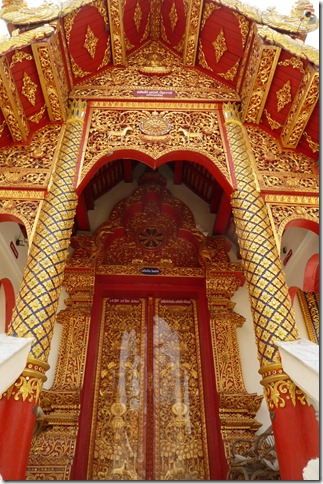 But it’s when the helpless farang enters one of these hallowed halls that the transfixion truly works its magic. What is it, this compulsion? What reduces farang to a slack-jawed puddle of incredulity? Why does farang stand for minutes, gaping in amazement at the temple’s shrine as though the latter had just landed from Planet Moon, demanding, “Take me to your leader’s leader’s leader, bitch”? What is this spell, this web the temple has woven?

Don’t know! I should guess it has something to do in some combination with the temples’ architectural design (somehow more “airy” than temples elsewhere), the materials used in construction, the beautiful and slightly longing traditional music playing in many of them, the temples’ age (up to 700 years old!), and what…?

These qualities are not peculiar to Chiang Mai’s temples, however. So perhaps it’s something in the water, or some pact with the long-theorised “evil” one, or some other unknowable factor. Whatever it is, the fact remains: Chiang Mai’s temples touch farang very deeply indeed.

One may recall that during my last visit here, in January, I had sung the praises of Chiang Mai’s aroma – later to consider Phimai’s to be a pretty close contendah. But lo, the special admixture of Thai cooking and the omnipresent waft of lit incense, it doesn’t seem to carry through to slow season. It can still be found, here and about. But not, alas, in its earlier ubiquity.

So maybe Chiang Mai’s title as reigning champeen of the scent must redound, during the less-touristic months, to the unlikely little burg of Phimai, Khorat Province.

I also love the town’s vaguely anti-authoritarian atitude, hanging there in the air; somewhat subtle, though always present. Chiang Mai feels kind of like Thailand’s Austin, Texas in this regard.

But mostly – again, as noted during my previous visits – it feels like a little miniaturised Los Angeles. It’s got the traffic from Hell and back, it’s got the hills and mountains, it’s got the smog, it’s got the sprawl. It’s even got the New Age hippie vibe. Huhn, guess the only bit missing would be an ocean.

It’s the god damned motorised transport, I tell you.

Chiang Mai had a beautiful soul, once. This is so apparent, even now. Even after the fucking traffic has rent its soul; if not destroying it totally, then packing it away in a most-unreachable place. The motor-car (and its even-more-evil two- and three-wheeled kin), along with the paved byways upon which they travel, have combined to murder Chiang Mai’s once-beautiful soul.

O Chiang Mai! For you do I weep.