Down By The Water

Decided to take a rest day to-day, and head in to Lao tomorrow.

I did hike down to the frontier for a bit of recon, and bumped into Mary Kelly and sister Sophia. Turns out they’d decided the same. They’ll be taking the two-day boat ride to Luang Prabang. On the advice of one of my Chiang Mai dormmates (the same one what had supped on dog kebab in Vietnam) I’ll be taking the bus to Luang Namtha, and visiting the area around-abouts.

Got some great news to-day, when I discovered that Lao now offers thirty-day visa on arrival (it had been fifteen, which was causing me some consternation). So, no need to rush through Lao.

Also got some bullshit news, as it looks like I’ve got dust on my camera’s sensor, causing two unsightly brownish spots on the images (see below). Apparently camera shops can fix this easily enough — but I don’t know when next I’ll be near a camera shop. Well, will try to work around it.

Picked up some lunch at the market, and went down to the river-side to eat it, while watching the nearby fisherwomen and cows. After lunching, took a very nice stroll along the river, followed by a visit to the bicycle museum. I figured this would feature an assortment of old-timey bicycles. Mostly, though, it was Tour De France memorabilia. Also, there were some cool black-and-white photos of people with their bikes; as well as some great old-timey bikes featured on stamps — including these too-cool numbers from Mongolia. 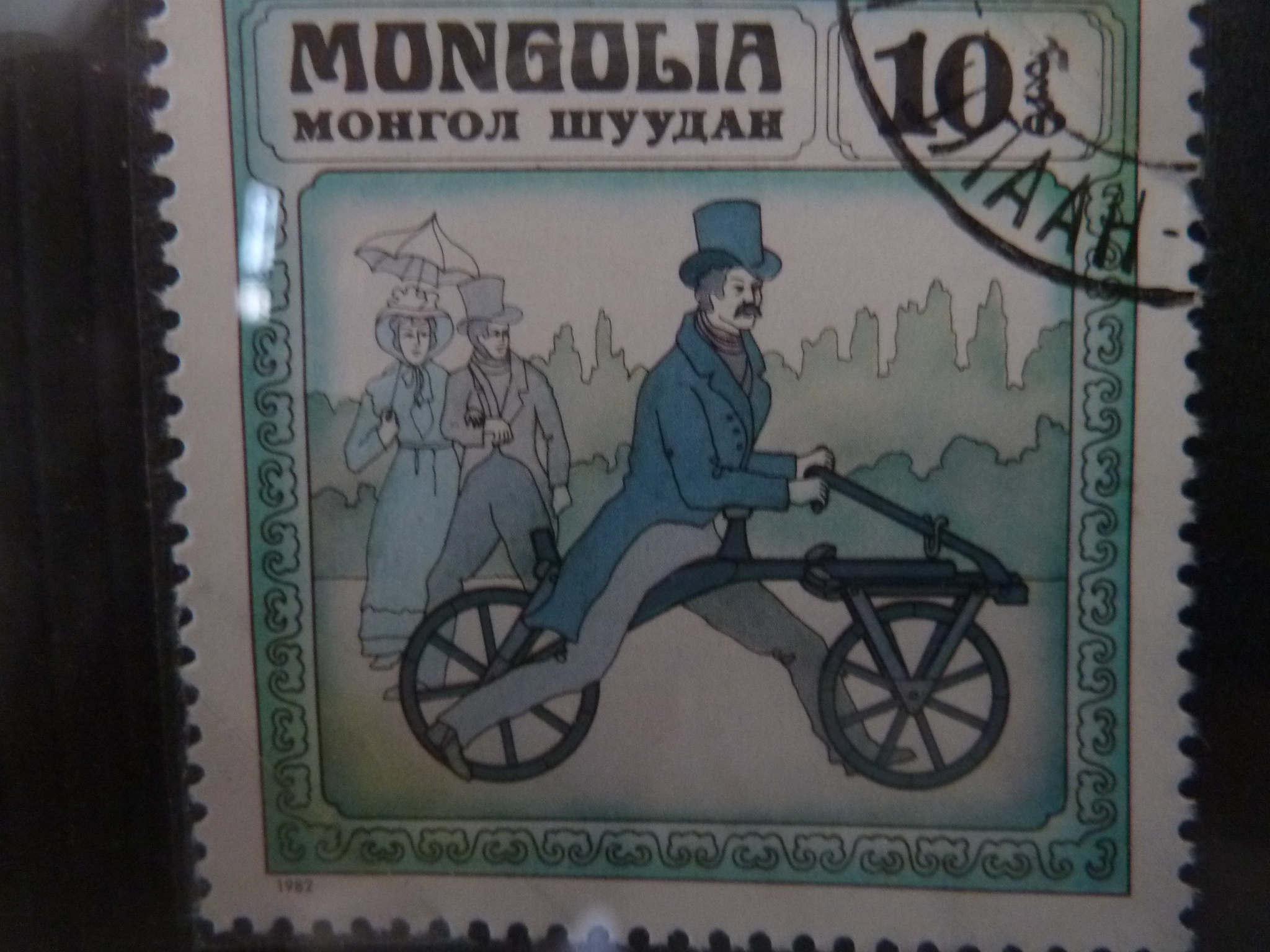 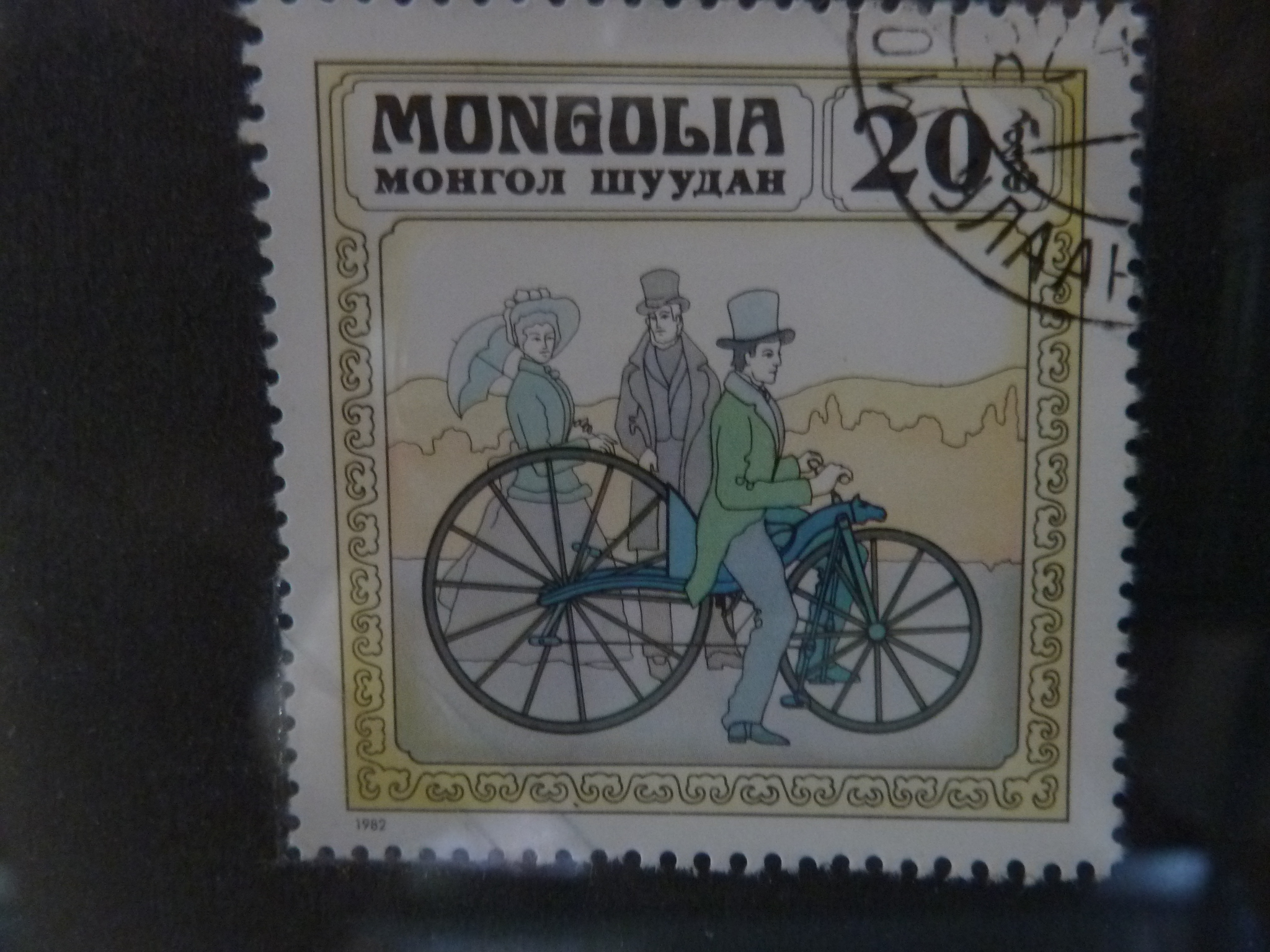 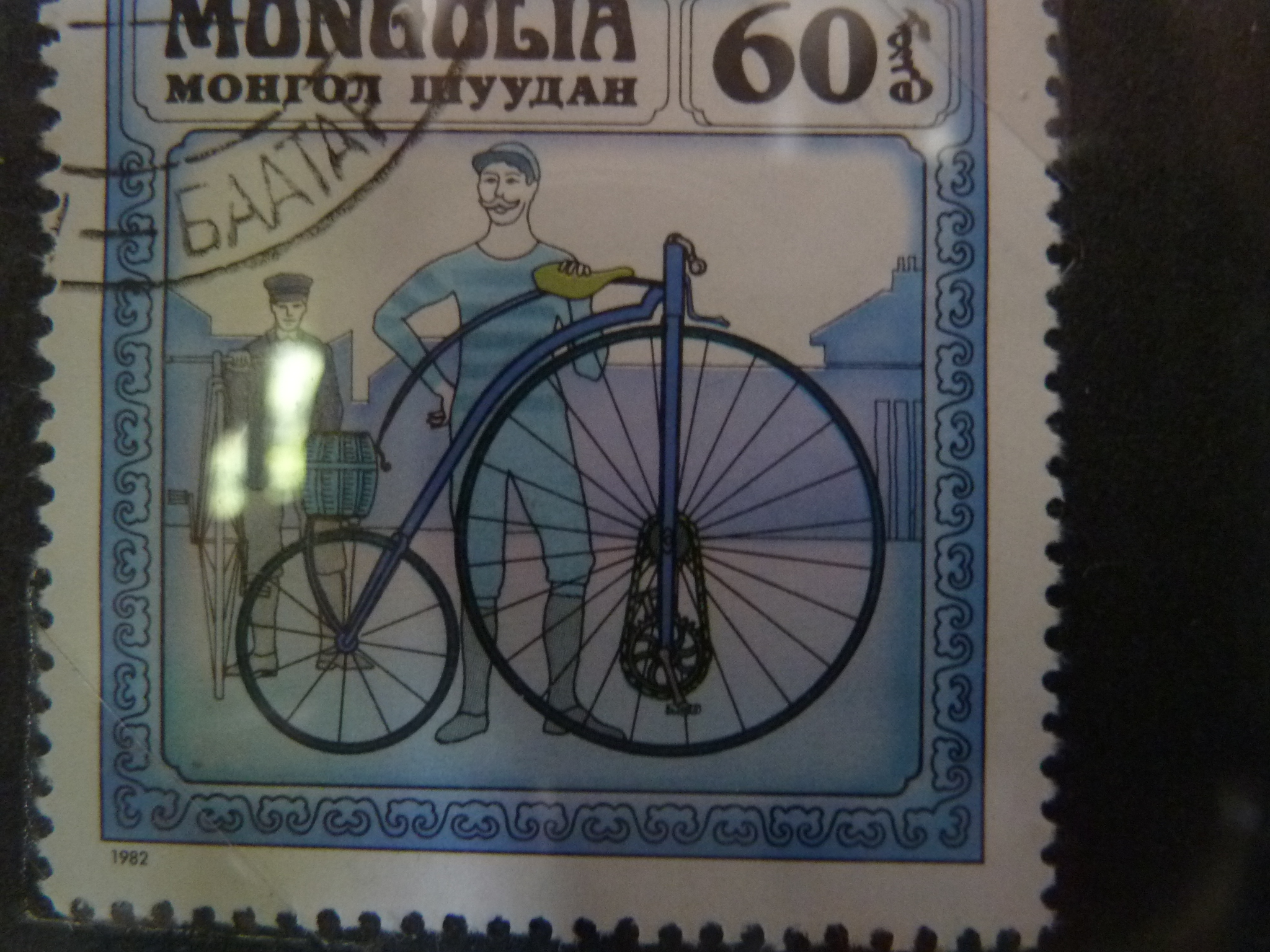 Then took a walk around the town, down the back-streets and up the alleys. What a great little place. The fruit selection is not, perhaps, the best (though the veggies selection seems quite good). But the people are very nice, the scenery is awesome, the traffic is not so much, the mosquitoes are more less tolerable. Would like to return!

Chanced upon a lost or discarded schoolbook which had amongst its pages what looks to be a Thai version of Goofus and Gallant. 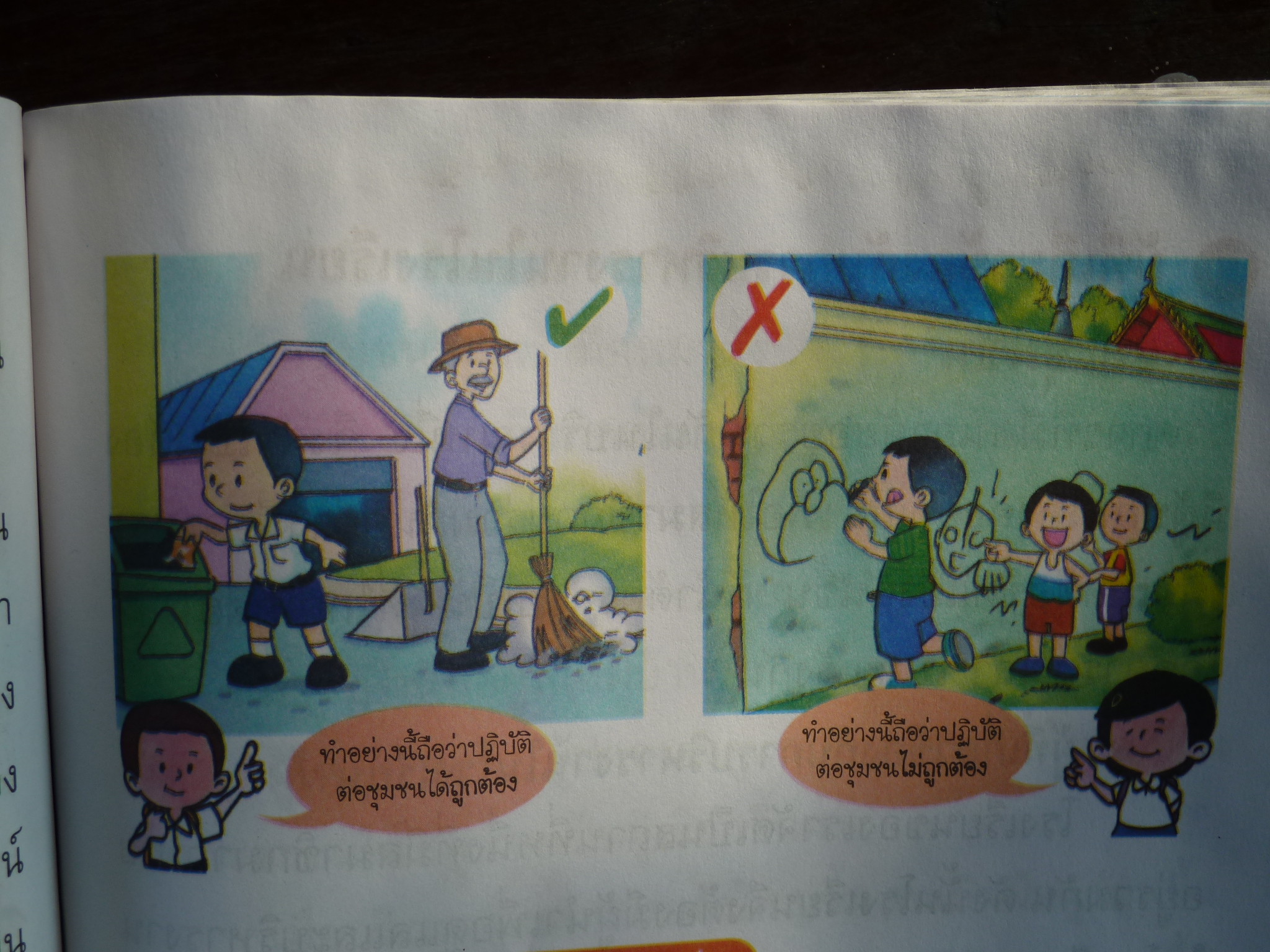 There’s a Giant Catfish Museum on the map. But Don, the Alabaman expat, related that this is now defunct. The catfish apparently grow to about 600 pounds. When one is caught (used to be a couple per year, but now it’s more like one every three years), it is tied up and held in the water for four days. A story appears in the Bangkok Post, and people drive up from Bangkok (presumably other points as well) to see it. When it is finally butchered, its meat sells for big bucks in the market.

He says there’s also a giant earthworm here which measures in at two metres. I daresay, that’s a big worm.

2 Responses to Down By The Water