Wednesday Night’s All Right (For Fighting)

Muay Thai Boxing is the big-time sport here. Basically, it’s anything goes (the Thais’ favourite manoeuvre seems to be the well-aimed knee to the opponent’s ass) — excepting that they don’t brawl it out on the ground, like the UFC does.

There are two stadia in Bangkok which feature cards several nights per week; and it’s apparently a great experience. Alas, it’s kinda pricey. However, all is not lost, as MBK Centre hosts a free fight night every Wednesday; right outside the mall. 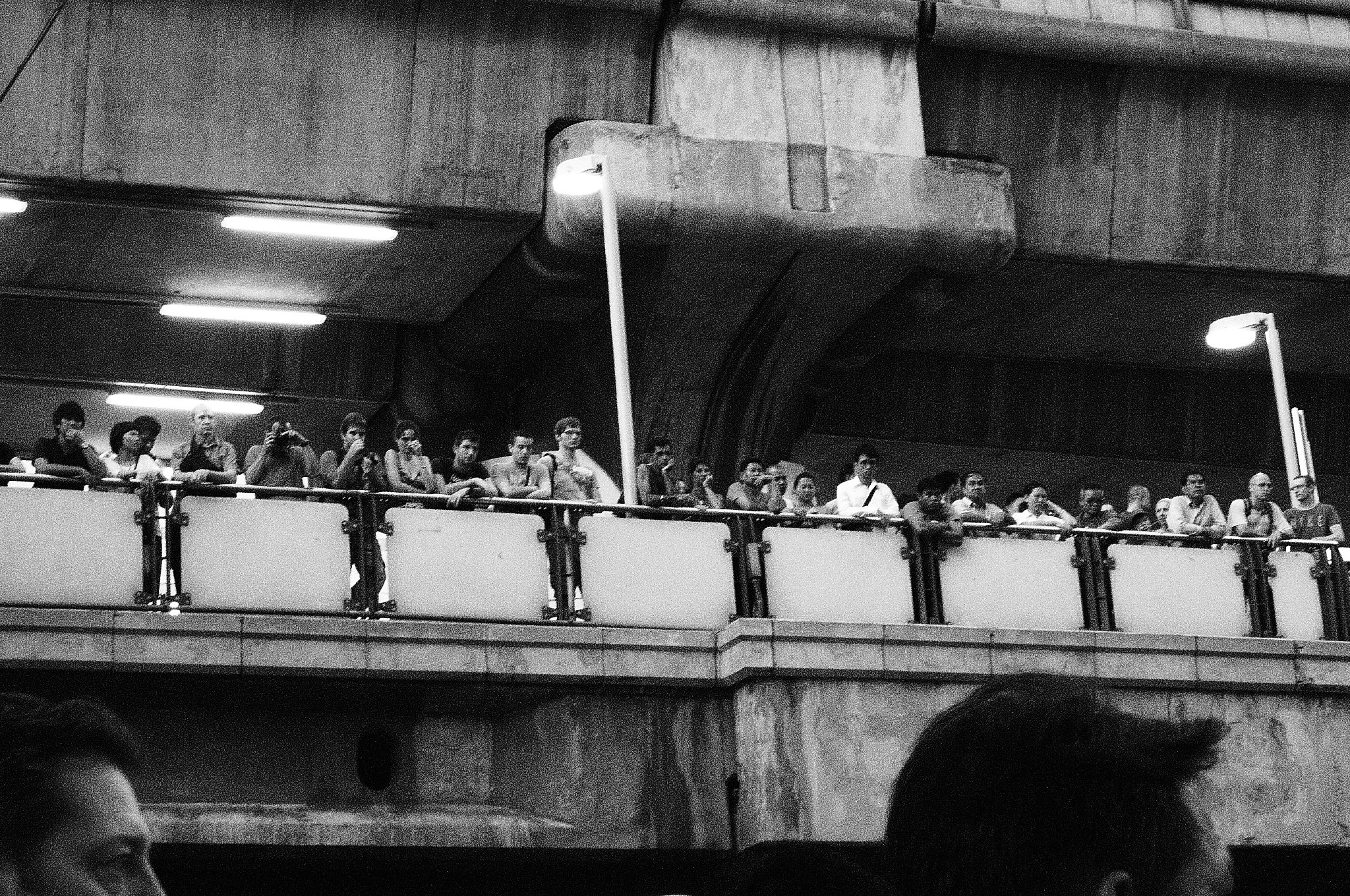 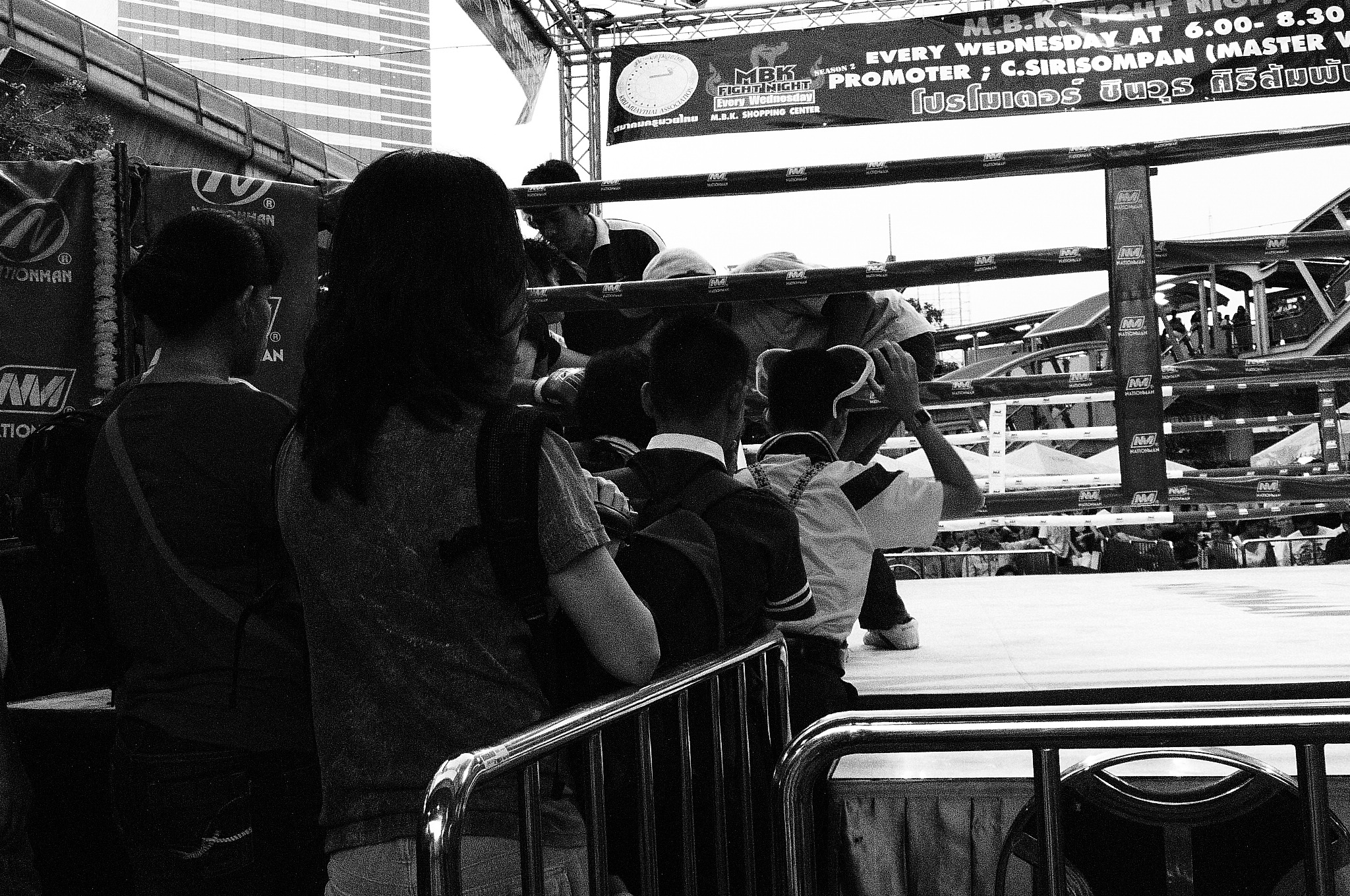 …then the fighting could begin!

The card was comprised of three female and three male bouts; all but one included an international fighter — they came from England, America, Germany, and France. There was also a Japanese fighter on the program (“Hero”), but his fight was cancelled (possibly because of time constraints; not sure).

Mostly, the internationals got the better of the Thais, which, I should guess, had to be something of a bitter pill for the gathered hordes to have to swallow.

The fights were largely quite good, and heartily battled. But almost as entertaining as the fighting action itself were the at-times Beatlemaniacal crowd and the crazy snake-charming music played in the pre-fight dance performances, and also during the actual fighting.

In the end, while the large arena fighting events are surely much more electric than this modest affair, it was still a night of charged emotions: these fighters came to win. Seated near me were an Englishman and a couple of Californians. All had visited Seattle before. Nice chatting with them, but if you’re wanting to meet some local Thais, I can give you a word of advice.

Walk around the city barefoot, and you’ll have more Thais than you know what to do with pointing at your bare feet and asking you what you’ll presume to be something along the lines of, “Where are your shoes, gringo Yankee?” Then, when you gesture toward your backpack, they’ll just laugh and laugh at your stupid, ridiculous ass.

Once in a while, though, one of them will be an English speaker, and will quickly grow bored with the subject of your bare feet, and will instead begin peppering you with questions about your travels in Thailand.

(Advice given free of charge.)

1 Response to Wednesday Night’s All Right (For Fighting)