The Coolest Sight On Oahu?

One could do a helluva lot worse than The Spitting Cave! At any rate, it was the coolest sight that I did see.

We had set out for the snorklers’ paradise of Hanuama Bay, whose parking lot was full before we arrived. Thwarted, we instead chose to look in upon what the guidebook conveniently left on the dinner table of our rental house names one of the island’s “Hidden Gems”.

It certainly is hidden. Only a small sign declaring “Beach Access”, inconspicuously located at the end of a cul-de-sac deep into the back streets of a residential neighbourhood, reveals a quite steep and, indeed, somewhat treacherous trail leading down to the lookout point.

Once off the trail, and onto the layers of volcanic rock which form the seaside cliff, one at least is privileged to witness the impossibly beautiful blue water and the furiously pounding surf which form the cave’s milieu.

The cave itself – a sort horizontal blow-hole occasionally activated by some trick of geometry and tidal forces – is, while certainly nice enough, actually (leastways in this particular observer’s estimation) kinda insignificant in comparison with its environs.

Photographs couldn’t possibly do justice to a sight whose breathtaking majesty possibly (I say possibly) surpasses even the Grand Canyon of The Yellowstone. Nevertheless, here are a few, taken both on this day, and during a subsequent visit a few days later. As always, more pics at my Flickr site. 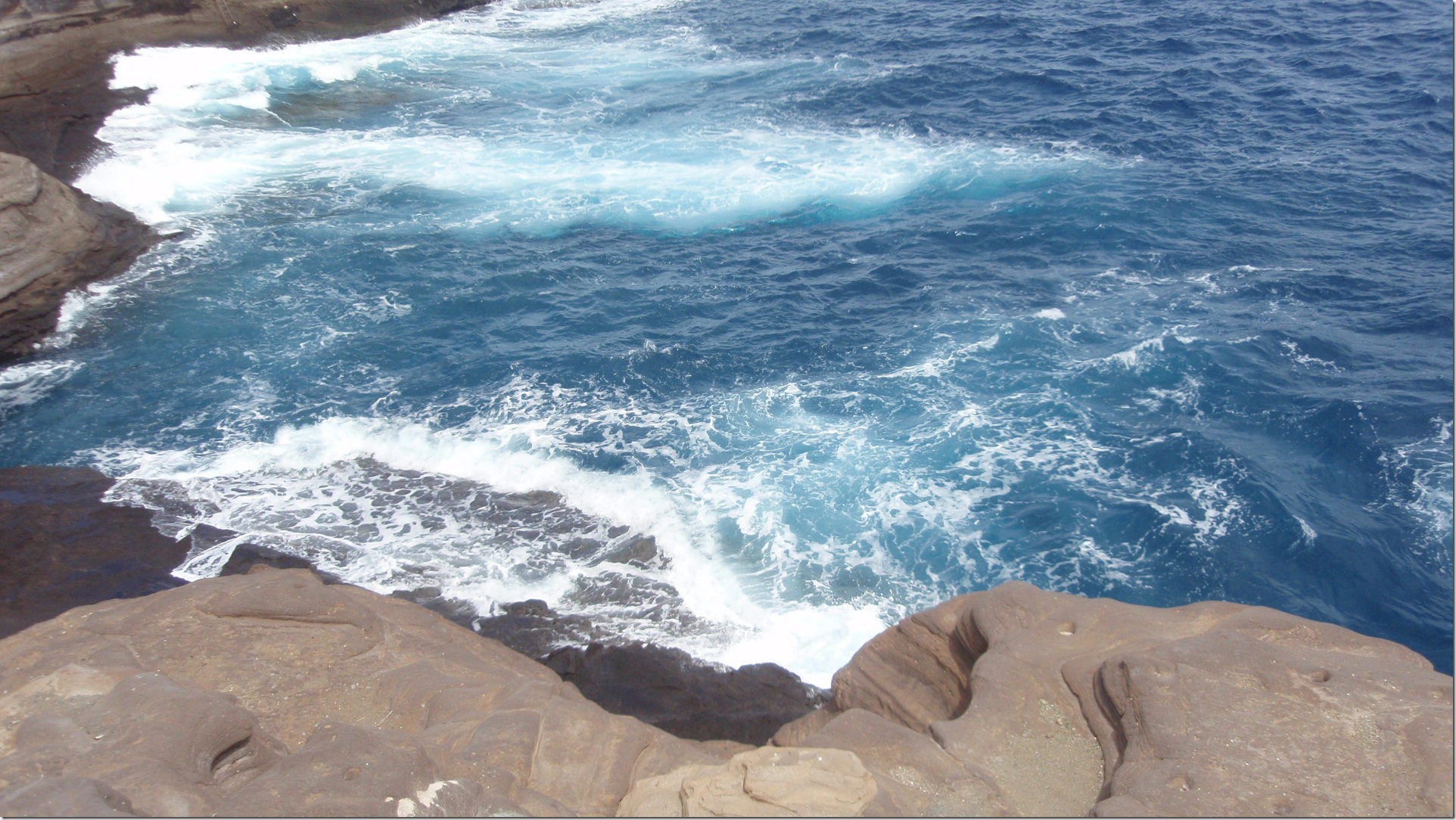 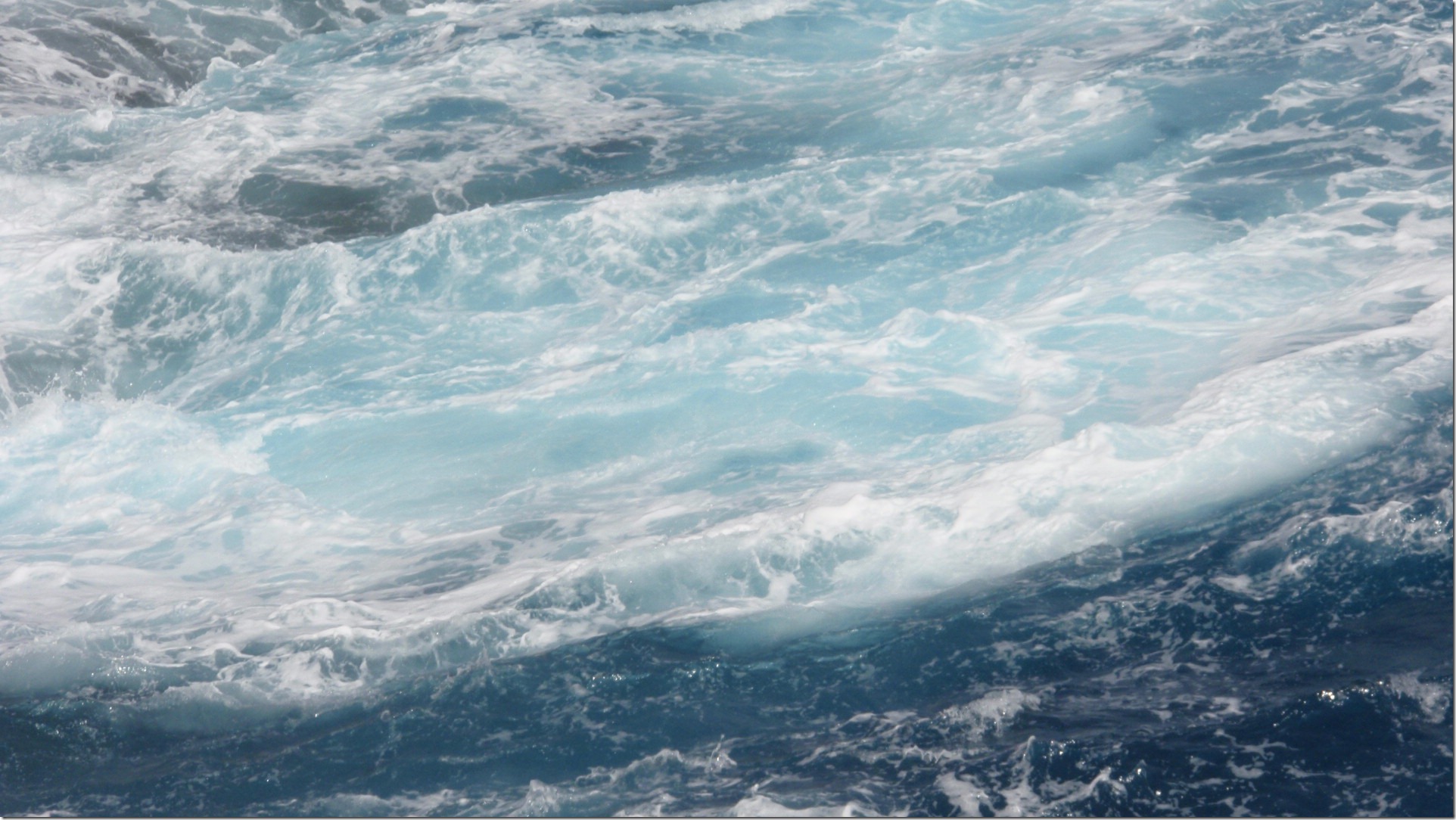 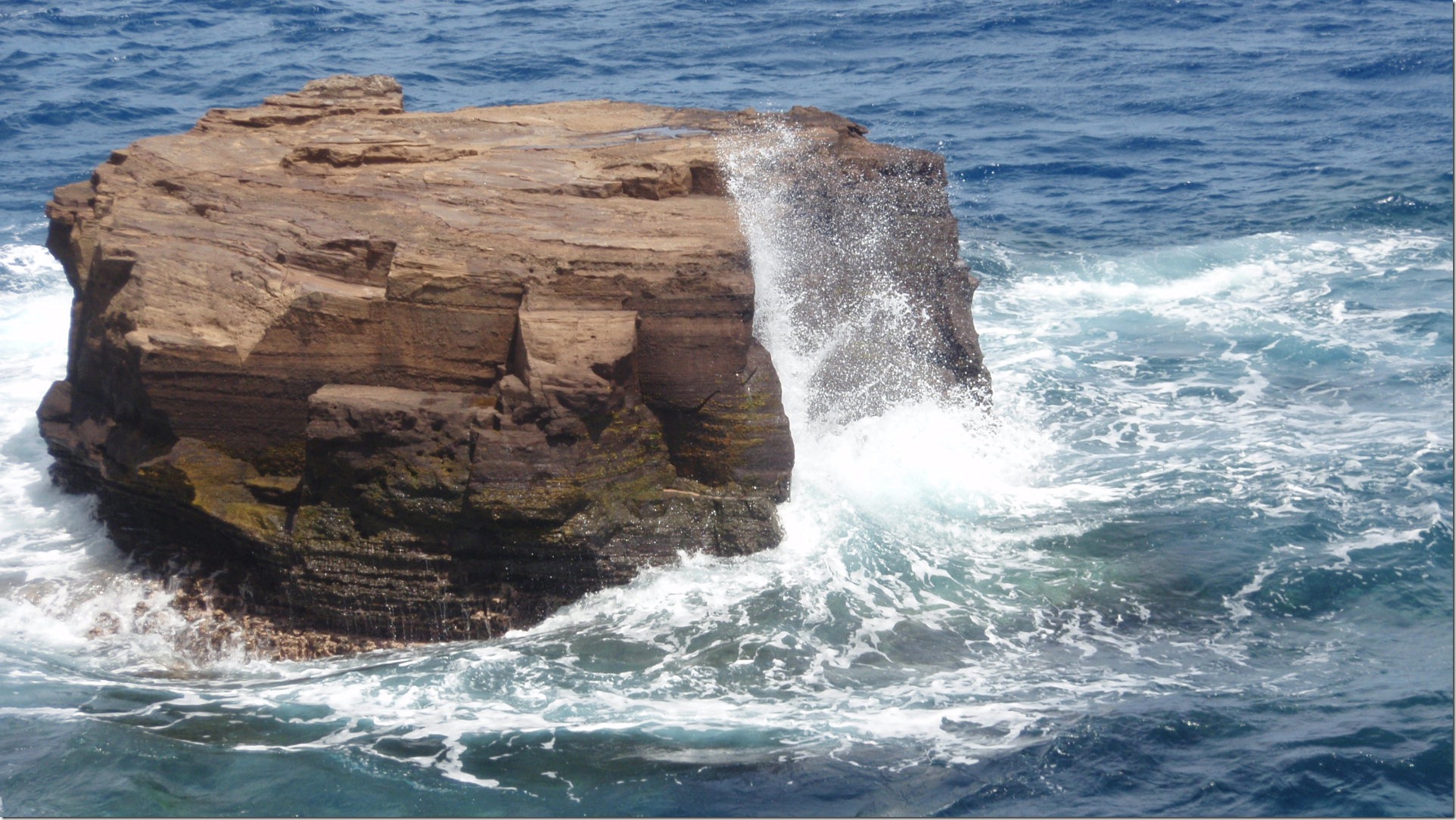 Huhn. I notice that I didn’t even snap any photos of the Cave’s spittings! Ah, well; guess that’ll have to wait ‘til the next visit…

1 Response to The Coolest Sight On Oahu?