With scarcely a couple of days to unwind from, and reflect upon, the majesty and mystery of the Festival (and to make a final, futile attempt to discover the source of a leak in a newly dug pond), the folks and myself set out for Seattle, listening along the way to the delightful and fascinating audiobook of Christopher McDougall’s Born To Run.

After a few days lollygagging in Seattle (during which time I picked up my final paycheck, said some goodbyes, and bought me a pair of Luna Sandals), seven of us arose early Saturday morning, and made our way to the Sea-Tac, from which we boarded an aeroplane bound for Honolulu, Hawaii.

Would you believe that this was only my second-ever flight? The first, in 1987,  hardly even counts: a basic one-hour hop from Spokane to Great Falls aboard a little nine-seater. Otherwise I had, primarily for ecological reasons, but also out of a genuine preference for auto-based road-trips (including those aboard buses), lived a flight-free existence.

After de-planing in Honolulu, we picked up a few vehicles, and caravanned to a rental on the North Shore, in which nine (!) of us would reside for the next ten days. A short walk down the beach, another branch of the family, five strong, had shacked up in their own rental.

The view from our back yard: 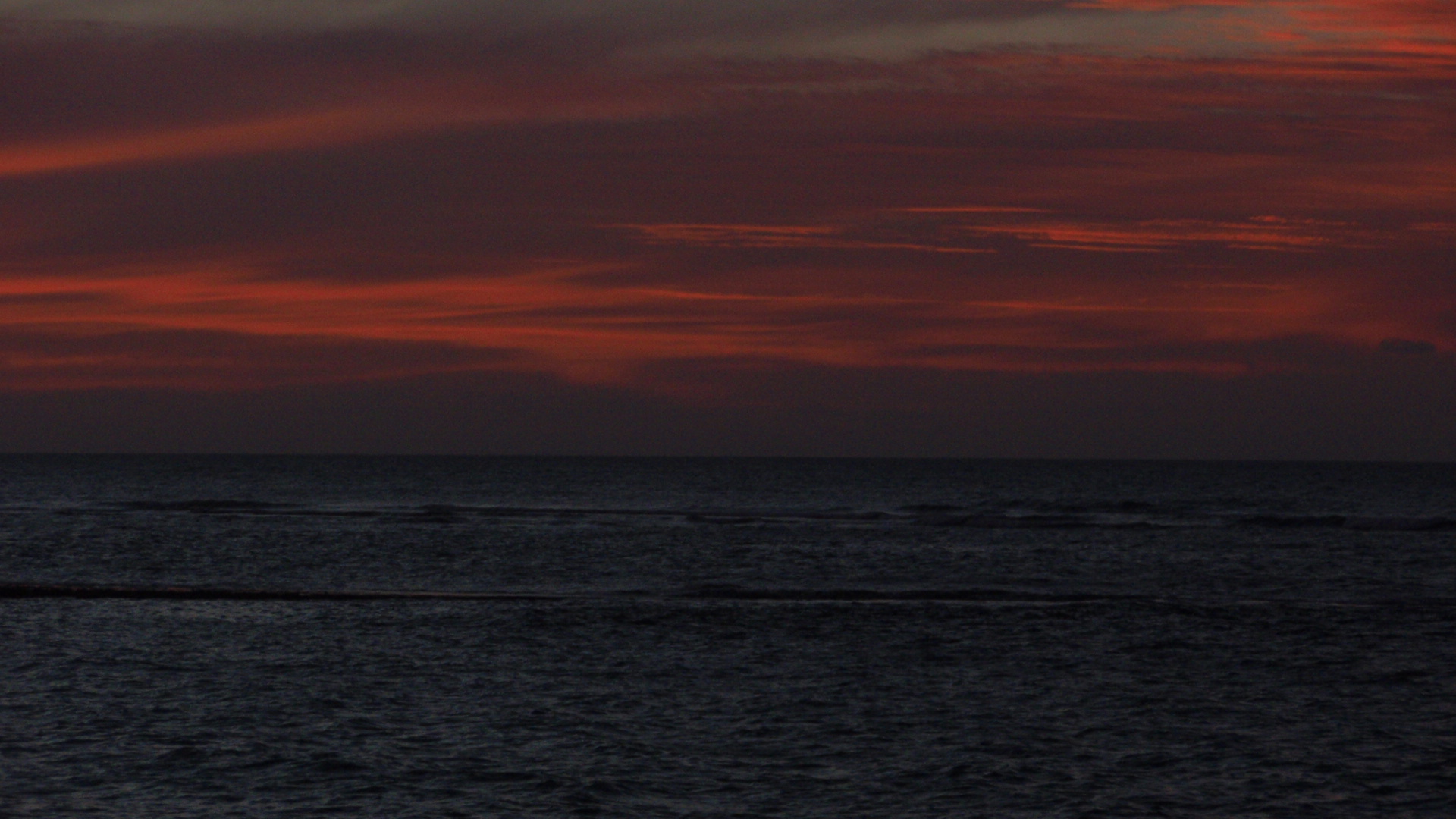