Okay, the Mangoes up here are just un-fucking-fathomably delicious. Oh, lemme rephrase that. They’re just UN-FUCKING-FATHOMABLY delicious. To try to give an idea what they’re like: you know how, when you’re eating a Mango, and you let the juice run off into a bowl, and then at the end you drink the juice? How it tastes like the sweetest, purest, most heaven-sent nectar? That’s what the flesh tastes like (on the smaller ones; the bigger ones aren’t quite as sweet, and have a hint of Peanut Butter to them).

And they’re cheap, too. What’s more, the cheapest ones are the best tasting. Lookit these prices. 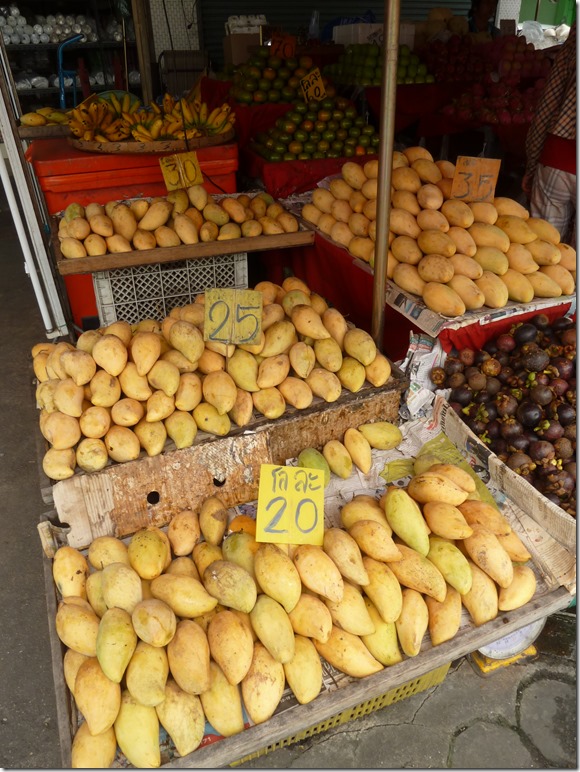 Twenty Baht to the Kilo is, if my maths are correct, about twenty-eight cents per pound. Can you imagine that?

I found out, though, that it is possible to overeat of them. Six seem to go down just fine. But seven or eight in a sitting — each of which I’ve tried – while leaving farang wanting more and more, does touch off a little bit of indigestion.

Not gonna say these Mangoes are a superior gustatory experience to the Penang Durian. But I shall say that, in terms of taste-bonanza combined with affordability and availability, these Mangoes I’ve been eating in Chiang Mai the past week wipe out everything I’ve ever previously experienced. If you don’t believe they could possibly be that delicious, just get your dimpled ass over here and find out for yourself. The World is headed down the shitter at rapid speed – you’d be better off experiencing these Mangoes soon as possible.

The Lychees, as mentioned previously, are kicking into high gear. Even so, and even considering the brevity of their season, they’re still at the moment running a distant second in my fruit pecking-order.

The Watermelons are great, if a tad on the pricey side. Locals love it when I carry one down the street – holding it aloft by the fingertips — gaily crying out “Taeng-Mo!” (the Thai word for Watermelon), and then laughing to beat the band. One dude even asked to take many photos of me just schlepping the Watermelon.

While one can’t help get carried along by their good humour, it is a bit perplexing. I mean, how the fuck else are you supposed to carry a twelve-pound Watermelon? The vendors always go for the damnable plastic bags. But, what?, are they gonna quadruple-bag ‘em, or something?

So, Durian are currently an afterthought. Hell, I’m even eating more Sapodillas than I am Durian. The latter are just not very good. Not to say they aren’t plentiful… 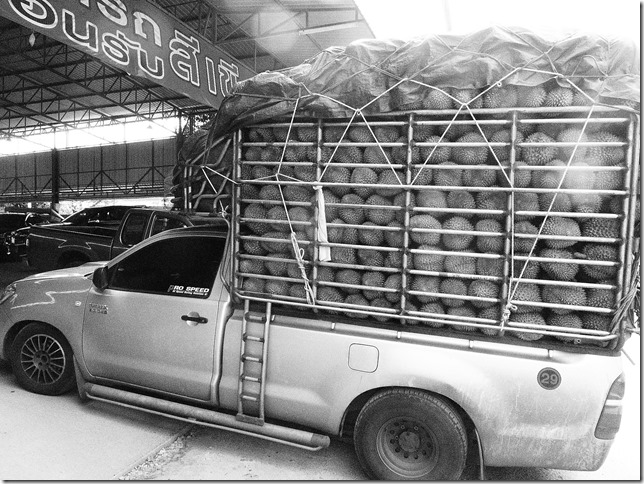 I did have one incredible Khan Yao, but I had to pay out the nose for that. I’ll just wait for Chanthaburi – where, I’ve heard tell, they’re already in excellent fettle.

Chiang Mai seems largely unwracked by the troubles plaguing Bangkok (where to-day, Martial Law has been declared). Maybe I would say that the people don’t seem quite as friendly as I recall. But perhaps that’s more to do with the heat.

Anyway, Chiang Mai has still got the most beautiful temples… 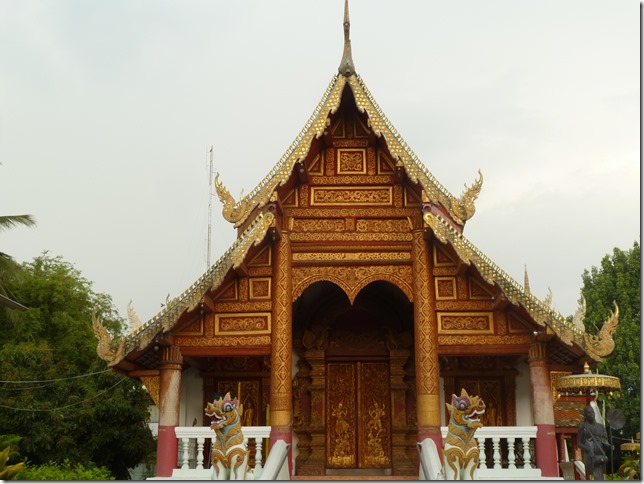 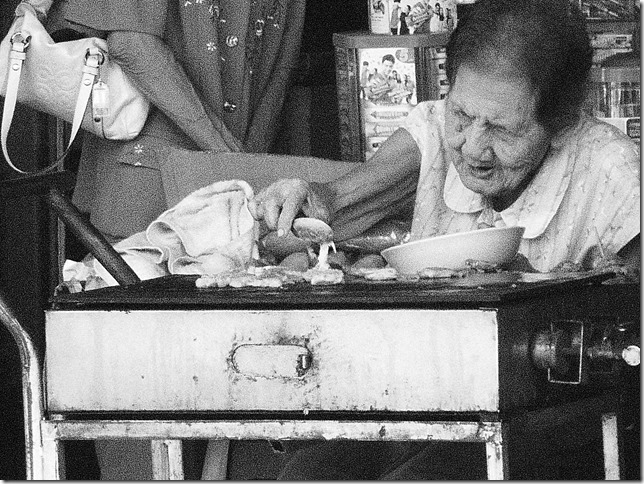 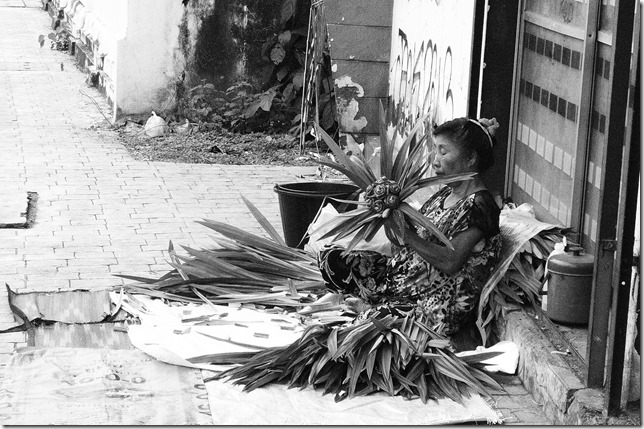 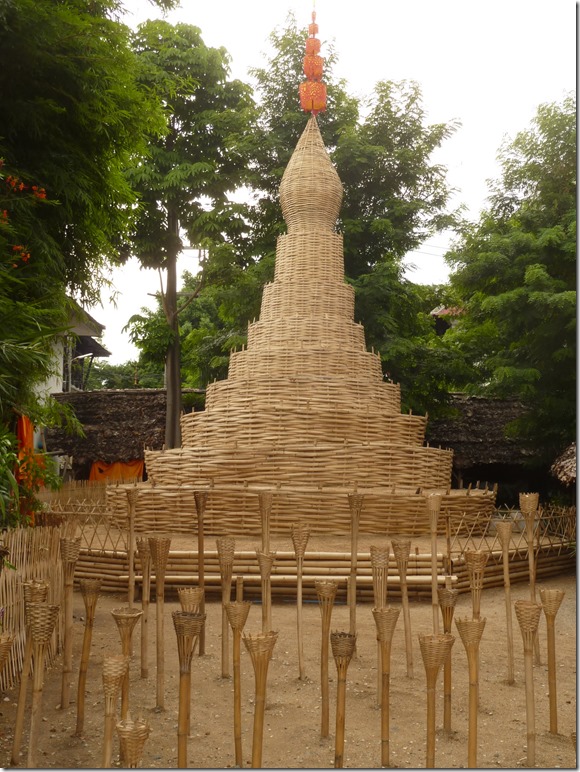 It’s got a giant Chicken guarding a headless Buddha. 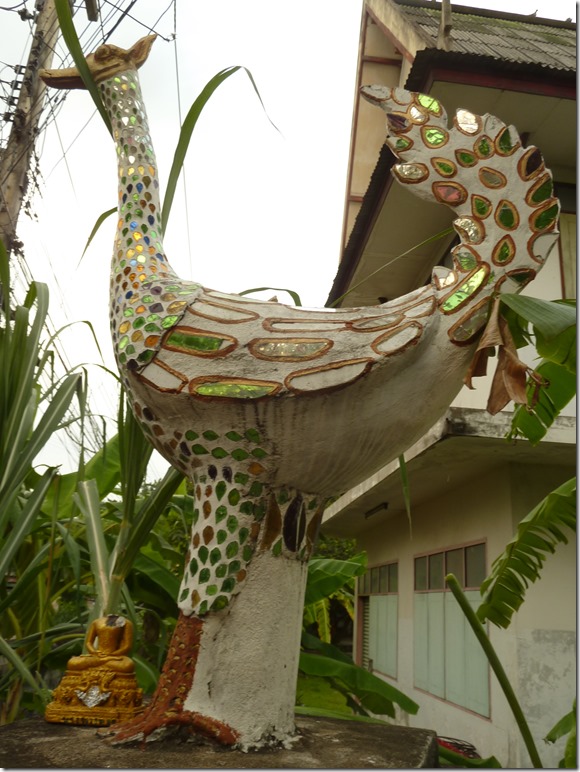 It’s got Fraud And Induction… 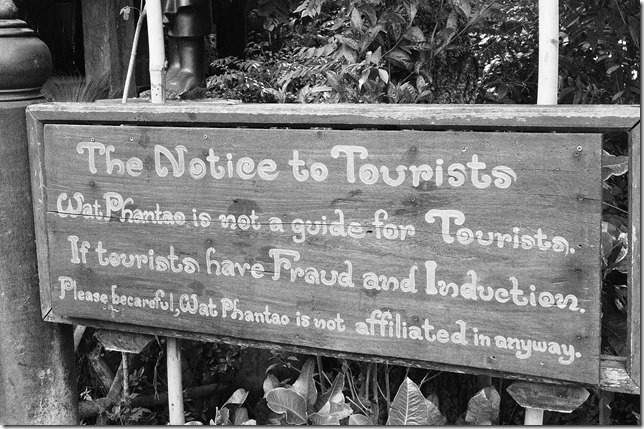 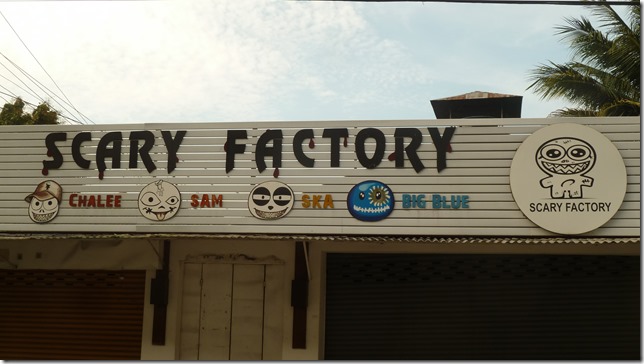 …and indigeno music bands who’ll lose their cultural believes if you don’t shower down with coin. 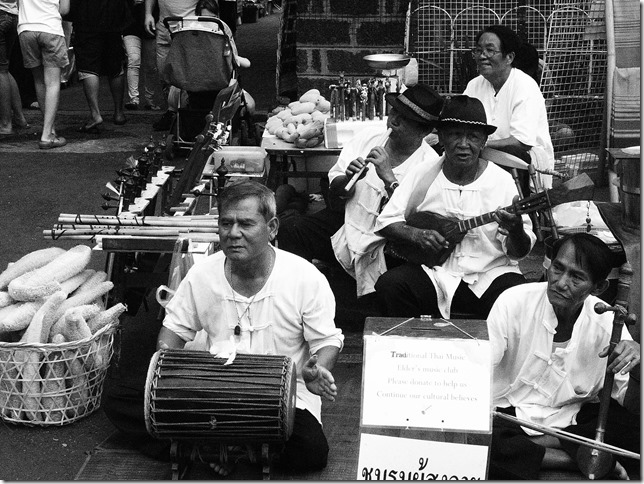 It’s got Jakfruit bigger than your dog’s house. 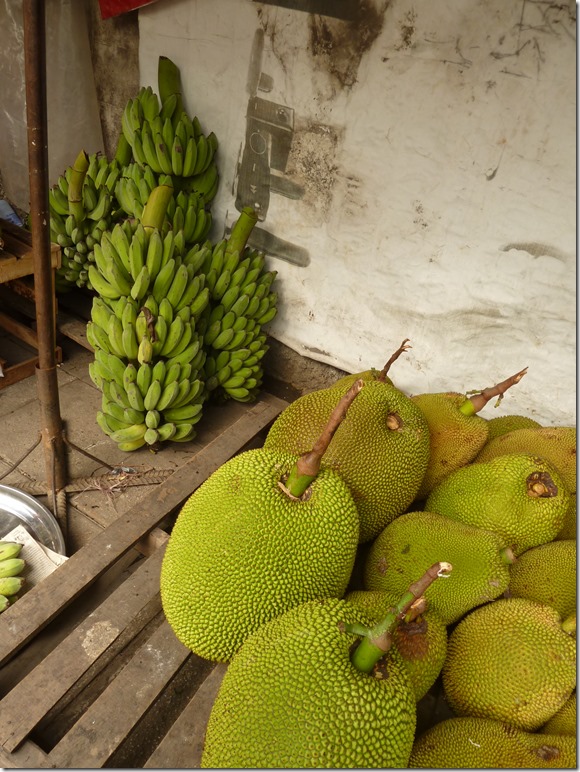 It’s kind of – notwithstanding the fucking traffic – as good a travel experience as one can find. Ima head to Pai tomorrow; though I don’t really want to leave here. I figure I ought to at least see a few new places. So, off I go. But if the Mangoes up there are found very much in arrearage, my dimpled ass will be finding its way back here right fucking quick, brah.