Finland Has It All

So the Pythons once sang. But, does Finland have… …in their goddam dreams. If they’re lucky.

You see, ever since I’d arrived in Bangkok…

Oh, an aside: you know that old joke where somebody asks what’s the capital of Thailand, and when you answer “Bangkok”, and then they’re holding a soup-can or whatever, and make like they’re going to smash your gonads with it? Well, I learnt to-day that Bangkok was originally called “Bang Makok”!

…I kept hearing from everybody how much they’d loved Chiang Mai. And the guidebook concurred. And so I booked my passage here. Then people still kept telling me how great it is, and I started to get nervous. Could it possibly be as great as everybody was saying?

It isn’t. Not that it’s entirely without its charms. But the city is just so damned pedestrian-unfriendly that it will be impossible for me to give it an unreserved thumbs-up. Half the city doesn’t have sidewalks at all. And where there are sidewalks, there’s usually a frickin’ moto parked on them, or some other bullshit in the way (for example… …), and so you’ve gotta walk out into the street anyways. Which the streets are filled with homicidally maniacal motorists.

Oh, speaking of motorcycles: if Motorcycle Mamas are your thing, then Chiang Mai is your city! I don’t think I ever once noticed a girl driving one in Bangkok; but here I think the ladies outnumber the fellas. Huhn.

To-day I figured I’d walk up to the Tribal Museum, located a few miles north of the city. But the further I traveled from the city center, the more untenable grew the possibility of arriving there by foot. Eventually, I just had to forget about it and turn around.

So, I didn’t see the Tribal Museum to-day. Here’s what I did see in its stead.

Tried to escape the motor-cars down some side streets, and this dude was slowly driving it around in his truck… 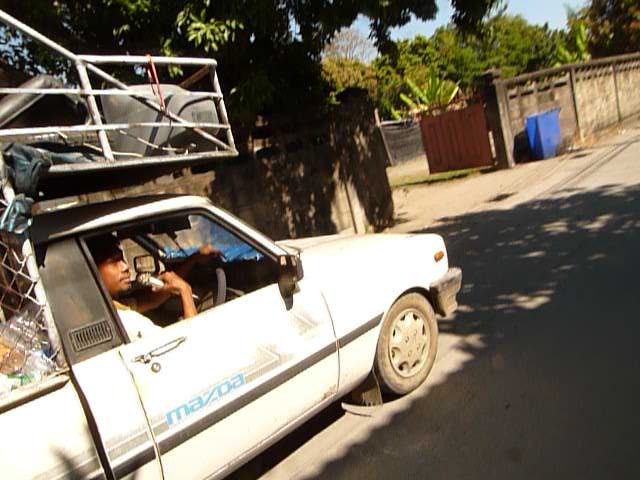 …making little speeches. At first I thought that he must have been giving out some political tracts; but later decided he may have been offering some or other service.

Saw another instance of space-food unlike anything I’d observed in Bang Makok. Saw a lady combing her hair in amongst a sea of butchered meats. Spied on the map that there’s a Postal Museum here, and was able to locate same. I shan’t lie: had a really fucking enjoyable time in there.

There’s a small-but-interesting display concerning Thailand’s Postal history. (Quiz time! What was the most important vehicle in post-bag distribution in the olden days?) And of course there was the obligatory kampoo-style weight machine. But most of the museum’s space was to do with philatelia. And let me tell you, when it comes to stampsmanship, nobody but nobody tops the Siamese! At least, that’s my opinion.

Here, see if you don’t agree. 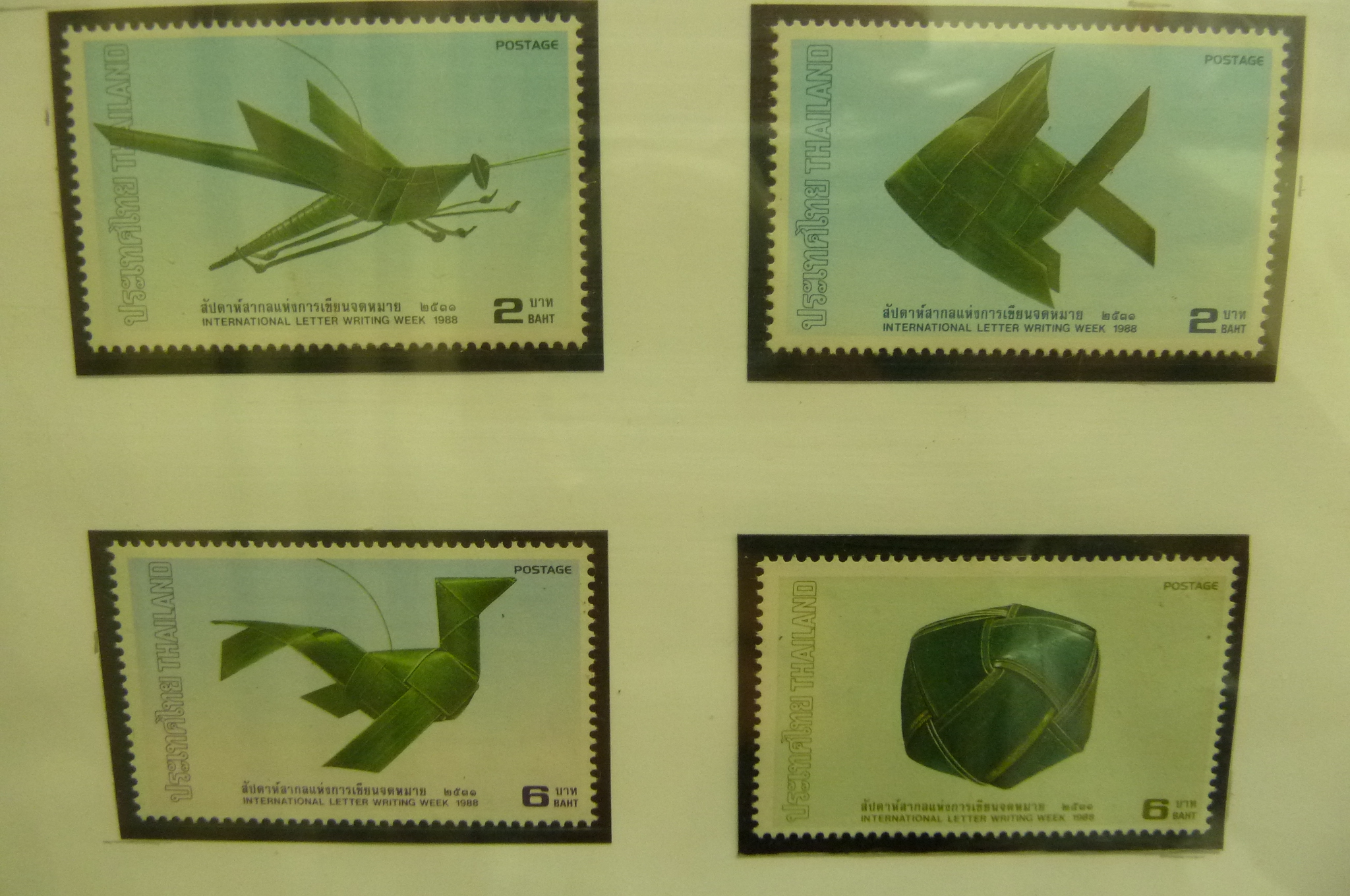 The contemporary stamps are very beautiful as well. So I bought an absolute poop-tonne of them, and some postcards to match. So, if you’re one of the handful of people reading this, you can surely expect to receive such in the mails. Thing is, I bought a bunch of stamps in smaller denominations, so I could have many different types. Great! But, possibly won’t leave much room for the written word.

Decided I’d also like to send a card to the hostel at which I stayed in Bangkok. This prompted an odd conversation with the hostel staff here in Chiang Mai.

Me: How much does it cost to send a postcard to Bangkok?
They: It’s free.
Me: Free???
They: Yes, you just put the stamp, and then you can mail it.
Me: But which denomination of stamp?
They: No, you can buy them at 7-Eleven, or anywhere.
Me: But for how much?
They: [?]
Me: Like: three, five, seven, twelve…?
They: Oh! [After some pondering…] Three Baht, I think.

Also at the Postal Museum was this amazing picture. Nothing to do with the Postal Service, so far as I can tell; but it’s so incredible I thought to share it anyhow (though it’s through glass, so the quality has suffered greatly). Was walking along, and seen this pretty mellow looking dog, with his owner cracking nuts or something inside a tent. Thought it would make a cool picture, but when I squatted down to get a better angle, the dog went all apeshit, and the resulting photo makes it look like some kind of possessed muppet. Went in the park, and this girl was feeding the pigeons. There were so many of them going for the food that it looked like a damned rugby scrum. Thought that would make a cool picture, and when I took my camera from my pocket, I got attacked by one of the pigeons! Motherfucker flew right into me, and I had to beat it off like a friggin’ Hitchcock movie (or what)!

I’m guessing that it had expected that the camera was actually some more food, and couldn’t wait for me to even let fly with it. But, jeez, the animals around here are being all weird.

Tomorrow, I think I may go visit some temples. Yeah, yeah, I know I was expressing cynicism before about the whole Buddhist apparatus. But from what I’ve seen just looking in at them, Chiang Mai’s temples seem to take a more architecturally modest approach that Bangkok’s bombastic uber-palaces. Not to say that they’re altogether without gaud; just that it seems a bit more understated. 1 Response to Finland Has It All