Lovin’ it! But then, who doesn’t love watermelon?

Found a new source for some ace longan action. Some of the fruits are so difficult to open, one’d almost wanna use a nutcracker. But they’re damned good all the same, and much more inexpensive than other vendors’.

Also to-day, went to one of the big humongo-malls to purchase a cleaver with which to open my own coconuts (had been using my little fold-up knife, with my water bottle as a hammer)…and they’re still playing Christmas songs! Me, I’m not complaining.

Met a couple of British dudes. One a fellow juggler who’d seen me juggling, and showed me his impressive skillz. He’s looking into living here permanently and teaching English.

The other on the river taxi; he saw my backpack’s nametag, asked where I’m from, and when I told him, proceeded to ask a bunch of questions about Kurt Cobain whilst telling me of his misfortune getting taken in by Bangkok scammers (which event, he hopes, will bring him good karma).

Apparently I’m the second-ever fruitarian to stay at this hostel in its six-year existence. The previous one, an Italian, didn’t eat any vegetables, however; and he didn’t drink any water save coconut water (came to the right place for that, all right!).

No more real news, except for the best news of all, which is my having come to a realisation; to wit, the best thing about Bangkok: no leaf-blowers!! Instead, the city employs an army of mega-broom wielding hipsters to keep the pathways spic-and-span.

Bet you can’t even recall what it’s like to live in a land without leaf-blowers? I know I sure couldn’t; now, it’s all coming back to me. Perhaps I’m turning into a cranky old geezerman. But I prefer to think that peeps of all ages can agree that leaf blowers are nothing less than outright Satanic. Viva La Mega-Broom! 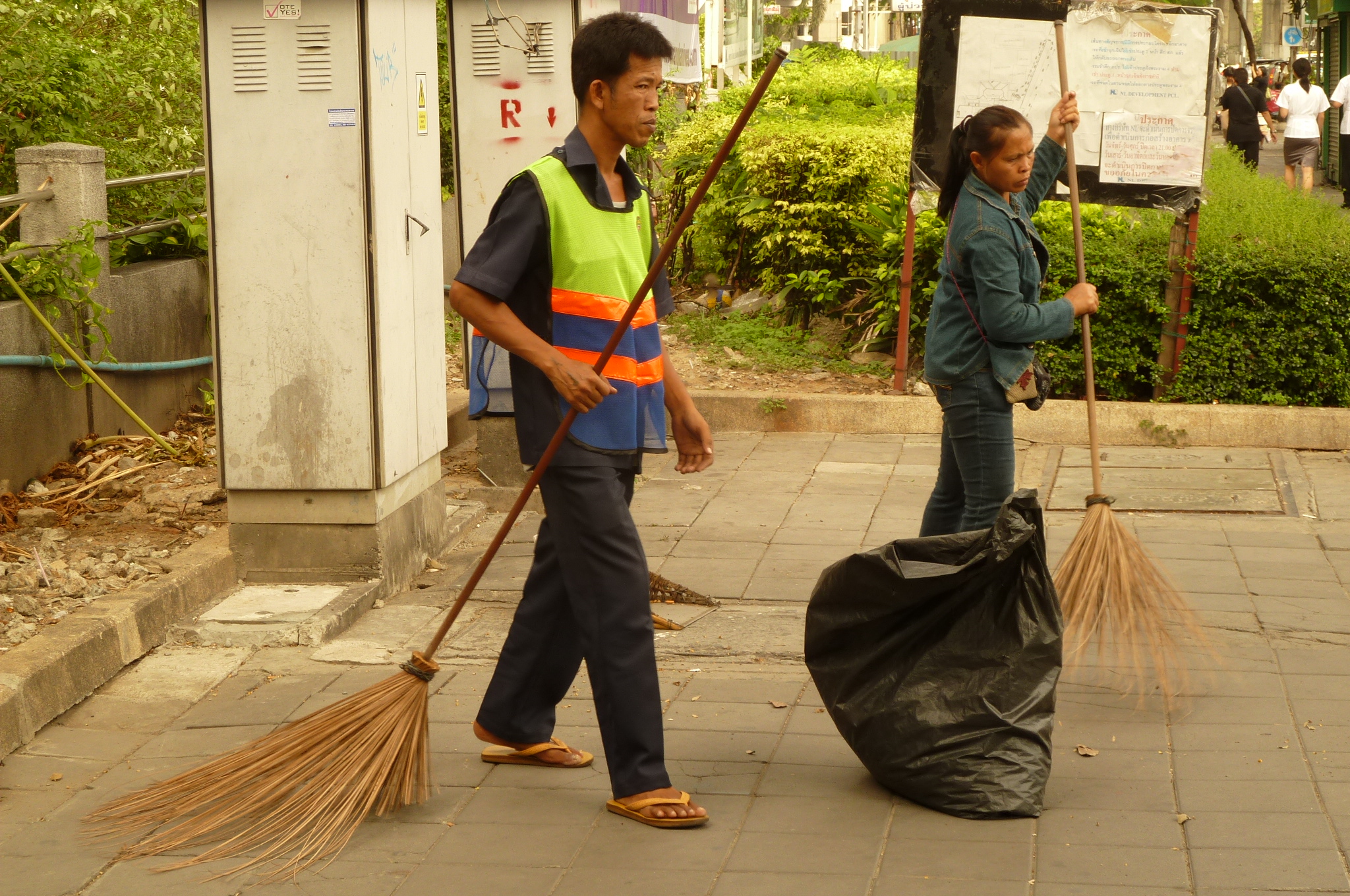 2 Responses to The Black Crow’s Nose

Leave a Reply to your sister Cancel reply