I’d been a mere Folklife dabbler for fifteen years or so; but after the restaurant went out of business, and I could reliably count on having Memorial Day weekend off, I became a true junkie: all day, every day. In my experience, this was the best yet.  (Not necessarily weather-wise — although the weather was so much better than had been predicted, that it’d be scandalous to complain about the rather chilly evenings.)

My method of festival attendance is to hit the ground running: attend alone (or, if not, be willing to ditch others at a moment’s notice), and see as many musical performances as possible. It means no standing in line for food, no loitering between performances, no goofing off at the fountain, etc.. (For better or worse: no doubt a great many consider the foregoing what festivals are all about.)

With thirty-minute sets, ten-minute changeovers, and (like) fourteen thousand different stages, it’s possible to see a poop-tonne of different bands. This year, for example, I recorded sixty different acts! That may not even be a personal record — although it’s probably very close to.

But four days of riding the Folklife whirlwind leaves little time to even scratch one’s dimpled ass — let alone see any forest among the trees. Then come Tuesday, it’s whump! right back into real life, can’t wait ’til next year.

Well, perhaps now I’m a jobless vagabond, I can spare the time for a few anecdotes, even if three weeks later…

But first, a public service announcement. Standing in front of the stage between sets at the Vera Project (I think this was Saturday), there were a coupla ten-year-old (or what) boys next to me. One of ’em says to me: “You’re Mickey, right?” He seemed genuinely shocked to’ve learnt that I’m in fact not Mickey. Then, right after a set at the Fountain Lawn on Monday, a lady came up to me and asked if I were “Freewill”.

So, Mickey, Freewill, if you’re out there: know that peeps is lookin’ for you.

The highlight of the Fest — and perhaps of my concert-going career – occurred early in the final set of the Women’s Voices From Bulgaria And Beyond showcase: The Verimezovi Family — a mother, father, and two daughters. This particular song featured mom and dad on vocals and gaida, respectively.

While I had immensely enjoyed the Showcase up to this point, I was wholly unprepared for the power of mom Tzvetanks’ voice; and so, when she started belting out, a huge wave of emotion swept over me. Was all I could do to keep from bawling my fool head off. Just remembering now, weeks later, is giving me chills.

I guess one’d need to hear it to believe it. So here’s my recording of the song. Enjoy! (And if it doesn’t change your life, I don’t wanna know!)

Meanwhile, Saturday Afternoon, The Vera Project, Hobosexual presented rather a side-splitting turn of events. Hobosexual are a drummer, and…

…this guy; a fucking force of nature stalking the stage like a cat on the prowl, blowing mind-melting metal riffs out of the guitar, and stepping up to the mic for the occasional howled lyric.

So during the changeover (remember, only ten minutes between bands!) he asks the sound guy to run his vocal mic through… 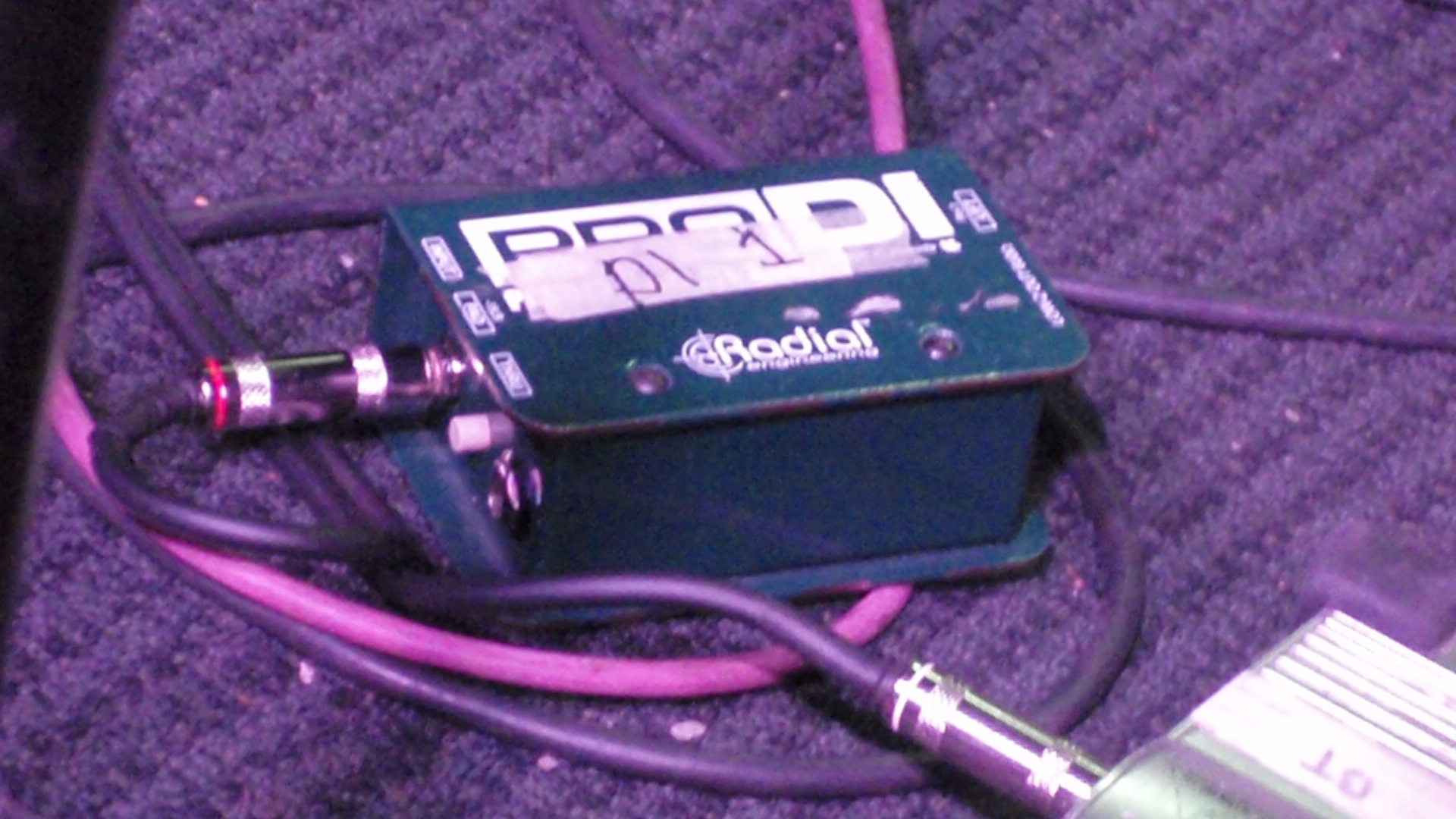 …this box. If you know what the fuck it does, you’re one step ahead of me. Presumably some manner of effects. Meanwhile, Hobo was busy whipping this into line… 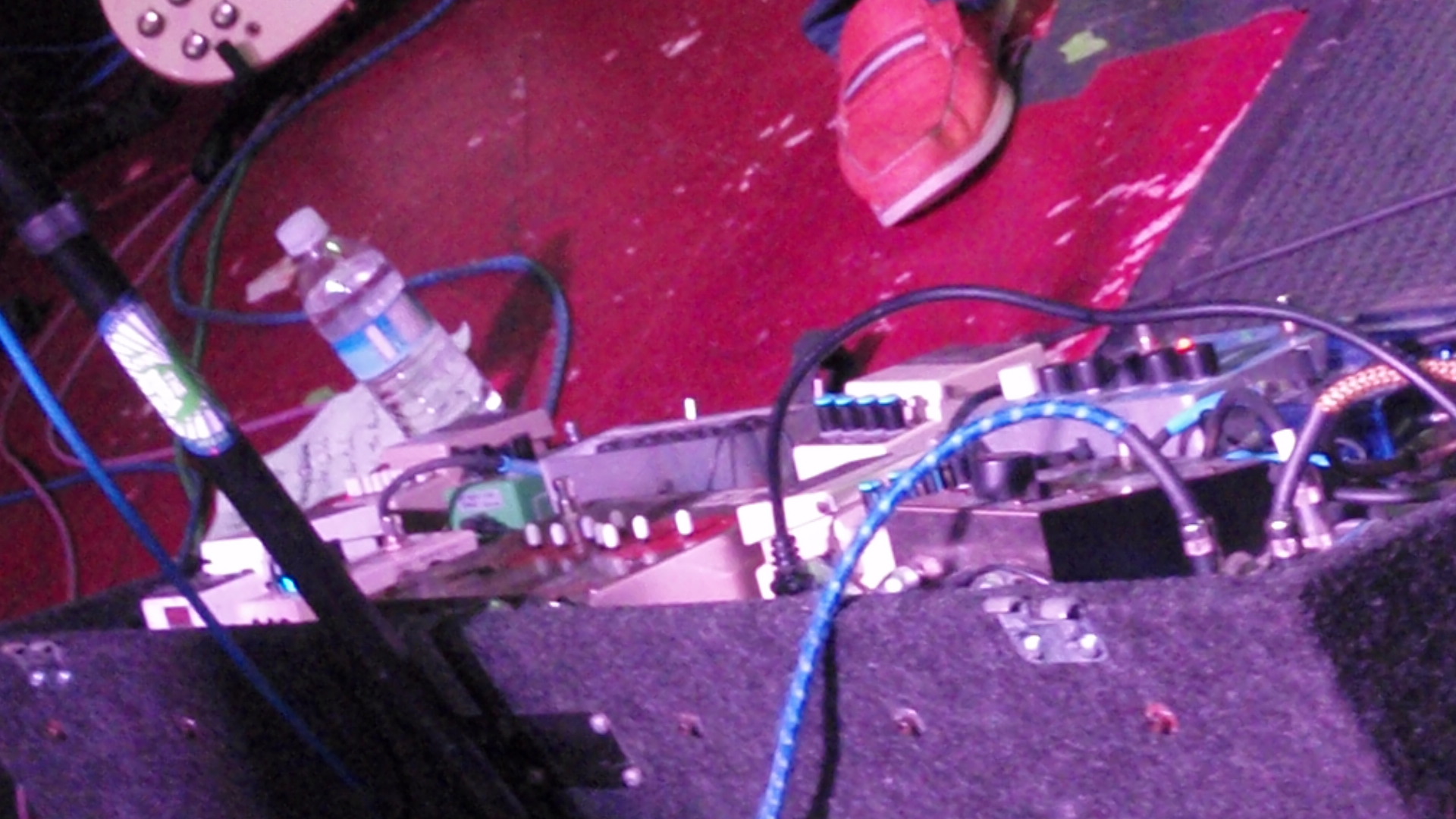 …so wasn’t really paying attention to sound dude’s inability to get any sound out of the mic, despite his frantically attempting many different configurations. At one point, Hobo did glance over and notice that sound dude’d not finished with his task — at which he kind of smirked, and went back to his business.

Finally, sound dude, near tears, had to tell him that it wasn’t happening. Hobo just shrugged and said that if it didn’t work, no big deal. I near to peed my pants laughing…but I’ll allow that you probably had to be there.

Well, I guess that’s enough post-mortem for this year, especially considering that… Montana Folk Fest, second weekend in July …is almost here already. Be there or be square!